Hurtling across the Bay Bridge to Oakland last week with my friend Shawn Rosenmoss, an executive with the San Francisco Department of the Environment, she uttered the words:

"The greatest predictor of survival in a disaster is how well you know your neighbors."

"Really?!" I screamed. "Then what does it mean that so few of us even know our neighbors today?!"

Little did I know how soon I'd test that notion. Suffice it to say that within a week I am facing a deadly hurricane taking direct aim at us in South Florida. Our young neighbors in the next slip helped us prepare our boat even though the husband is catching a 7 a.m. flight to start a new life as an astronaut. We helped our suburban friends put up their storm shutters and will ride out the storm with them. 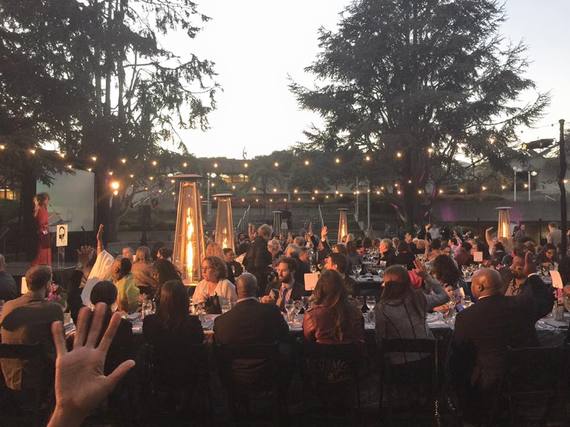 The stars were out above and below at Outdoor Afro's GlampOut at the Oakland Museum Thursday night, September 29. Outdoor Afro Photo.

Frank and I were in Oakland to attend Rue Mapp's Outdoor Afro GlampOut Fundraiser, a sophisticated affair where approximately 275 outdoor lovers transformed from hiking boots and backpacks to elegant gowns and suits and mingled under the stars to the lovely sounds of jazz. Outdoor Afro leaders from across the country trained to connect communities through activities including camping, hiking, biking, birding, fishing, gardening and skiing converged with supporters from the National Park Foundation, the Sierra Club and REI among others. The feeling of love and mutual purpose was palpably in the air. (Contribute here.)

As recipients of Outdoor Afro's "Lifetime Achievement Award," we follow in the footsteps of last year's winner, the indomitable Ranger Betty Reid Soskin, and had the luxury of her presenting our award. Both Frank and Rue and I are members of the Next100 Coalition striving to make the public lands system relate to a wider cross section of the American public. 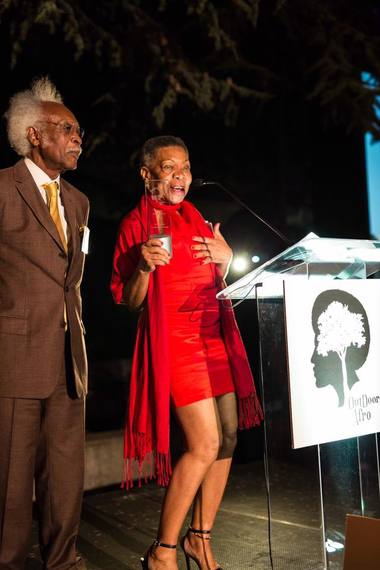 Frank waited till I finished my one-minute 'thank you," then stepped up to the mike and intoned, "Ditto" breaking the audience up with laughter.

"Thank you and Frank for the vision of 'Breaking the Color Barrier' conference that launched Outdoor Afro among a community of nature lovers of color - and all the ways you have been steadfast in bringing us together, and welcoming more to elevate our work and the parks we love," said Rue in a sentiment I'll treasure forever.

(The conference we convened in Atlanta September 2009 in partnership with the National Park Service, the US Fish and Wildlife Service, Defenders of Wildlife, REI and NPCA is widely credited as the spark that catalyzed the efforts of outdoor leaders who'd been working in isolation.) 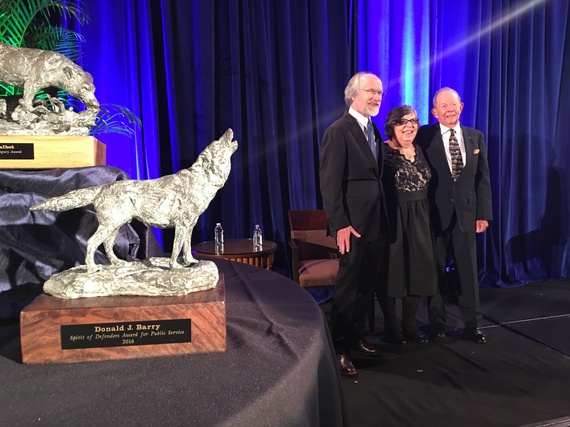 By some incomprehensible twist of fate, while we were on the West Coast being recognized our greatest ally, Don Barry was simultaneously being honored with the Spirit of Defenders Award for Public Service by Defenders of Wildlife in Washington, DC. We can truly attest to Don's dedication to public service and expanding the benefits of the public lands system to the entire American population. Since we met at the 10th Annual Conference of the George Wright Society in Asheville, NC (our participation was sponsored by a still-unknown benefactor) we became instant best friends and Don has opened many doors for us over the years - building community.

The national parks and the public lands system have provided me with a community wider than I can describe. I'm as likely to run into a park ranger friend in Alaska as in South Florida. I do not ever want these treasured assets to become cheapened or commercialized as the proposals in Director Jon Jarvis' Directors Order 21 would inevitably lead to. Among other things, the order requires staff to raise funds to maintain our parks, loosens the rules on "donor recognition," and lifts restrictions on naming rights in our parks.

While thousands of Americans objected to the order in the limited public comment ending in May, the Park Service has yet to release their final proposal, effectively freezing the public out of the process. With the Service's reputation taking a hit this year with multiple scandals, we are basically being asked to trust that the leadership will make the right decision. (Responding to my inquiry, Director Jarvis said "What you may have read by our critics is way wrong...." I informed him that I came to my conclusion by reading the Order.) The recent closure of the Blue Ridge Parkway to film a Subaru commercial gives us an inkling of what's to come. 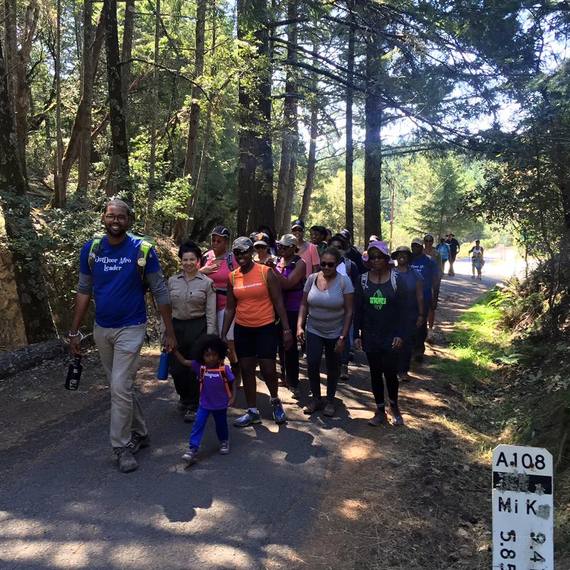 This weekend seven members of the 2016 Outdoor Afro Leadership Team will hike the Maryland Portion of the Appalachian Trail, as part of a 40 mile trek in tribute to the thousands of African Americans in history who found their freedom on the Underground Railroad in nature. Outdoor Afro Photo.

So I am heartened to learn that the Campaign for a Commercial-Free Childhood filed a Freedom of Information Act forcing the Park Service to release public comments. I am very concerned by what will happen to our parks in the future if we allow ourselves to be lulled into a false sense of security.

Nature shows our commonality as one human species. We need our Congressionally and Presidentially protected national parks to be places of respite where we can get to know and love ourselves as Outdoor Afros are doing. Then we can build and expand our communities by cutting through the artificial lines of race and culture that we have created.

If our survival from Hurricane Matthew depends on how well we know our neighbors, I feel pretty confident that God willing, Frank and I will survive. May all in the path of life's storms feel blessed.