More voices are coming at us from all directions, and, thanks to emerging media outlets and the social media platforms which amplify them, they're louder than ever. With these new voices come new learnings, passions and, yes, gripes. For the most part, this is great: An increased diversity of perspectives holds the potential for not only more truths, but a better understandings of the would-be truths that the rest of the media has to date held as gospel.

But for others, all this noise is just tiring. People are "tired of outrage."

RT if you are tired of outrage.

Anyone else tired of outrage? It's the popular thing, but I just can't spark internet outrage anymore. The press really needs a new word.

I hope the next big national controversy is about hugging, or petting small furry animals, or maybe drinking hot cocoa. #outragefatigue

And on the day we all tired of outrage and sarcasm, the Internet collapsed.

I have outrage fatigue. Which is of course very helpful to those causing the outrage in the first place.

My outrage fatigue has PTSD.

Let's unpack this. We'll use some commonly heard refrains as a guide.

"Pretty soon everyone will be upset about everything." 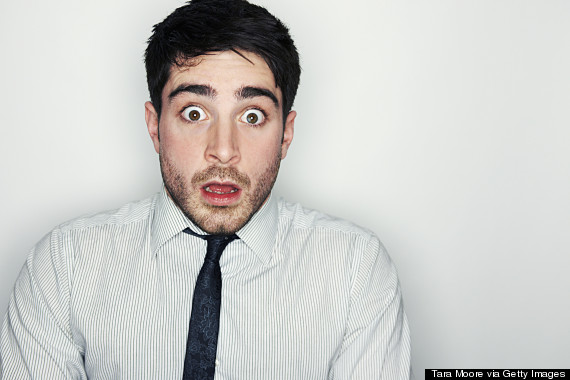 The thing is, people have actually always been upset about the issues that are enraging them now. The only difference is that the person making the above statement is now interacting with perspectives outside their immediate community and is being exposed to what are almost always longstanding grievances of minority communities.

Quite a bit of internet ink was spilled as to whether or not 2013 was "the year of black movies." Some more ink will likely be spilled about how the Academy did a pretty horrible job of including movies with black leads in the nominee pool ("The Butler," "Mandela" and "Fruitvale Station" are not invited to the party). But people aren't "suddenly" mad that people of color are underrepresented both on screen and at ensuing award shows.

Another surprise: If your internal "outrage meter" told you that 2013 was the year people started "complaining" about how tacky and offensive it is when celebrities like Katy Perry perform in yellowface (or Selena Gomez clumsily apes Bollywood style or Miley Cyrus goes off about "hood music"), you're also late to the party! Ask anyone who speaks a foreign language to tell you about a time a sitcom or movie character that was allegedly [insert nationality here] spoke gibberish instead of words in [insert corresponding language here], and they'll be able to rattle off plenty.

"It's just that every day, there's some new thing that everyone is mad about." 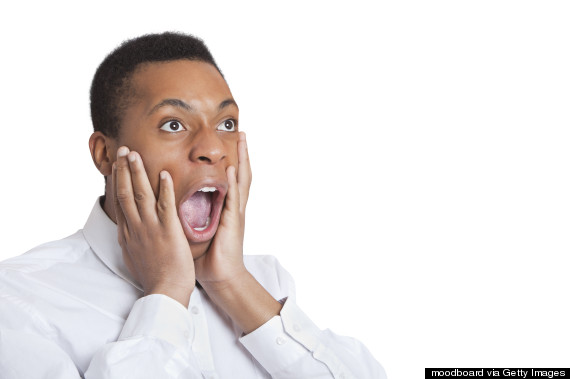 This one's especially fun, because it turns a blind eye to the fact that for decade upon decade, every single major newspaper and television station has broadcast the perspectives of the most privileged members of American society. Those expressing outrage fatigue scoff at the variety of topics which light up "black Twitter," but forget that newspaper editorial boards and opinion pages basically remain "white male Twitter" writ-large.

This continues to this day -- not only is the old-dude crowd still firmly in power over in America's newspapers, where the median age of an opinion columnist is 66 and men outnumber women 105 to 38, but we live in a world where a (white, male) Business Insider editor's annoyance with bathroom attendants in fancy restaurants is cause for their dismissal. It's safe to say that we have and will continue to have heard every idiosyncratic white male beef with everything that has happened and/or will happen. We are literally at the point where men are not only recounting how smoking weed made them feel lazy when they were young in the pages of the New York Times but making policy suggestions based on their adolescent experiences with puffing and passing.

The work will never be done. "I love America more than any other country in the world," James Baldwin wrote. "And, exactly for this reason, I insist on the right to criticize her perpetually." (Side note: If James Baldwin was writing in a Facebook era, or if Baldwin's work was required reading in American schools, none of this would be news to any of us).

"But who cares, really? Why are people so upset all the time?!" 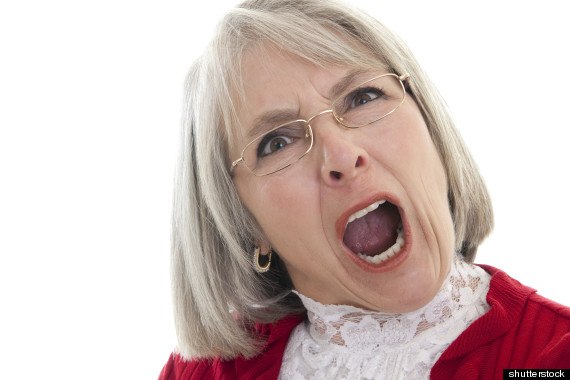 People care because the issues that may seem trivial from a more privileged perspective -- like whether Selena Gomez wears a bindi -- are often coded on the bodies, cultural histories and shared experiences of other communities. In populations for which identity politics is not just the stuff of undergraduate thesis statements, these are issues of life or death. For example, it's a sign of privilege to not be able to see the discord between a pop star cashing in on culturally specific clothing and a woman of color who faces discrimination and/or violence for authentically wearing that same style of clothing. Discords like that -- between appropriations of culture and the realities of life on the ground for said cultures -- matter.

I really understand that folks feel oppression & outrage fatigue. But honestly those of us who give a damn can't afford not 2 fight. We must

Even if we set aside, for a moment, the implications of last year's George Zimmerman verdict, the murder of Renisha McBride, the countless Americans of Middle-Eastern descent harassed or worse at airports, stop-and-frisk, police brutality toward disenfranchised groups, unemployment insurance, the war on poverty, etc. and only focus on issues like cultural appropriation, there's no evidence that the inclusion of more diverse voices has cost more historically privileged voices anything. We must remember that, yes, truth matters and social media outrage always carries the risk of performativity, but these are problems that deserve critical engagement, not dismissiveness.

Catharsis also matters. It is cathartic for historically marginalized groups to publish, be read and shared, because there's something truly maddening about not having been able to publish in mainstream media outlets, to not see semi-accurate representations of yourself, your friends and family on television and in music videos and movies for so long. It's not just activism, rhetoric and speaking truth to power. The act of publishing is a celebration.

"Stop talking about privilege! Every life has its challenges." 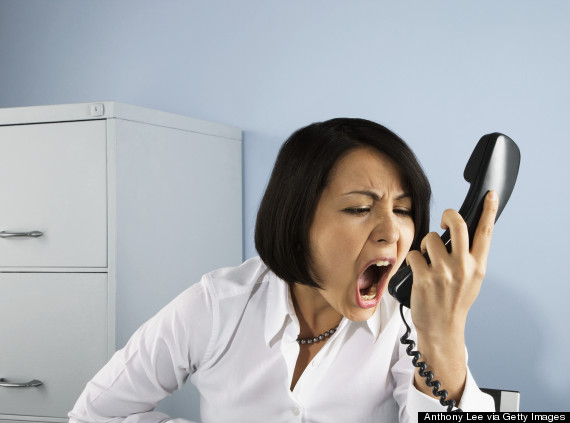 Of course, everyone faces their own set of challenges. But I'm not that interested in convincing someone who doesn't believe in privilege as a concept that operates on a sliding scale. That's too basic, but it's worth noting that privilege is highly correlated with one's tolerance level for "outrage." The amount of privilege that one is born with and accumulates over the course of one's life seems to be indirectly proportionately to one's patience for the voiced discomfort, outrage or pain of others. And that's why grown, educated white men feel comfortable writing the words "race card" in columns published in the Washington Post.

"All these articles about race are keeping this country divided, fueling race wars and, worst of all, keeping minorities busy being angry at rich white people instead of pulling themselves up by their own bootstraps." 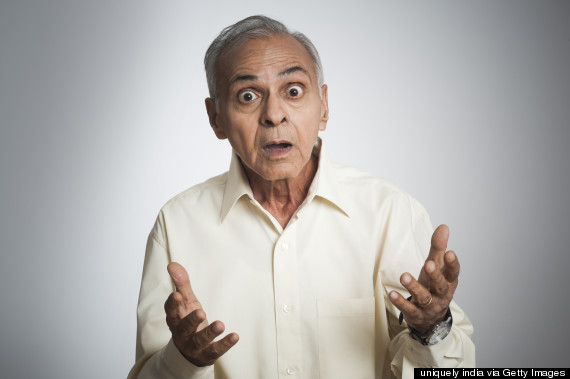 This is the apex of outrage fatigue, wherein people convince themselves that it's articles about race which are creating societal ills like poverty, not policies, institutions and decades of media created from the perspective of a narrow slice of society in service of that same, privileged slice. But sure, it's this essay, in fact, which causes racism and sexism. Not racism or sexism itself.

It's worth noting, of course, that "outrage" itself is a weighted term, one that's in vogue like "backlash" was when people started having feelings about Lena Dunham and "Girls." But unlike "backlash," which at least allows a cause-and-effect, "outrage" reads more like "hysteria," a historically efficient way of dismissing valid concerns. The very phrase "I'm tired of people being outraged all the time" requires the assumption that the "outrage" is unwarranted, otherwise the speaker would be admitting a troubling lack of empathy.

What's really happening here is that outrage fatigue is like anti-intellectualism for conservatives and liberals (and especially neo-liberals) alike. There's a high societal tolerance for rolling one's eyes at a "thinkpiece" about race or gender. Never mind that for every article about race, there are scores of comments telling the author and outlet that topics such as race and gender don't matter, creating an exponentially higher number of folks spending time telling people that things don't matter than the number of people suggesting that they might actually matter.

But how about instead of voicing outrage fatigue, we tried listening? Perhaps it can be tiring to be confronted with a wider array of perspectives. But it should also be exciting! No one is forcing anyone to read a thinkpiece or feelpiece. We're operating in a social media age -- if an article has spread across the internet, that's because enough readers feel something about the content of the story to share it along. In other words, people care about it.

Or maybe you just really don't care. But if you just can't bring yourself to listen, then at least just look away. It doesn't cost you anything for someone else's voice to exist.