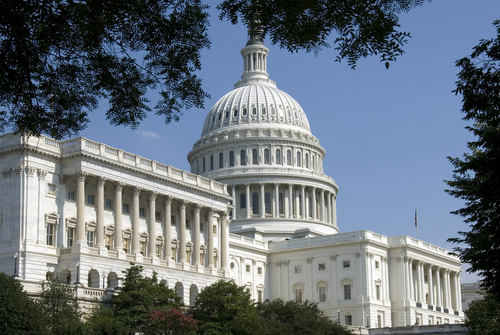 In December 2016, after weeks of secret negotiations, the lame-duck Congress passed — and President Barack Obama signed — the dangerous 21st Century Cures Act. The bill had been sold erroneously as a commonsense, bipartisan compromise that would enable scientific innovation and medical breakthroughs. But in reality, the legislation will provide a grab bag of goodies to pharmaceutical and medical device corporations and will undermine Food and Drug Administration (FDA) requirements for ensuring that drugs and medical devices are safe and effective.

The debate over the 21st Century Cures Act triggered one of the largest and most intense lobbying campaigns for a health care bill in recent years. During the past two years, more than 1,450 lobbyists representing 400 companies, universities and other groups — including 108 pharmaceutical, medical device and biotech companies — lobbied Congress in an effort to shape the legislation. PhRMA, the leading trade association for brand-name-drug manufacturers, spent nearly $25 million on lobbying for the bill.

Some of the most troubling provisions buried in the nearly 1,000-page bill will:

Many members of Congress were persuaded to turn a blind eye to these harmful provisions by promises of nearly $5 billion in additional funding for the National Institutes of Health (NIH) to support research on cancer, brain disorders and precision medicine. But there is no guarantee that this funding — which is to be doled out over the next 10 years — will be approved by future Congresses. Permanently weakening the FDA in exchange for tenuous promises of increased NIH funding is a bad deal for patients.

A small silver lining in the passage of the 21st Century Cures Act is that Big Pharma and the medical device industry did not receive all the goodies they had put on their long wish list. However, emboldened by the successes that they did achieve, pharmaceutical and device companies and their highly paid lobbyists undoubtedly will push Congress to pass new legislation in 2017 that would further erode the FDA’s standards for the review and approval of medical products. That would make what is already a bad deal for patients even worse.