In 1979, the first major exhibition of Outsider art in England opened at the Hayward Gallery, co-curated by British art critic Roger Cardinal and British poet, art dealer and curator Victor Musgrave. Written on a placard at the show was a quote from French artist and proponent of what is called art brut, or raw art (work by untrained artists working outside aesthetic norms) Jean Dubuffet, which read:

Outsiders: Art does not lie down on the bed that is made for it; it runs away as soon as one says its name; it loves to be incognito. Its best moments are when it forgets what it is called.

Among ephemera related to this show that is now available online is a scrawled out list of potential titles for this show, which included: "The Other Art," "Beyond Surrealism," "Art Without Tradition," "Alternative Visions," "Raw Creation," "Art Without Crutches," "Total Art," "The Raw and the Pure," "Singular Art," "Art of the Unknown" and "Real Art." Real art? Is "real" art that which is untouched by a dogma, theory, art education; art by the untrained artist; art without precedent; art without tradition? Or does Outsider art refer to art of the mentally ill, art of the insane or perverse?

The line to which one might be considered an "Outsider" artist has gotten very blurry in the past decade and the definition muddled. Lyle Rexer wrote about this very blurry area in his story "All Together Now" http://www.artinfo.com/news/story/33596/all-together-now/ for the February 2010 issue of Modern Painters, accompanied by incredible imagery from artists such as Judith Scott, James Castle, Oswald Tschirtner, Williams Hawkins, William Scott, Bill Traylor, and Martin Ramirez. In effect, Rexer said that "insiders" and "outsiders" have been rubbing shoulders for quite a while; he brought up the question of whether insiders and outsiders are now one in the same or whether outsider artists--untrained and uninterested in being an insider--are simply at the will of the dealers, critics, collectors, and other artists who bring them to the inside. It is an unresolved debate but nevertheless, the influence of Outsider art on the mainstream art world has taken hold. (On a cynical note, perhaps this interest has something to do with an unexplored genre equaling opportunity for a new viable niche in the art market. For example, when filmmaker and entrepreneur James Brett opened the Museum of Everything in London last October, collectors who had been associated with Outsider art for decades felt the initiative was not genuine, playing to a market or piggybacking on a trend.)

An active and longtime proponent of Outsider art is Monika Kinley, widow of the aforementioned Musgrave. Since her husband's death in 1984, Kinley continued to expand the collection and curate shows of Outsider artists. In 1998, Kinley arranged a major Outsider exhibition at The Irish Museum of Modern Art in Dublin, titled "Art Unsolved". That exhibition eventually made it to the Whitworth Art Gallery, The University of Manchester, in 2002. And from here on in, a relationship between Kinley and the museum was gelled.

In March, Trustees of the Musgrave Kinley Outsider Art Collection gifted the entire collection to the Whitworth, comprising of nearly 800 works, on paper, textiles and sculpture. Last weekend, a show to celebrate this very generous bequest, opened at the Manchester gallery. Titled "Intuition," the show represents most of the artists in the collection--including Henry Darger, Madge Gill, Chris Hipkiss, Anna Zemánková, Sava Sekulić, and Scottie Wilson, among others--and makes up about 20 percent of the total collection. The exhibition, located on the second floor of the gallery, is a simple and elegant installation, an homage to the couple's great achievement--not simply the collection they amassed but the rich relationships they developed with many of these artists--with a beautiful undercurrent of their intention: Walls are not cluttered with explanatory placards or pedantic explanations about what Outsider art is or means. In fact, having seen a preview of the show before it officially opened--accompanied by Ms. Kinley herself, who gave inspiring stories of road trips that she and her husband took around the UK and across Europe to find and meet these artists--and looking through the works while the credit placards were not yet pinned to the wall, the essence of what this work means resonated. The work is intuitive and unself-conscious, bold, honest, real. As Dubuffet said, the work's "best moments are when it forgets what it is called." See for yourself. 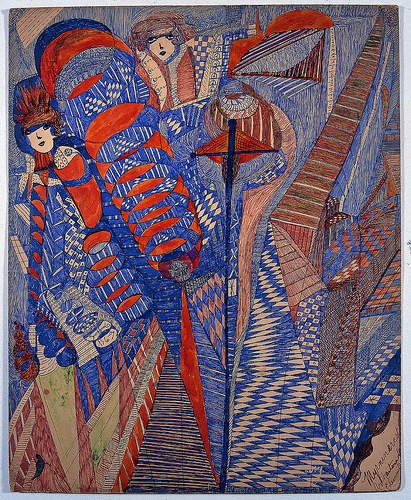 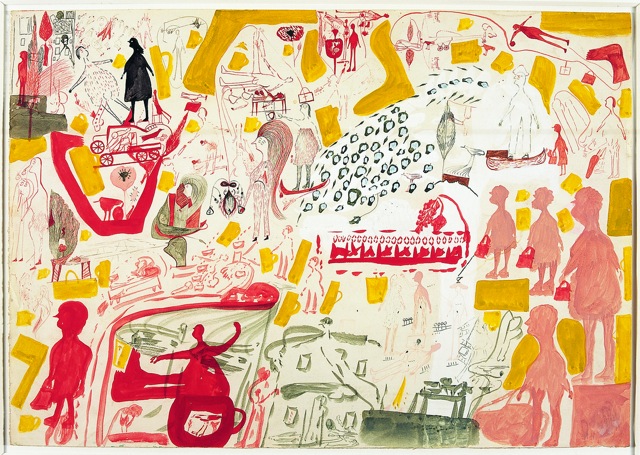 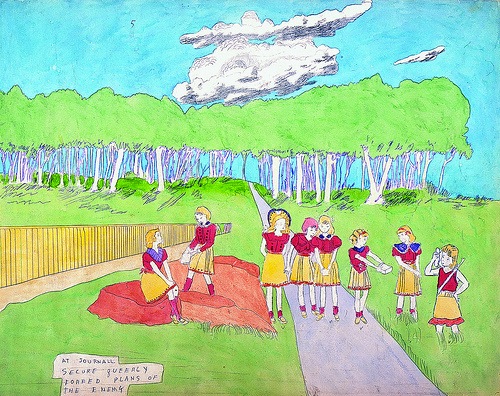 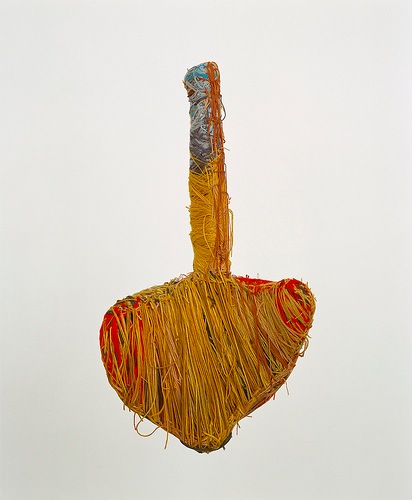 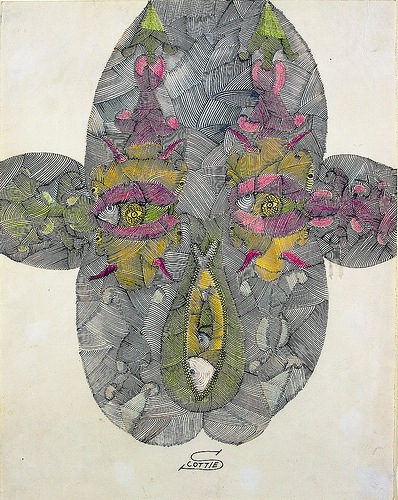 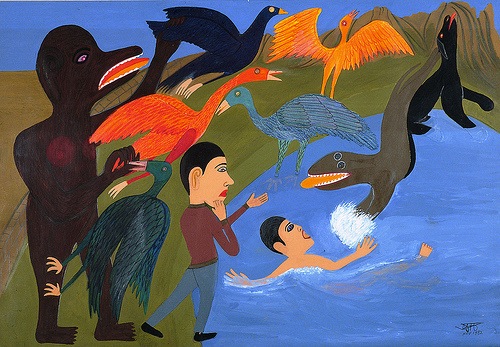 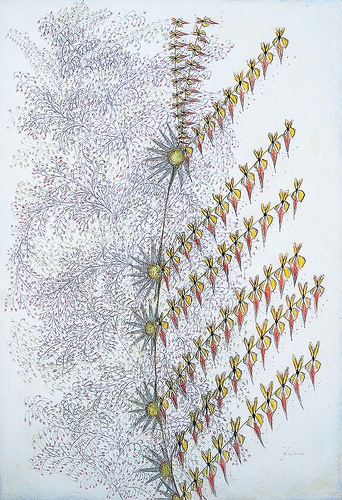 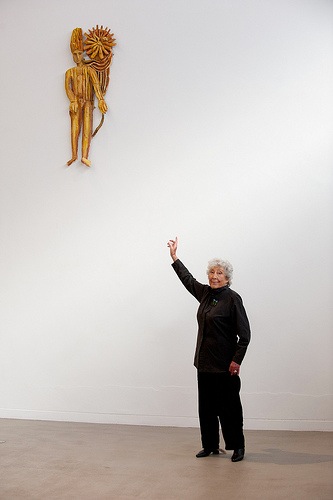