I have been enamored with Outstanding in the Field's dinners since the first photograph I saw of one of their 200-person-long outdoor dining tables. Breathtaking, right? And the more I learned about these dinners, the more I knew I had (no, not just wanted) to attend one myself. Fresh food, a truly farm-to-table experience, sustainable eating and sharing a meal with a ton of new food-loving friends? Sign me up.

Founded in 1999 in Santa Cruz (the first dinner was hosted at Andy Griffin's Mariquita Farm), Outstanding in the Field hosts outdoor, farm-to-table dinners at some of the most scenic settings across the country. In the words of founder Jim Denevan, the idea was born from a desire to create a "feast in celebration of the farmer and the gifts of the land." He hoped to create an environment that inspired conversation about "food, community and the meaning of place" both within the confines of the dinner table as well as beyond it.

Fifteen years later, Denevan's vision has come alive and has undeniably been a success. OITF has achieved a balance between their grassroots integrity and increasing popularity; a majority of the 2014 dinners have already sold out -- some within 24 or 48 hours of opening. But if you're lucky enough to snag a spot at one of the Outstanding in the Field dinners, you'll find out why they're so highly sought after. I was finally able to attend a dinner at Temecula's Crows Pass Farm, and I genuinely can say it was one of the most memorable dining experiences of my life. 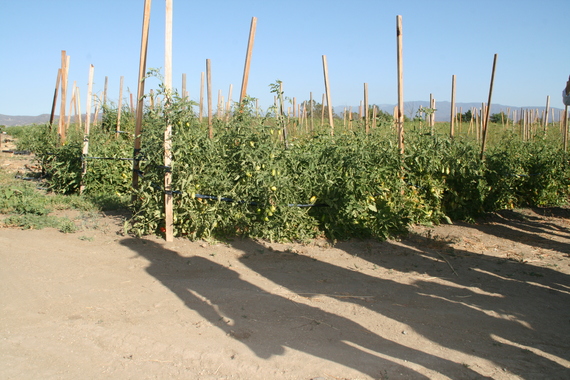 - A female diplomat, who recently returned from Trinidad and Tobago.
- A producer/director of theater that focuses on plays written by and/or about women.
- A stand-in on Grey's Anatomy.
- A sommelier-in-training.
- A PR representative for GoPro (who yes, brought a GoPro to the dinner -- if you see this, please send me some footage!).

Advertisement
One of my favorite people from the night was an older Irish woman who studied math at Boston College in the 1960s. She talked about how hard she had to fight for a job that wasn't a math teacher, and told me how lucky I was to have the opportunities I do. Have I mentioned how badass these people were and how completely in love with them I fell? 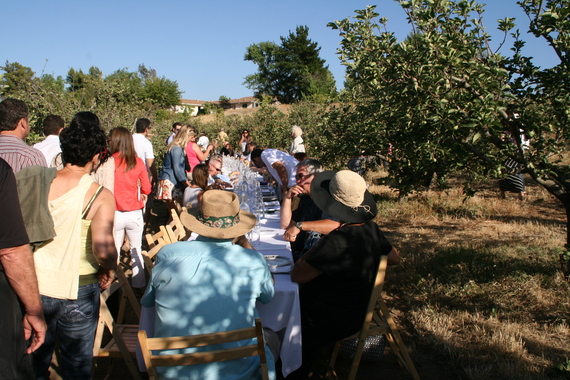 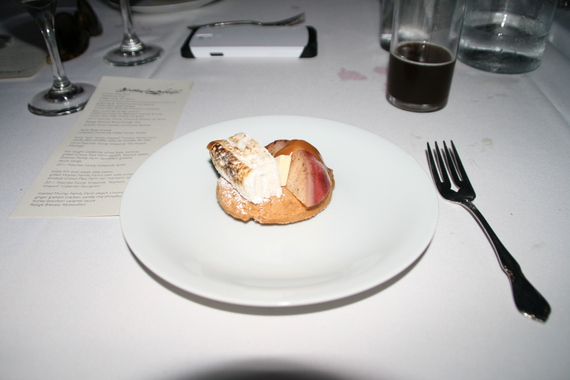 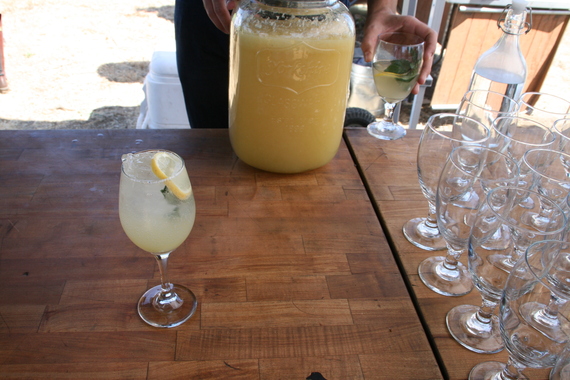 My personal favorite selection was actually the beer pairing accompanying the peach s'mores dessert -- the Refuge Brewery Mystourbon. A dark, deep brew with cocoa, caramel and maple undertones, this beer felt like a dessert in and of itself. But alas, I of course ate the s'mores as well.

All in all, it was a night I will absolutely not forget -- and one I am hoping to have the opportunity to repeat.

For the full set of photos, see the slideshow below.

For more information or to attend a dinner, check out Outstanding in the Field's 2014 schedule.

Outstanding in the Field