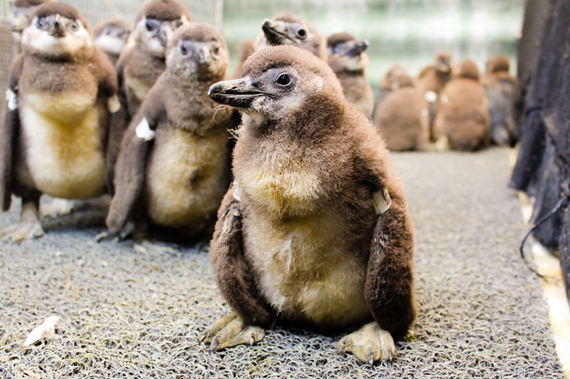 As the holiday season gets underway, a far less joyful annual tradition is beginning in South Africa. Each year from October through January, South Africa experiences a mass abandonment of African penguin chicks on its shores. This phenomenon has been recorded since the early 1900s and aligns with the birds yearly moult which is the process adults penguin go through to replace their feathers with a new waterproof set. During the month long moulting process, the adults are unable to hunt for fish or feed their young and as a result, those chicks that have yet to fledge are abandoned and face starvation.

The African penguin was classified as endangered in 2010 and today it is estimated that less than 2% of the natural population remains in the wild, or roughly 25,000 breeding pairs. This dramatic decrease is largely attributed to human interference in both habitat and food supply. For this reason, it is of critical importance to rescue every single abandoned bird. The future of the species may depend on it. 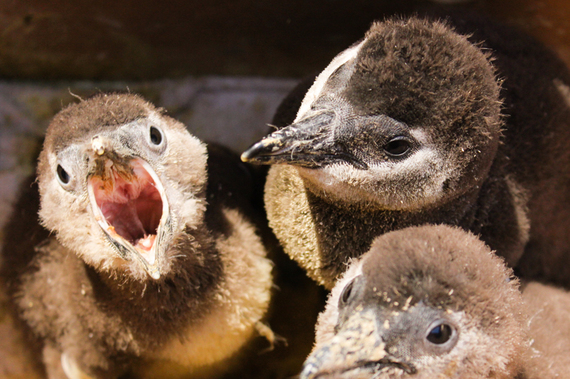 Penguin chick rehabilitation can take from six weeks to three months depending on the condition they are in when rescued. The Southern African Foundation for the Conservation of Coastal Birds (SANCCOB), based in Cape Town, is the world's premier organization dedicated to saving the African penguin. Nicky Stander, SANCCOB's manager of rehabilitation, states that, "The majority of the chicks admitted this year are significantly smaller and younger than in previous years. This means that they will stay for much longer at SANCCOB and therefore the cost of raising them will increase as a result."

Because these chicks are so critical to the health of the natural population, it is imperative that they spend as little time as necessary in captivity. Once healthy, these birds are immediately released back into the wild. Studies show that birds that have been rescued and released in this way have a survival rate comparable to that of naturally reared chicks.

SANCCOB has already taken in 258 African penguin chicks so far this year with hundreds more expected before the end of the season. As you look for the perfect gift this holiday season, why not make a donation to SANCCOB. It only takes $72 to feed and care for one chick but every penny counts in helping to save this incredible species. 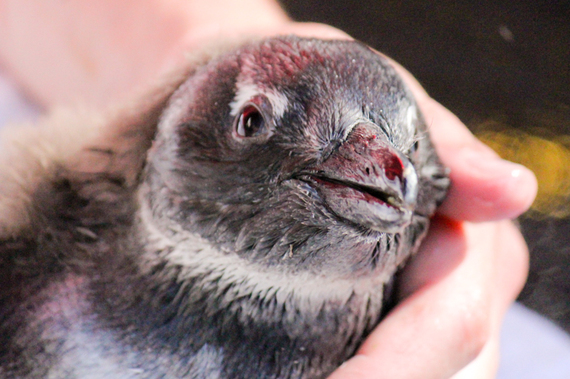