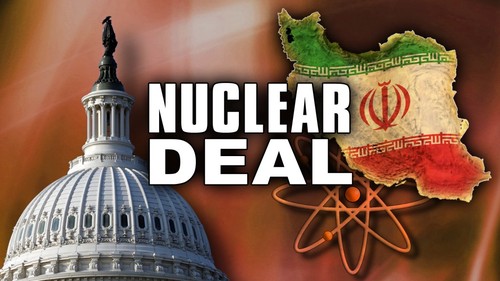 Over 750 rabbis across every major denomination have signed a letter calling on Congress to reject the nuclear deal with Iran.

In our open letter to Congress, we urge members to reject the proposed deal and call on the administration to return to the negotiating table in pursuit of a better agreement.

"[W]e are deeply troubled by the proposed deal, and believe this agreement will harm the short-term and long-term interests of both the United States and our allies, particularly Israel," our letter states. "[W]e agree with the assessments of leaders and experts in the United States, along with virtually all Israeli voices across the political spectrum, that we can, and must, do better" we added.

I organized the letter with my colleague Rabbi Kalman Topp to demonstrate to congress the overwhelming opinion of Jewish rabbinic and communal leadership on the Iran deal.

The number of rabbis signing the letter keeps growing and the list includes many prominent rabbis.

Most critically, we have support from rabbis of all denominations and across the country.

This letter truly represents the sentiment of a broad breadth of the American Jewish community that this is a flawed deal that will not stop Iran from obtaining nuclear weapons.

Instead, this deal provides Iran with vast financial resources that it can use to further destabilize the region.

Here is our press release.

To see the signatures of the growing number of rabbis signing on click here.

The copy of our letter is below:

We, the undersigned rabbis, write as a unified voice across religious denominations to express our concerns with the proposed nuclear agreement with Iran.

For more than 20 months, our communities have kept keen eyes on the nuclear negotiations overseas. As our diplomats from Washington worked tirelessly to reach a peaceful resolution to the Iranian nuclear challenge--we have hoped, and believed, that a good deal was possible.

Unfortunately, that hope is not yet realized.

We have weighed the various implications of supporting--or opposing--this agreement. Together, we are deeply troubled by the proposed deal, and believe this agreement will harm the short-term and long-term interests of both the United States and our allies, particularly Israel.

Collectively, we feel we must do better.

If this agreement is implemented, Iran will receive as much as 150 billion dollars, without any commitment to changing its nefarious behavior.

The Iranian regime denies basic human rights to its citizens, publicly calls for America's downfall and Israel's annihilation, and openly denies the Holocaust. This dangerous regime--the leading state sponsor of terrorism--could now be given the financial freedom to sow even more violence throughout the world.

But what do we get in return?

Even after flooding Iran with an influx of funds, this deal will not subject Iran to an airtight, comprehensive inspections structure--granting the regime the means to violate the agreement and develop a covert nuclear program.

The deal would also lift key arms embargos, so that in eight years Iran will be given international legitimacy to arm terror groups with conventional weapons and ballistic missiles.

We fear the world we will leave our children if this deal is approved. And we fear having to someday bear the responsibility for Iran becoming wealthier, further empowered and better equipped to produce nuclear bombs when we had the chance to stop it.

For these reasons, we agree with the assessments of leaders and experts in the United States, along with virtually all Israeli voices across the political spectrum, that we can, and must, do better.

We call upon our Senators and Representatives to consider the dangers that this agreement poses to the United States and our allies, and to vote in opposition to this deal.

Furthermore, we strongly support and heed the call to action of many Jewish organizations to express our collective opposition to this dangerous agreement.

At this historic moment, with so much at stake, we have a critical responsibility to shape the world we pass on to our children. With no less than the safety of future generations hanging in the balance, we must insist on a better deal.

We hope and pray that God will assist us in ushering in for the entire world a time promised by Isaiah (2:4) when "nation shall not lift up sword against nation, neither shall they engage in war anymore," when peace will prevail. Until then, we simply cannot afford to empower and enrich a regime that continues to lift its sword without mercy towards so many who stand for good, freedom and peace.