As the number of people in need of humanitarian assistance worldwide grows, humanitarian agencies will continue to rely on resources from a special UN pool fund -- the Central Emergency Response Fund (CERF) to respond to crises in 2015.

Dozens of donors today pledged some $418 million to the United Nations' CERF at the annual high-level conference. The funds will support critical, life-saving humanitarian operations in 2015.

Earlier this month, the United Nations Office for the Coordination of Humanitarian Affairs said that more than 100 million people are in need of humanitarian assistance today, three times as many as 10 years ago. 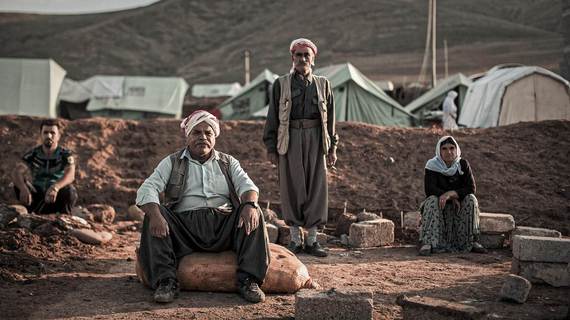 In 2014, CERF allocated US$222 million to conflict-related displacement, like in northern Iraq. Credit: OCHA/Iason Athanasiadis

"When natural disasters strike and conflict rages, it is our duty to do everything we can for the women, children and men caught in crisis. This fund is one of the most effective tools we have to help people face the immediate, devastating effects of natural disasters, armed conflict and chronic emergencies."

Several long-standing donors announced significant increases in their contributions, including Germany, The Netherlands and Turkey. All pledges will allow the UN's emergency fund to support rapid humanitarian response for people affected by natural disaster and armed conflict in 2015.

"In my four years as Emergency Relief Coordinator, I have seen the impact that this fund has had for some of the world's most vulnerable people from Sudan to Mali, from Afghanistan to Haiti," concluded Valerie Amos.