"I just don't know how he/she manages to do it all!"

If people are always saying this about you, you may be an overachiever.

But while the title of "overachiever" often has a positive connotation -- think back to your elementary school days, when being an overachiever basically meant being the teacher's pet -- it's not always all it's cracked up to be. Overachievers are more likely, for instance, to feel anxious. And their motivations for, well, over-achieving, often stem from the need to avoid negative judgment, explains Robert Arkin, Ph.D., a professor of psychology at The Ohio State University.

If you're an overachiever, a lot of the following signs are probably true for you:

1. It's all about the outcome. 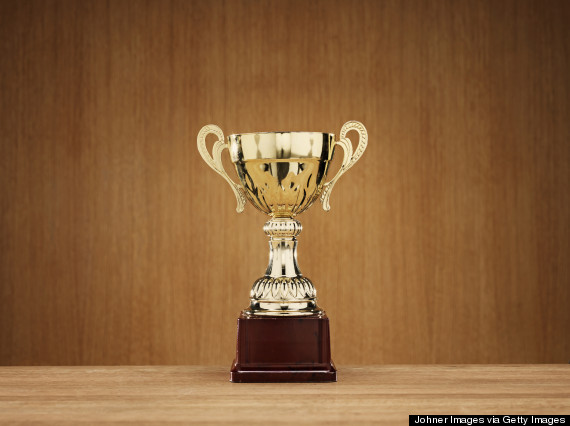 And it better be a good one. Arkin explains that one of two hallmark traits of an overachiever is the staking of identity on outcomes. "They believe that people around them, and they themselves, judge their worthiness based upon how well they do," he says.

Overachievers view failure more as a personal reflection on themselves, whereas a high performer is more likely to embrace failure as "part of the process," says John Eliot, Ph.D., a clinical professor in human performance at Texas A&M University and author of Overachievement.

2. You live your life in a state of perpetual relief.
Overachievers are far more focused on avoiding failure than they are at achieving a good outcome -- a key differentiator between an overachiever and a high performer. But there is a downside to this: "When you avoid a bad outcome, your emotional life is experienced more as relief than it is experienced as joy, and that's just not as rewarding," Arkin says. "If people are walking around feeling anxious and tightly wound, trying to avoid bad things, then they're really not tuned into life. They're thinking about the past and the future, mostly, instead of living in the moment and enjoying its pleasures."

3. You secretly think you're not good enough.
The other hallmark trait of an overachiever is feelings of self-doubt about one's own competence or ability, Arkin says. While some people will "self-sabotage" when they feel inadequate, overachievers stake their identities on performance in order to conquer self-doubt.

4. There is a short list of things you want to be good at -- and that list only includes things you know you'll be judged on.
People who do things for the love of it may have a wide range of things on which they stake their identities, such as hobbies, relationships, work, and the like. "But overachievers narrow that list of things, and they tend to want to be good at all of those things," Arkin says.

5. Your significant other is tired of hearing, "I'm sorry honey, but I have to stay at the office late again." 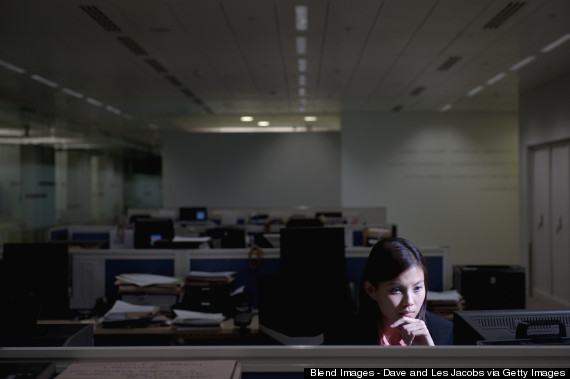 While everyone has to cancel on commitments because of work from time to time, overachievers are more likely to do this than others. And it doesn't even have to be a social event with friends or family -- an overachiever may also be more likely to skip something as simple as exercise in order to finish what they feel they need to do, Eliot says.

6. Criticism is the worst.
It all goes back to the fear of failure -- overachievers' public enemy No. 1 is criticism, because it implies that they failed at something, Arkin says. 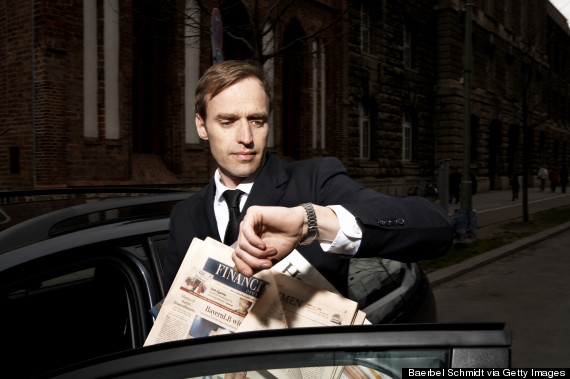 Because overachievers are constantly trying to avoid bad outcomes, they are heavily focused on the future -- and as a result, often neglect the present.

8. You feel anxious a lot.
If there's one mental trait that's highly correlated with being an overachiever, it's anxiety. It goes back to the future-focused mindset: Constantly worrying about what the future holds and achieving everything that needs to be achieved is a recipe for stress.

9. You just got promoted, but you're already thinking about how you'll achieve the next promotion.
Because it's so hard for overachievers to just live in the present, the joy that comes from something like a job promotion can be cut short by thoughts about what's next. "They're never satisfied," Eliot says.

In addition, overachievers are more likely to value being promoted regardless of how they got it, "even if it's at the expense of a coworker or if they didn't really earn it," Eliot says. "Maybe they talked their way into it, or they took their boss out for dinner enough times. People look at that and say, 'You didn't really earn that.' But a classic overachiever doesn't care -- only achievement matters." 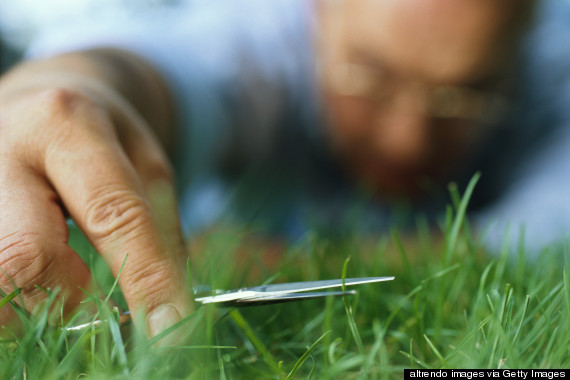 11. You're the first one in the office, and the last one to leave.
Overachievers are more likely to work long hours -- sometimes without people knowing about it -- because they want to be perceived as capable of doing it all, Arkin says. 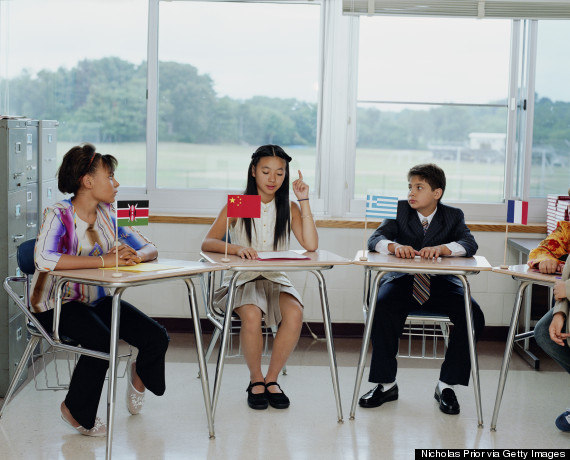 Many overachievers share similar backgrounds: They had an A in every class, participated in every club and went to music lessons and sports practices -- all in the name of a strong college application. "That's a classic kid getting into an overachievement mindset," Eliot says.

However, this isn't necessarily the most healthy background. "When you look at the kids who are the most successful who did well in high school and college, the ones with the thriving careers -- they're the ones who got good grades. Maybe not 4.0s, they didn't belong to every club -- maybe just one or two -- but the ones that they did, they really made a difference with them," Eliot says.

13. Being able to provide your child with all the opportunities in the world has more to do with your fear of being a bad parent, and less to do with helping your child realize his or her interests and passions. 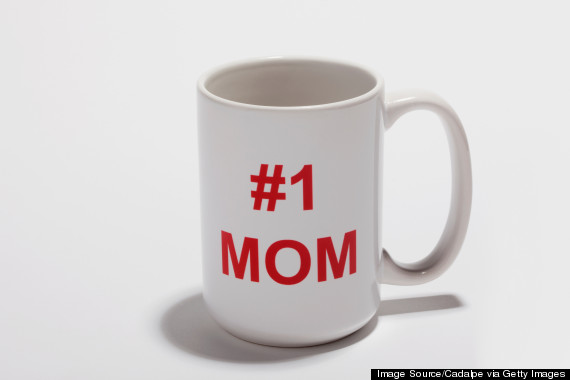 All parents, to some extent, feel the need to "do it all" for their kids. But overachievers tend to do it big -- attending every PTA meeting, making goodies for the bake sales, volunteering in class, constantly checking up with the child's teacher -- because they care so much about being the best parents. "It's a sort of self-worth exercise for parents in being valued as good parents," Eliot says. "There's a feeling of, 'I have to do all this stuff so I feel good about myself as a parent, so my self-esteem as a parent is high.' But they don't realize that when they care so much about wanting to be the best parents, they get into this frenzied state."

14. You gravitate toward commission-based jobs.
This includes real-estate agents, stock-traders and salespeople. "It's push, push, push sort of work," Eliot says. That's not to say overachievers are exclusively in commission-based jobs. In any field, an overachiever is the one taking on extra work as an indicator of productivity. If you're a lawyer, for instance, this may translate to taking on a larger caseload than anyone else in the firm; an academic, whose productivity is measured in publications, may work longer or harder into the night to get more done, Arkin says.

15. You keep score in your relationship.
You may not be writing it down, but you're probably keeping track of who's doing what to contribute to a relationship, Eliot says.

16. Crunch-time is the worst time. 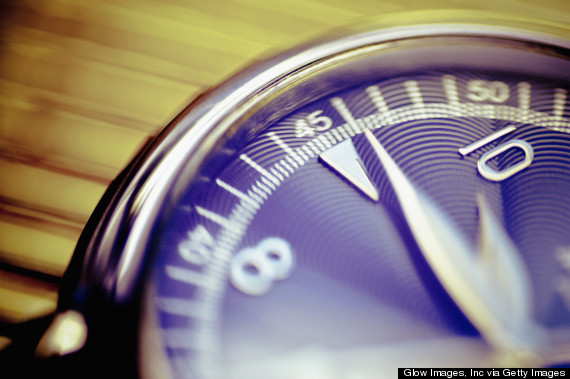 That's because you as an overachiever are often your own worst enemy. When the stakes are high, "the overachiever tends to make mistakes in that situation, and are more out to choke because they're so concerned with the outcome," Eliot says.