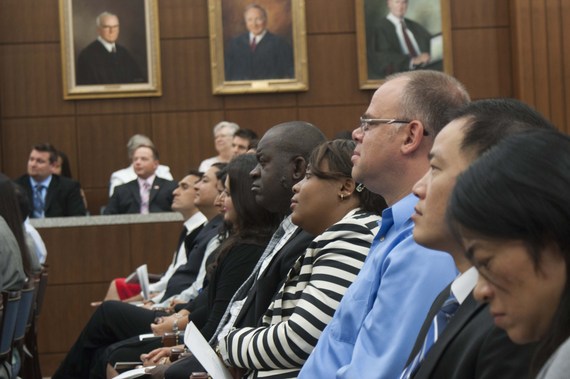 Later this week, to commemorate Citizenship Day on September 17, the Obama administration, members of Congress, and advocates across the country will draw attention to a startling fact: there are roughly 8.8 million eligible lawful permanent residents who are not naturalizing. Of these, approximately 2.7 million are of Mexican origin. Many of these aspiring new Americans have low levels of language proficiency and high levels of poverty.

The benefits of citizenship cannot be understated. In addition to voting rights, citizens tend to earn more than non-citizens, are eligible for government jobs, can travel outside the country with few restrictions, and are able to petition for family members to immigrate to the United States, too.

The clear upside of naturalization makes it all the more puzzling why eligible immigrants are not taking this step and are instead renewing their green cards. One thing is clear: consistently, lawful permanent residents indicate that they would become citizens if they could. A 2012 Pew Hispanic survey found that 96 percent of participating green card holders wanted to naturalize. Similarly, a 2014 Latino Decisions poll found immigrants were actively taking steps to become citizens; 62 percent have taken an English class and 46 percent have taken a course in American history and government. These numbers suggest systemic barriers are preventing many from becoming new Americans. 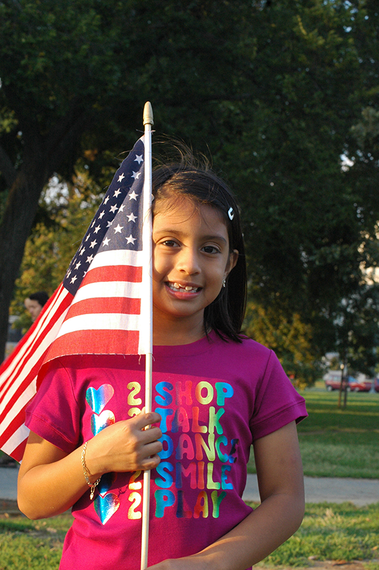 At $680 per application, the naturalization fee for many is prohibitively expensive. Time and again, immigrants identify the fee as a barrier. In the Pew Hispanic survey, 18 percent of respondents pointed to the high cost as preventing the submission of a citizenship application.

There are several fee-related issues that may also be discouraging citizenship. For example, until recently, United States Citizenship and Immigration Services (USCIS) did not accept credit card payments, forcing applicants to pay up front with no option for installments. Similarly, for families seeking to naturalize together, USCIS does not offer a family cap of any kind. Each application still costs the same amount. Finally, USCIS does not refund a payment if an application is rejected. For those concerned about other portions of the process, such as the English or civics tests, the potential loss of $680 is a disincentive.

In addition to the fee on its own and its relation to other barriers, it is possible that the lower fee to renew a green card makes the decision simple. Renewing lawful permanent residency only costs $450 and has less stringent requirements.

Simultaneously recognizing the challenge the fee poses, and that fees are USCIS's sole revenue source, there have been steps recently to make citizenship more affordable and accessible. For example, as part of the president's immigration actions in November 2014, he instructed USCIS to examine the feasibility of a partial fee waiver. The current fee waiver is eligible to applicants with incomes up to 150 percent federal poverty and takes care of the entire $680. An effort is underway to examine whether low-income applicants with slightly higher incomes could receive up to a 50 percent fee reduction. Given that the naturalization fee will almost certainly increase (it has not gone up in several years), expanding the fee waiver will be all the more important. 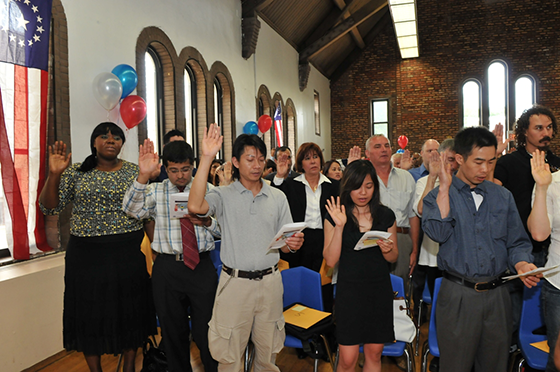 In addition to financial barriers, many immigrants point to language as a reason for not applying for citizenship. In the same Pew Hispanic study, 26 percent of respondents identified language proficiency as a barrier and only 30 percent reported to speak English well or very well. For these immigrants, extra time is needed to reach a sufficient degree of proficiency to pass the English and civic portions of the application.

Many immigrants fear they may not pass the English or civics exam both because they underestimate their level of proficiency and lack of information about the specific requirements. The result is that eligible immigrants feel naturalization is more difficult than it truly is and that their applications would certainly be rejected.

Systemic challenges also factor into the language barrier. At all levels of government, funding for adult education has been limited in recent years. Many programs simply cannot serve all those in need. Furthermore, as the adult education system has shifted to focus increasingly more on contextualized English learning for work outcomes, citizenship preparation does not always fit into these models. 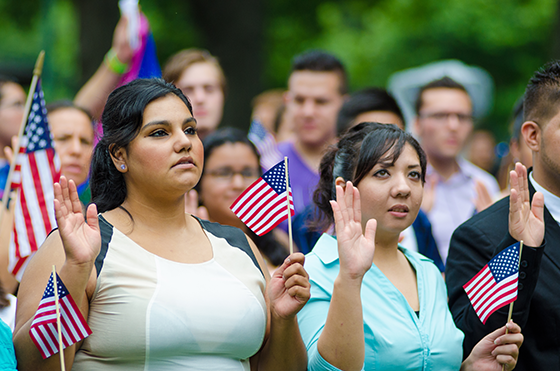 With the spotlight on citizenship this week, it is an opportune moment to highlight free and readily available resources from USCIS and the New Americans Campaign that may help eligible immigrants overcome identified barriers.