If you like soggy food that never seems to brown, just keep doing what you're doing. But, if you've been working, sweating, and slaving away in the kitchen and can't figure out why perfectly good recipes keep letting you down, we are here to help with some simple words to live by.

Give your food some space.

Never ever will root vegetables, overloaded in a pan in the oven, caramelize and crisp the way you want them to. It just won't happen. Instead, the vegetables will sweat, like old men in a steam room. And no matter how high you turn the heat under your skillet, if that pan is jam-packed with meat, it will never sear to a crisp brown crust. It's going to get wet and gray. That's just the hard truth of the matter.

We get why you overcrowd. Cooking in batches takes longer. Pulling out another baking sheet means one more dish to wash. But, it also means the difference between a blah meal and one you'd pay good money for at a swanky restaurant.

When a pan, baking dish, cookie sheet or what have you, is packed with ingredients, there's no room left for the moisture that's released from food to escape as steam. Instead, it gets trapped underneath all the other food, collecting as liquid and making everything soggy. In some cases, that collected liquid can hover just above the boiling point, which means you are steaming instead of roasting or searing. That's sog city, folks.

The same crowding principle is true for baking. If a perfectly baked cookie is what you're after, give them room to grow and do their thing. The only time this all-too-common cooking mistake is okay with us is when it results in one giant cookie, because, awesome. 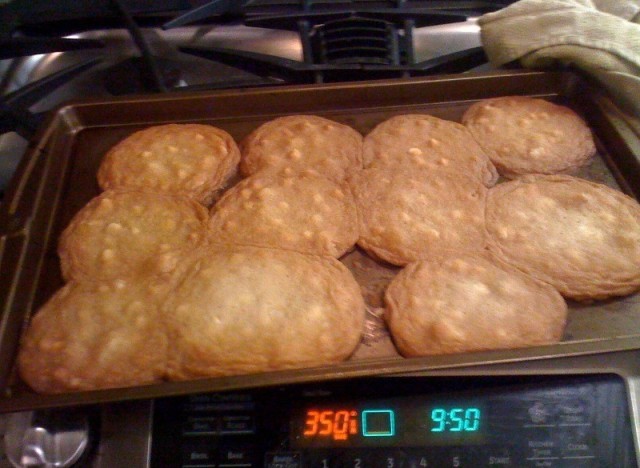 Not all foods will reward your mistake with a giant heap of deliciousness. Certain foods fare worse than others. If you're cooking mushrooms, eggplant, beef or zucchini, DO NOT CROWD. You will be sorry.