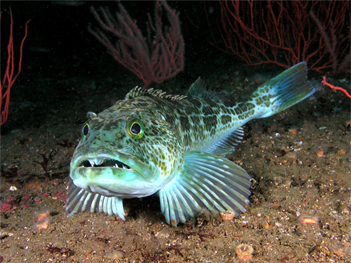 As a lifelong angler, I'm the first to admit that fishing can inspire passionate arguments about where, when and how to fish. But decisions about how to rebuild our depleted fish populations must be based on science and facts, not emotion or ideology.

In this post I'd like to explore a few arguments that some people use to make the case for weakening the laws designed to end overfishing.

Myth #1 -
Fisheries management can only be deemed successful when fishermen are catching fish, businesses are serving fishermen and fish populations are healthy and rebuilding.

If we rebuild all of our fish populations to healthy levels, we have indeed achieved success, for they are the foundation upon which fishing businesses and fishermen can thrive. Fishermen and their communities need healthy marine populations for successful businesses and great catches. According to a recent study by the University of British Columbia's Fishery Economics Unit, the economic value of many U.S. fisheries could triple by 2016, but only if federal managers stick to the congressionally mandated guideline of rebuilding depleted populations.[i]

But to achieve these benefits, the nation must set firm catch limits based on sound science and enforce them. Sacrificing conservation for short-term economic gain is not the answer. Congress has rejected this course since 1996, when it prohibited setting unsustainably high fishing levels for purely financial reasons. It did so again in 2006 when it passed legislation to block a federal court decision allowing overfishing in the early stages of a rebuilding plan to minimize economic impacts.[ii]

Myth #2 - U.S. fisheries management is inflexible, dominated by bureaucrats located hundreds of miles away from fishing communities and doesn't include input from local stakeholders.

Many people do not realize that fisheries management decisions in the U.S., including rebuilding plans and yearly quotas, are primarily driven by regional stakeholders through the eight regional fishery management councils located in New England, the Mid-Atlantic, the South Atlantic, the Gulf of Mexico, the Caribbean, Pacific, North Pacific and Western Pacific regions. These councils include representatives of the coastal states, commercial and recreational fishermen, federal government agencies and others with expertise in fisheries management in the region.

The council system is designed to solicit input for decisions from fishermen and other stakeholders throughout the management process. The general public also has an opportunity to help shape management plans by participating in committee meetings, making statements at public hearings and providing written comments to the councils.

Bottom line -- though the MSA has clear mandates to end overfishing and rebuild depleted fish populations, regions have latitude under the law to achieve these goals in a manner that works best for their specific fisheries and communities.

To collect data on recreational fishing the government monitors catch at the dockside, and through self-reported data from logbooks, catch cards and telephone surveys. Fisheries managers consistently strive for even better ways to count recreational catches.

For example, a revised collection system for recreational data--the Marine Recreational Information Program -- has been underway since January 2007. This program is helping to improve dockside catch monitoring, self reporting and targeted telephone surveys.[iii]

In addition to data on recreational fishing participation, other sources that go into scientific assessments include:[iv]

-Data collected by government research vessels on the distribution and abundance of fish from eggs to adults. This category includes the size, age, sex and biological characteristics of the fish sampled.

-Data from commercial and recreational fishermen that quantify the number, size, sex, age and distribution of the fish brought back to shore and those that are discarded at sea.

The Pew Environment Group is working with NMFS and Congress to improve data collection, and with the scientific community to develop new ways to collect recreational fishing data.

Next time, I'll take a closer look at the charge that fisheries managers are making decisions based on bad science.