Muslim women and the niqab are always a hot topic, always some good clickbait. There is always someone excited to go 'behind the veil.' Stock photos of 'Muslim women' and 'niqab' yield a plethora of images of kohl-eyed women wearing anything from an Afghan burka to a scarf loosely draped around their heads and faces (often in ways that are neither realistic nor practical). The one thing these images have in common is that they are almost always taken by non-Muslim photographers, or of women in Eastern countries -- even if the news story happens to be about politics in Canada.

On a slow day or when they just don't feel like putting any effort into originality, journalists, photographers and artists can always fall back on the good old Orientalist trope of 'oppressed and exotic women behind the veil.' 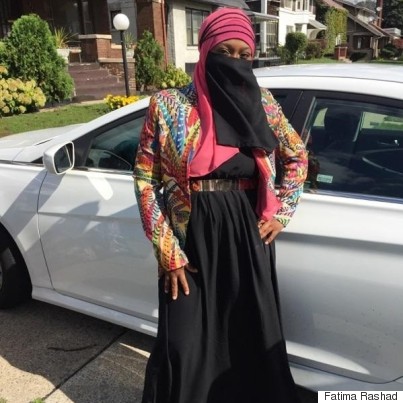 AP photographer Hassan Ammar is just the latest of many such lazy efforts to capitalize on the experiences of niqab-wearing Muslim women... without having to actually engage those women in any way, shape or form. For others, like Khloe Kardashian, 'dressing up' in niqab is just another way to up the hypersexual ante.

The appropriation of niqab for 'artistic purposes' is offensive to the spiritual intent behind many Muslim women's reasoning for wearing it, and willfully ignorant of the reality of women who choose to wear the niqab. Muslim women in France face steep fines for covering their face in public; elsewhere in Europe, the UK and North America, niqabis face verbal and physical abuse from strangers simply for their choice of clothing as well as the rising threat of legal action taken against them.

Claims that all women in niqab are forced to wear it by their fathers, husbands or cultures willfully ignores that many of those women are wearing it against the wishes of their family, and in contradiction to their cultural norms. In fact, there are countries even in the so-called 'East' -- such as Tunisia, Egypt and Lebanon -- where the niqab is actively discouraged if not aggressively discriminated against. To wear the niqab is, in many parts of the world, to invite scorn, ridicule, furious judgment and private and public pressure to remove it.

Many Muslim women choose to wear the niqab not out of cultural obligation (although certainly, there are some who do so -- but they tend to be limited to a very certain region and even that percentage is small in comparison to the worldwide Muslim population), but out of spiritual conviction. Wearing the niqab is viewed as an act of worship, a means of growing closer to God as well as to engage with society on one's own terms, rather than as others dictate. It includes and exceeds the concept of modesty. The niqab is worn for reasons far more complex than most people assume. 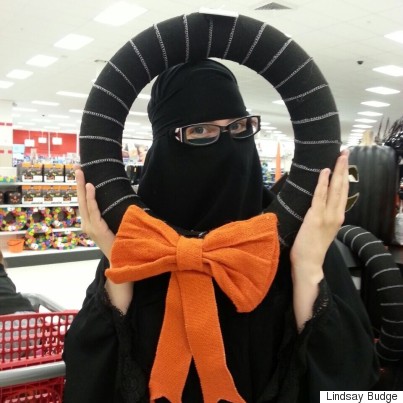 Those who take it upon themselves to 'be a voice' to Muslim women, and especially those in niqab, display a sickening arrogance when they do so. They forget -- or deliberately ignore -- that covering one's face does not render one silent or stupid. Furthermore, it is the bitterest of ironies when self-proclaimed feminists fall into the damsel in distress narrative by attempting to 'liberate' niqabi women while at the same time putting them down as being too ignorant to make their own choices.

When privileged Western (and Western-inspired) feminists attempt to speak 'for' Muslim women in niqab, they either do not realize or purposely overlook the fact that they are doing precisely what misogynists do: assume that these women have no intelligence and no agency to make their own decisions. Whether one agrees personally with the wearing of the niqab or not, the feminist course of action is not to reject it outright, but to respect the choices of those women who do choose to wear it freely. Those who insist that they 'know better' and must 'educate' niqabi women about what they wear, are embodying nothing more than their own form of chauvinism. The very ones who cry out against slut-shaming are, in essence, niqab-shaming -- and really, isn't it high time we were done with policing women's choices to dress as they wish? Alas, this is a courtesy not to be extended to Muslim women.

Representations of women in niqab, it seems, rely upon denying their own self-representation. 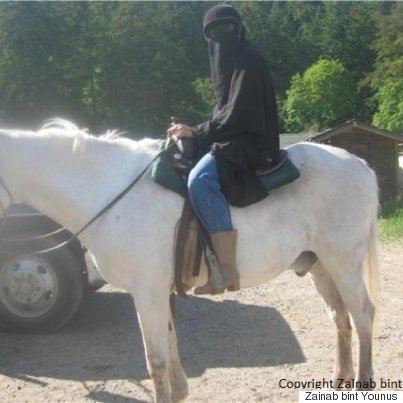 Niqabi women have had enough.

We come from backgrounds far more diverse than just Afghanistan or Saudi Arabia; we do not all wear the same black uniform or exaggerated eyeliner; we are not simply oppressed victims or brainwashed 'Islamists' or ridiculously wealthy with too much time on our hands.

We are women who come from all over the world -- from Canada to Spain, Malaysia to South Africa -- with personalities, professions and fashion styles that are as varied as the countries from which we hail. Every niqabi woman has her own preferences and quirks in dressing that differentiate her from others, although you wouldn't know that from what Western media has to show.

Case in point: myself.

I am a writer, a feminist and an orthodox Muslim. I have a particular fondness for all that is goth, (steam)punk and Batman. I am obsessed with leather motorcycle jackets, and own several (but have yet to own an actual motorcycle). I am loud, somewhat annoying, and very absent-minded.

I have a novel work-in-progress that's been a work-in-progress for several years, but I still like saying "I'm working on a novel" because it makes me sound more author-ly than I really am. I procrastinate by instead writing regularly about issues that I am passionate about -- Islam, feminism, gender roles, sexuality and grassroots activism in the Muslim community (they can be found at my blog, TheSalafiFeminist.blogspot.ca, and other publications I write for such as SISTERS Magazine, AlJumuah.com and OnIslam.net). 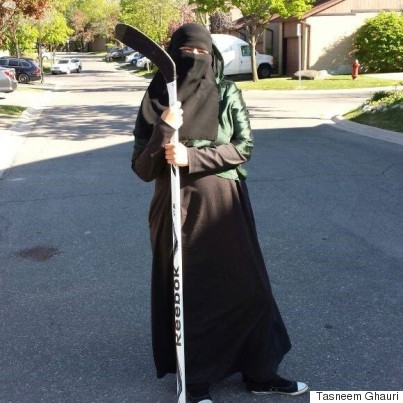 I'm Canadian, and have lived in Canada my whole life. My dad grew up here, and my grandparents have lived here for over 40 years. I am as Canadian as they come, and not despite the fact that I wear niqab, but because of it. And no, my entire identity doesn't rest on the fact that I cover my face when I go outside (see paragraph above). Ironically, I prefer not to focus on the way I dress, but find myself speaking and writing about it anyway because it's all that everyone else seems to care about -- which, in my view, is dangerous because there are many deeper issues we should be caring about.

The lives of niqabi women -- which do not, incidentally, revolve around our niqabs -- are not really all that mysterious. On Facebook, Twitter and Instagram, women in niqab are often quite open about their activities and even their dressing; search #niqab on Instagram and you'll find plenty of niqabi selfies and pictures with family and friends. You may also be shocked to discover that our newsfeeds and timelines are filled with discussions on every topic under the sun -- from politics to comics, spirituality to entrepreneurship, philosophy to art.

And we are doing so. The following photo gallery is a collection of images of and from niqabi women -- the response I received when asking my friends and acquaintances for pictures from their daily lives. A picture is worth a thousand words. As such, these brilliant women will speak for themselves.

Zainab bint Younus is a Canadian Muslim woman who has been wearing niqab for over seven years, takes far too many niqabi selfies with her camera phone, and refuses to allow others to speak for -- or over -- her. She blogs about feminism and Muslim women through Facebook, Twitter, and her personal blog http://www.thesalafifeminist.blogspot.com under the pen name The Salafi Feminist. 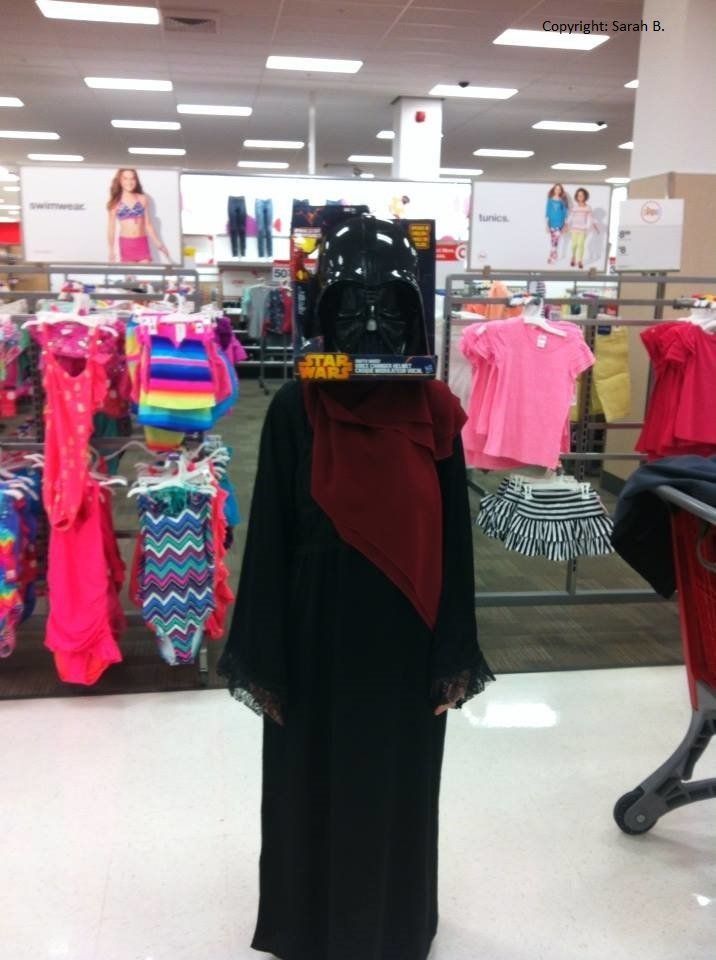