The entries in my book, Overrated: The 50 Most Overhyped Things in History, are still making people furious. Just as well. If this didn't incense people, the entries probably aren't overrated enough. (Think about it.) But there's one thing I didn't include that should get people even angrier. With this slideshow (and at great personal risk, no doubt), here are the most overrated people in history -- or at least, the most overrated as they currently stand. The likes of Stalin, Adolf Hitler and Donny Osmond were highly overrated in the past, but history (and music critics) no longer judge them so kindly.

As I write this, I prepare to return to New York, where I'll probably be attacked by angry baseball fans. But this list is even worse. This list is personal! Sarah Palin? Naomi Campbell? The fat guy from Deuce Bigalow: European Gigolo? No, those people were just overhyped for a brief moment in history (so far). Here are some people who are really overrated.

For the record, it includes three Americans (deal with it), two Italians, two Britons and (after much pondering) not a single Australian. (Nicole Kidman isn't that bad.) And much as I love a good conspiracy theory, I'll ignore them for now. For the sake of this slideshow, let's assume that Shakespeare really did write his plays and Neil Armstrong really did walk on the moon.

If you want to comment directly, check out my blog. Oh, and the book's still available from all good bookshops (and possibly some evil bookshops as well). 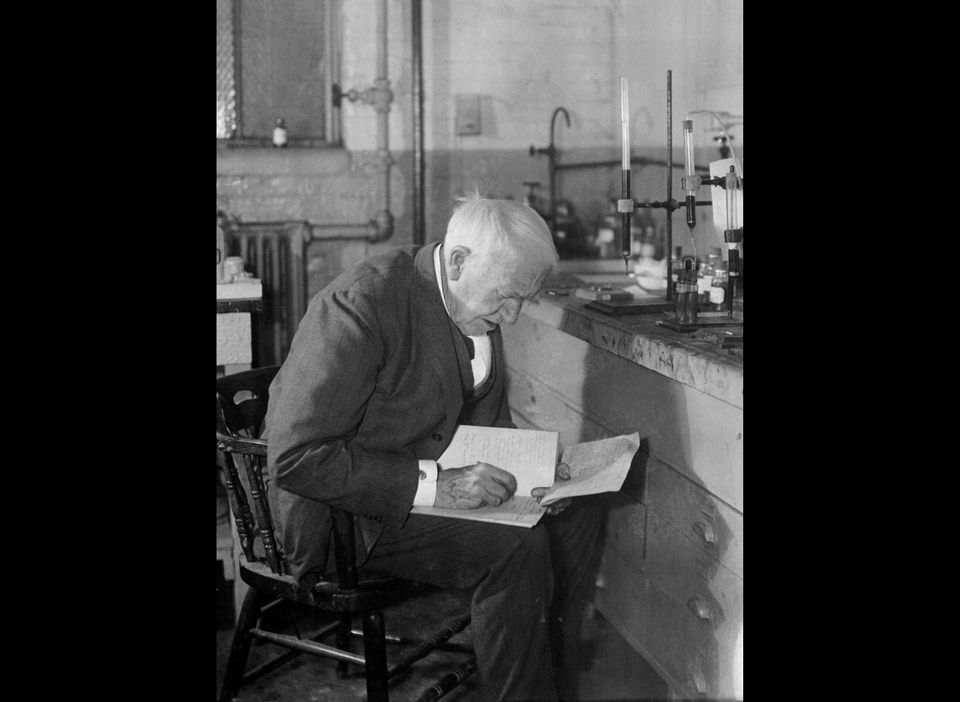 1 / 8
Thomas Edison
Thomas Edison is known as the world’s greatest inventor, the mind behind everything from the light bulb to the electric car. His record output – 1,093 patents – still amazes us, over a century later. How could one man invent so much? Short answer: he didn’t. Apart from his pet project, the phonograph, most Edison inventions were the work of unsung technicians, who toiled in the unsafe conditions of his laboratories and factories, so that Edison could take credit and get the patent. He was your classic Dickensian employer, paying as little as he could get away with paying. His move in 1876 to his famous laboratory in Menlo Park, New Jersey, was partly prompted by a strike of his workers, which made him desperate to escape the trade unions of New York City. OK, Edison was a visionary -– like Leonardo Da Vinci, whose sketches of airplanes and armored tanks could not take form until the technology existed, centuries after his death. Of course, Leonardo didn’t have a team behind him. Without his engineers, Edison would have been no more an “inventor” than H.G. Wells, Isaac Asimov, or any other great visionary science-fiction writer. Still, Edison’s name is still synonymous with invention -– proof that, generally, his publicity worked. It wasn’t what he knew; it was whom he knew. As Jack Stanley, curator of the Thomas Edison Museum in Menlo Park, once told me: “He was brilliant enough to realize that he wasn’t brilliant.”
AFP/Getty Images