Durham, North Carolina -- Working mother Ruby Grace scoured the internet on Monday looking for tips to help her arrive at work by eight a.m. for the first time since her oldest child started kindergarten.

Claiming she had already taken their advice of picking out her family's clothes and gathering school supplies the night before, the 35 year old mother of two decided to seek further help in an online moms' group.

"I've already cut my tardiness from 17 minutes to 12!" she exclaimed, "I'm hopeful that one day I will be able to take my entire lunch hour."

"We were just so damn tired of hearing her complain about her rushed mornings, so we suggested she pack up lunches the night before" said group member Lactintactivist1979. "I thought maybe she hadn't seen that tip being posted in every comment section of every mom blog in existence.

I mean, I wouldn't know, because I love my kids enough to stay home with them," she added quickly. 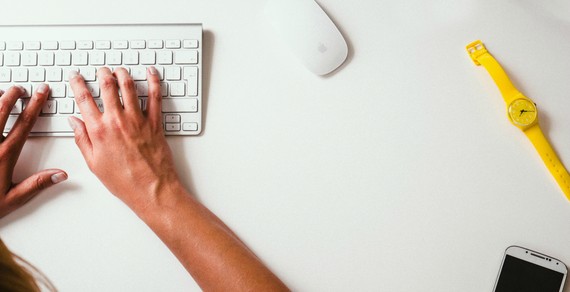 Grace, who spends half her work day clicking on cat pictures and browsing Facebook, said that she had come across that tip before, but had never followed through. "And then the other night, there I was standing in the kitchen holding a knife and thought, 'I could spread peanut butter with this,' and it just sort of happened. I didn't really plan it, you know?"

She said that in a "moment of brilliance" she saved an extra 45 seconds by using the jar that has the peanut butter and jelly already swirled together.

For her part, Grace's daughter, Eliza said the sandwich was "really gross and soggy. The french fries weren't so great either."

PTA president and Pinterest enthusiast Rebecca Haywood, the self-described hero of this story, reassured us that the little girl did not go hungry. "I know some of these working moms just don't have time for packing a healthy lunch, so I always pack an extra," she explained. "That little lady was lucky, today's lunch was a bento box with a panda-shaped sandwich made out of gluten free flour that I ground myself!"

When asked about the results of her experiment, Grace said, "To be honest, I was disappointed. [Eliza] had a twenty minute tantrum because she wanted a Lunchable instead, followed by ten minutes of screaming because I hadn't used the blue container. We don't have a blue container. So I was even later than normal."

The Internet responded by suggesting she only brush her teeth at night, adding, "Hope that helps!"

More:
ParentsSatireSAHMschool lunches
Newsletter Sign Up
Raise the kind of person you'd like to know
Subscribe to our parenting newsletter.
Successfully Subscribed!
Realness delivered to your inbox