It's become commonplace to try to explain the Trump phenomenon by calling Trump and his supporters racists and worst. In this narrative, we claim that a demagogue has peeled back the cover over a deep streak of racism and bigotry in our culture. Isn't it terrible? Aren't "they" awful?

I understand the instinct. I could certainly marshal the arguments behind that take on our current situation. Surveys show that Trump supporters are higher in almost every form of prejudice. But let's look deeper. As as a psychologist could I have your indulgence? 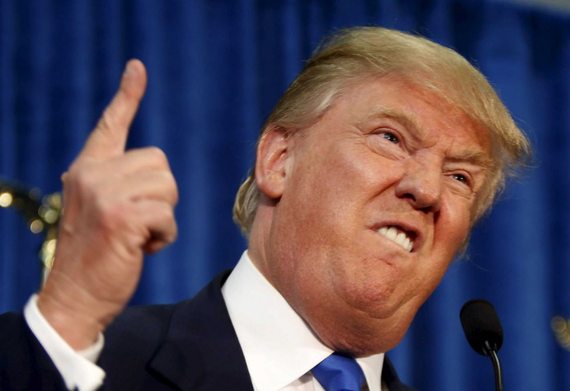 First, let's face with a sense of humility the fact that at the deepest levels of our minds we are all "-ists." Most people do not know this, but in the first few hundred milliseconds after seeing people, we judge them. It is mostly beyond our awareness but the clever tools of psychology can reliably measure these judgments (I had a hand in developing one of the best of those available tools). And guess what, they happen so fast because you grew up in a culture that trained these prejudiced judgments over and over and over again. You can't on the one hand blame the culture and then on the other hand give yourself a pass. If you grew up here, my friend -- the culture is in you. I'm sorry. No one gets a pass. Women judge women in a stereotyped way; overweight people judge obese people in a stereotyped way, and so on. Just because you don't agree with those snap judgments if you are given a while to think about it doesn't remove the fact that you too are an "ist" in those first few hundred milliseconds. And (I know this is horrifying) those first few hundred milliseconds often predict behavior better than our more considered opinions.

As a person of Jewish heritage by the maternal line, whose great aunts and uncles died in ovens, I can say it this way: if you stare at the mirror long enough you can find traces of a man with a funny little mustache looking back at you.

So can we please stop with the chest thumping, self-aggrandizing "they are all racists" talk? Stop being so prideful, dude. Stop building that monument in the sky for your wonderful egalitarian self (maybe there should be a huuuuge tower of self-righteousness built to honor you -- with your name on it perhaps?).

A recent study from my lab (Levin, Luoma, Vilardaga, Lillis, Nobles, and Hayes, 2015: http://bit.ly/WhyPolyPrejudice) shows a quite different aspect of what I believe is going on inside the Trump phenomenon and the breadth of prejudice it points toward. We took five existing non-obvious measures of prejudice (separate measures of sexism, racism, homonegativity, prejudice toward obese people, and the dehumanization of people struggling with substance abuse) and looked at how they overlapped. Inside all of these different forms of judgment of others was a powerful core: what we can call generalized prejudice. Generalized prejudice is a kind of authoritarian distancing: I'm different than these people who feel like a threat to me and I will keep them at arms length. It predicts prejudice toward everyone regardless of why they are "other."

Our study of over 600 people then looked at what predicted generalized prejudice. We were interested in what we called a "flexible connectedness model." We had shown in previous research that people only enjoy being around another person if they can take the perspective of that other person, if they can feel what it feels like to be that person, and if they are willing to not run away psychologically when what they find there is emotionally hard. In other words, perspective taking, empathy, and psychological flexibility (if you want an explanation of that last part see my TED talk on it: http://bit.ly/StevesFirstTED) predicts our enjoyment of others. Our question was simple: would it also predict generalized prejudice?

In a word the answer was "yes."

But look, we live in a modern world which forces upon us all a form of perspective taking and something close to "empathy." Ready or not, here it comes. We see the little boy who fell out of the boat full of families escaping the burned out Syrian cities. His lifeless form lies washed up on the beach. The camera forces us to take the perspective of those sad people; and the horror of that bloated little body hammers at us emotionally. Perspective taking? Check. Feeling the pain of others? Check.

But what about psychological flexibility? What about being able to consciously turn toward pain and suffering in an open and self-compassionate way, so that we can turn toward meaning and purpose?

Unlike these other two parts of the model, psychological flexibility and emotional openness cannot be forced upon us by reporters or by modern communications technology. We have to be willing to learn it. That part is up to us. Many of us lack this skill and how many less educated white males (can you say "Trump supporters?") have role models who say "take an open, conscious, and kind stance toward your own pain and you will be better able to live your values." That is psychobabble. That is BS. Just build the freakin wall and keep them out.

I know this is not all of it, but it is some of it. The modern world is overwhelming us emotionally.

If we can learn to say self-compassionate "yes" to the internal sense of danger, sadness, and fear we feel just watching our many screens, we can then carry these difficult emotions in a compassionate direction. If we cannot, we just feel overwhelmed and say "hell NO!"

If humankind does not find a way to help people acquire a modern mind for this modern world we have created together, with its wars, and refugees, and little bodies on the beach shown in real time, expect more Trumps.