"Buggy" is the collective noun for clowns, so it makes perfect sense that Cirque du Soleil's arachnid extravaganza, "Ovo," at the Santa Monica Pier, is peopled (insected?) with a dazzling array of bugs.

They're all there, each lovely, each talented, each unique in its own way, just like us: dragonflies, ants, butterflies, fireflies, scarabs, spiders, fleas, crickets and a Creatura, that can best be described as a cross between a caterpillar and a slinky. They skirt, skate, swing, ricochet, and bounce. They ride unicycles on wires, contort (jeepers!), balance, and juggle. They fall in love, get frustrated, inquire into new people and things, get knocked off their feet, and perform various acrobatic mating rituals. They have strength that belies their fragile, lapidary appearance (The costume designer describes the costumes as origami, as being influenced by futuristic superheroes and suits of armor, as being inspired by the pleating technique of the Japanese designer Issey Miyake.)They show off, they congregate to gawk (as do we) and watch others show off (ditto).

The story's a microcosm of our lives, replete with love and xenophobia, enchantment and wonder. "Ovo" is Portuguese for "egg," which is a perfect, platonic shape -- a blank slate -- though its graphic value suggests a nose sandwiched Kilroy-was-here style, between two large eyes.

With a cast that constitutes a mini United Nations, (55 performers from 14 countries that include Belarus, Brazil, China, Kazakhstan, Tajikistan, and the Ukraine), "Ovo" offers a story of accommodation and recalibration.

A huge (28 feet wide, 22 feet tall), mysterious egg suddenly appears, along with a foreigner who has to get his romantic bearings re-calibrated after he meets The Ladybug while the rest of this vivid ecosystem of insects realize that their world's been turned upside down. Though we know what to expect (This is the Cirque du Soleil, after all), the reality always far exceeds our expectations; though we know it will end well (a festive, miraculous banquet), we're still astonished.

The performers may pant with the exertion but, when the lights go up, we pant with awe, how the human condition could be so singularly and exquisitely articulated, for the most part, without words. Writing about the experience is a paltry approximation of what transpired. A few photographs, same result. Perhaps the silence of the blank page.

Nah, that didn't work either. The only way to understand and thereby appreciate "Ovo's" poetic energy of discovery is to experience it for oneself.

What's implied before the lights go down and performers-with-nets try to catch a huge Grasshopper is the too-scientific, non-rapturous way how we capture insects (or any living thing), pin them to a specimen board (or a spreadsheet, a database, a PowerPoint template), examine them, and attribute taxonomical relationships. But once the lights go down, all that matters are the lovely movements and poetic gestures of bugs, abetted with music, sets, and costumes, none of which can effectively be captured with words, just alluded to, which seems sensible, given their brutally short life span (which explains their exuberance and luster for these few, fleeting hours.) They just are. The result? A seamless, organic transition from one miraculous experience to the other, a story that seems to create itself, just like that Escher drawing of the hand that draws itself.

Given the way it was conceived, its abiding mission, and the way it continues to thrive at a spectacular and consistently high level on a global scale, no small case could made that the Cirque du Soleil should be awarded a Nobel Peace Prize, As an excerpt from the will of Alfred Nobel attests, "The said interest shall be divided into five equal parts, which shall be apportioned as follows: /- - -/ one part to the person who shall have done the most or the best work for fraternity between nations, the abolition or reduction of standing armies and for the holding and promotion of peace congresses." If Friday night wasn't an interdenominational peace congress, then I don't know what is. 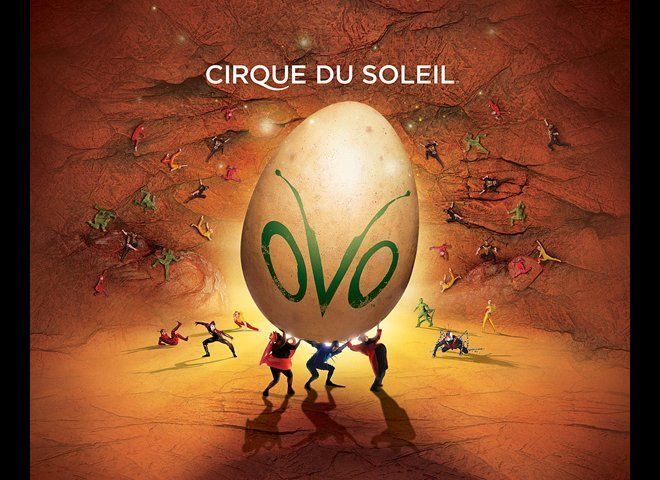