Hide what you are about to read from every man who has ever tried to blame his girlfriend's temper on her cycle. There is new evidence that suggests women will snap at their heterosexual partners more often while they are ovulating. Specifically, a recent study suggests that ladies who took, well, everyone's advice and settled down with brainy, stable guys instead of hunky irresponsible playboys are likely to find fault with their mates when they are most fertile.

The study, which will appear in the November issue of Hormones and Behavior, targeted two different groups of women in long-term heterosexual relationships. Research psychologists Martie Haselton and Christina Larson asked participants to rate their partner's sexual attractiveness and stability, and to track their ovulation cycles. They then quizzed each participant about the quality of her relationship at two different points in her cycle: once at a point of high fertility and once at a point of low fertility.

Haselton reported to Meg Sullivan of the UCLA Newsroom: "Women with the really good, stable guy felt more distant at high-fertility periods than low-fertility periods. That isn't the case with women who were mated to particularly sexually attractive men. The closeness of their relationships got a boost just prior to ovulation."

No news yet on how the study defined “sexy,” but why the preference for good-looking men? Haselton believes that such behavior may be linked to evolutionary mating strategies:

"Since our female ancestors couldn't directly examine a potential partner's genetic makeup, they had to base their decisions on physical manifestations of the presence of good genes and the absence of genetic mutations, which might include masculine features such as a deep voice, masculine face, dominant behavior and sexy looks."

The study also discovered that women display other changes during ovulation: participants spoke in higher-pitched voices and were more likely to dress up. The researchers suggest that these behaviors maximize femininity during a time when a woman may be -- consciously or subconsciously -- searching for a potential reproductive partner. But never fear -- the reported behavioral changes are short-term, and typically don't affect a woman's overall commitment to her relationship. 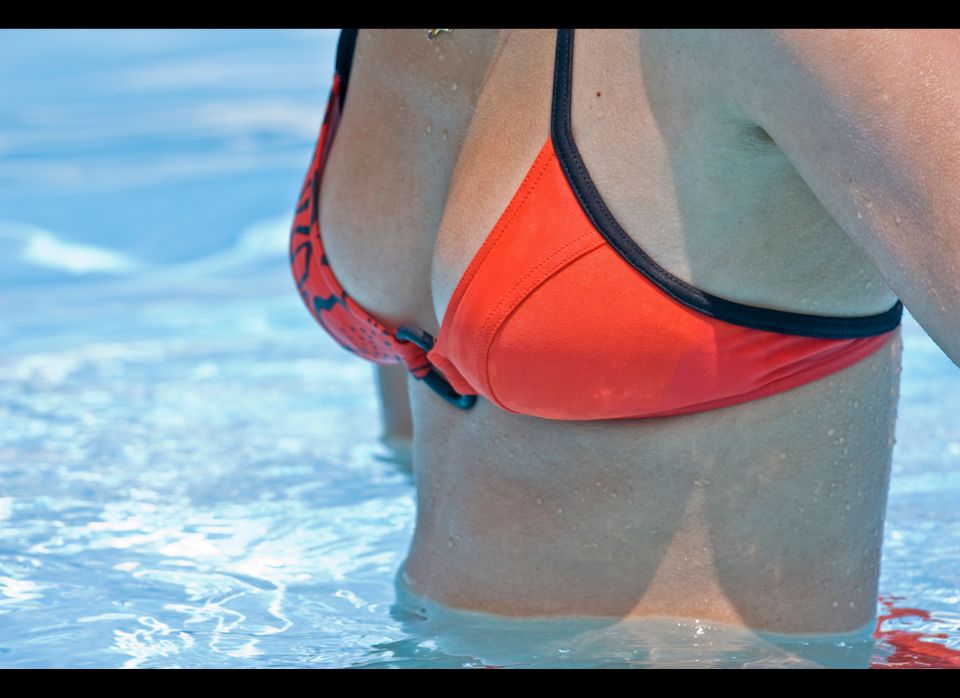 1 / 7
A "Better" Body
A <em>SHAPE</em> and FitSugar survey from May found that 68 percent of women would give up sex for at least a month in exchange for a "perfect bikini body." Let's hope we never have to choose between body confidence and orgasms.
Alamy