These clothes will make you look cool -- without contributing to cultural appropriation.

OxDx Clothing, by Navajo designer Jared Yazzie, mixes Native patterns with graffiti and punk-inspired designs to create shirts that call out issues that affect Native communities, like cultural misrepresentation and violence against women.

“I never thought about creating a statement, I just made stuff that reflects Native people,” Yazzie told The Huffington Post. “If it comes off as rebellious and angry, that’s just Native life -- because there are a lot of problems on the reservation.”

The problems Yazzie refers to are multiple, as Native reservations are notoriously underserved and underfunded, leading them to have the highest poverty rate of any race in the United States, the lowest high school graduation rate, and an alarmingly high suicide rate for Native youth, among other issues.

Yazzie’s clothes also focus on another key part of the Native experience: cultural misrepresentation. One prominent example is the Redskins team name and logo.

“I’m hoping to bring these issues to light -- and make beautiful things, because our culture and our people are beautiful,” Yazzie said. “I’d just like whoever wears them to be able to explain the story behind them.”

Here are five badass OxDx shirts, and what you'll achieve by wearing them.

1. Reverse The Narrative Around Colonization

“'Native Americans discovered Columbus.' Columbus is a funny thing to bring up among educated Native people. We joke about Columbus all the time: how we learned about him in school, and how he discovered America. He didn’t discover anything. All he brought was genocide and disease.” -- Jared Yazzie

Many cities and universities have begun to celebrate "Indigenous People's Day" rather than "Columbus Day," in a (belated) recognition of the fact that Native communities not only were already here when Columbus came to the Americas, but also were victims of genocide and marginalization thereafter.

“The ‘Mis-Rep’ tee is play on words: as in 'misrepresented.' The image is a combination of the Cleveland Indians logo and the logo of the punk band Misfits. I didn’t want to leave the logo as is, to have it out there for people to see and think of Native people that way. So I changed it, and now people have to ask what it means, get in conversation about it.” -- Jared Yazzie

From the Red Skins team mascot to Halloween’s annual surge of Pocahotties costumes, American pop culture regularly takes from Native culture without permission, and uses it (or misuses it, rather) for its own consumption.

“There’s a chief on it, because in non-Native eyes, the image of a chief is how we’re perceived all the time. When I think of Native people, it’s not that. There are a ton of tribes, and we’re all so different -- in Arizona alone, there’s Hopis, Navajos, totally different tribes and traditional wear. But we’re all grouped in an image like that, of the headdress and the teepee. That’s how our culture is censored. The image is dripping because Native culture is slowly fading away.” -- Jared Yazzie

Native languages and culture have been under threat of disappearing. This is not only because of reductive stereotypes about Natives in modern culture, but also due to forced assimilation, such as sending Native children to boarding schools throughout the 1900's, where they were only allowed to speak English. Today, there are concerted efforts fighting to preserve Native languages for future generations.

4. Speak Out Against Environmental Injustice On Native Land

“He’s dressed as our elder men would dress, with the bandana, the necklace, rocking a chief blanket -- but he’s also wearing a respirator mask. He’s a Navajo specifically, because we have environmental problems on the res. Coal mining. My grandparents lived Black Mesa, and when we buried my grandma by the mine, we buried her in concrete, in case she got dug up from the mining. There’s also uranium mining on the res -- and it gets into the water system, and people are getting cancer. It’s kind of crazy to think that that’s home for us.” -- Jared Yazzie

Companies have been extracting uranium from Navajo land since the 1900's, leaving families with radioactive waste in their backyards. Millions of tons of uranium ore were extracted on Navajo land in the mid-20th century, causing health problems for generations, from birth defects to lung cancer.

“It’s a woman protester. In Canada, there are missing and murdered indigenous women. There’s a road with hundreds of missing women, just on that one road -- and who are not accounted for. The police don’t look into it. We’re looked at as non-human, which is why these issues aren’t taken care of.” -- Jared Yazzie

Violence against women disproportionately affects Native women and girls: One in three Native women reports being raped in her lifetime -- making them 2.5 times more likely to experience sexual assault than any other race in the U.S. In Canada, the government is investigating the murders and disappearances of an estimated 4,000 indigenous women over 30 years. While indigenous women represent 4 percent of the Canadian population, they make up 24 percent of those murdered.

To check out more of OxDx’s clothing line, visit the website.

PHOTO GALLERY
Books That First Taught You Women Are Badasses 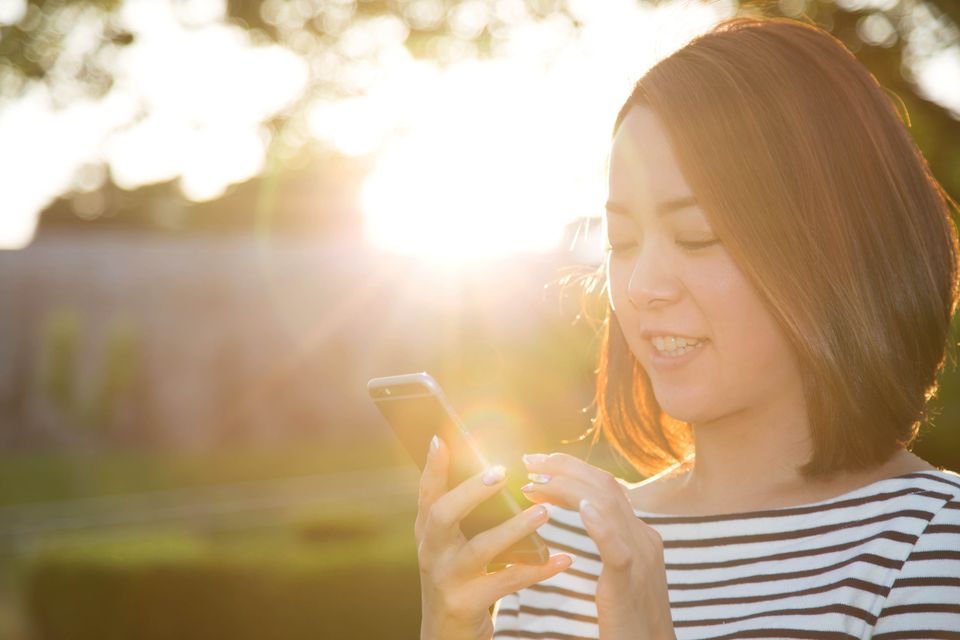