Pennsylvania's Liquor Control Board pulled a controversial online ad warning against binge drinking on Wednesday night after detractors claimed it blamed rape on victims. The ad depicts a woman's bare legs stretched out on a tile floor, her underwear around her ankles. In one version, the text reads: "Date Rape. See what could happen when your friends drink too much." The ad includes a link to an anti-binge drinking site created by the Board, controltonight.com.

Scroll down for full images of the ads.

Opponents of the ad, such as Jezebel's Erin Gloria Ryan, claimed the ad faulted women for sexual assault:

Rape is not just a bad thing that happens to someone after drinking too much, a wave of nausea that ends in vomit that smells like Red Bull. It's not something the victim conjures up with a mixture of alcohol and phermones. It's a deliberate act on the part of the rapist, a violation of another person committed solely because the rapist wanted to rape. The sooner we acknowledge this, the sooner we'll be rid of stupid, finger wagging ads like these.

Stacey Witalec, a spokeswoman for the Liquor Control Board, defended the date rape ad, insisting that it wasn't meant to blame victims but rather to raise awareness of a significant problem. "On an annual basis more than 97,000 people between the ages of 18 and 24 are the victims of alcohol-fueled sexual assaults," she told the Associate Press, "and those statistics are staggering." Witalec wasn't alone in her defense: Jennifer Storm, Executive Director of the Victim/Witness Assistance Program in Harrisburg, told the AP: "Alcohol is the number one drug used to facilitate rape. You lose your capacity to make sound decisions ... we need to empower people with every tool and piece of knowledge we have."

Being interpreted as blaming victims for sexual assault has obviously limited the ad's ability to raise awareness, but some have questioned the effectiveness of worst-case-scenario ads in general.

The "what-if" tone of the ad,which is part of a larger campaign on the Control Tonight website, is reminiscent of a less graphic New York City subway campaign against binge drinking that appeared in train cars earlier this year. The two posters in the campaign depicted either a woman slumped on the steps of a building, or a man with a black eye and bloody face. The woman's ad reads: "Two drinks ago you could still get yourself home." The text accompanying the man’s bloody face reads: "Two drinks ago you would have walked away."

Speaking to The Wall Street Journal about the New York City ads, Adam Duhachek, an associate professor of marketing at the Indiana University Kelley School of Business, told The Wall Street Journal that two things can interfere with the efficacy of ads depicting negative outcomes: "The first is that people just shut down and don't process the message at all," he told The Journal, adding that people might see the disturbing images and think, "I was having a perfectly nice day until I saw this, and now I’m not going to look at it." The second issue he saw with negative ads were that they trigger a "defensive processing mechanism" in which viewers, recognizing behavior they engage in, then actively distance themselves from the presented outcome, thinking it can never happen to them.

The Control Tonight website invites visitors to experience what it would be like if "you didn't watch out for your friends during a night of drinking" and lets you "personalize the experience" by providing your name and the name of friends you’d bring along with you, plugging a friend's name into the text so that it reads, for example, "Jessica's BAC read .32. The paramedics say it's alcohol poisoning." 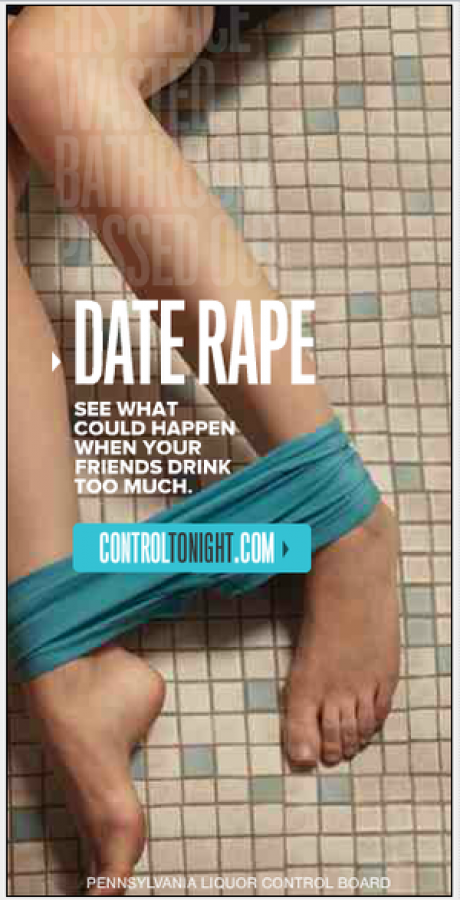 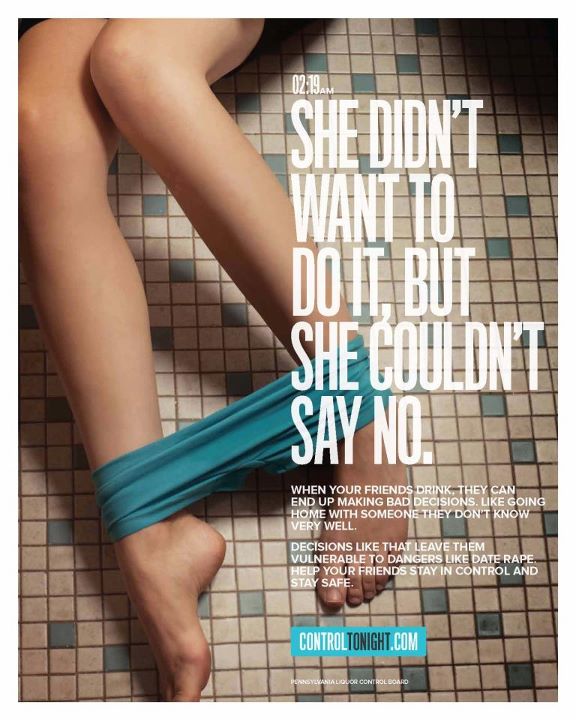