Thanks to the development of tools like Instagram and Facebook, sharing awkward pictures of your pets has never been easier. Now the trend seems to have made it to pet portraiture, albeit in a more dignified manner.

Spanish photographer Pablo Axpe seems to have taken that concept to heart in his set of dog portraits dubbed "Canio."

The photos -- assembled for his final project at IDEP, a university catering to the visual arts in Barcelona -- resulted in a somewhat lighthearted look at man's best friend, PetaPixel notes.

Axpe's photographs have a bit more poise than the spirited underwater dog portraits of Seth Casteel, yet still maintain that playful canine energy

In the United States, pet ownership has ballooned into a gigantic, $52 billion industry, with pets outnumbering people by 28 million, CBS reports. Those staggering figures may explain the rise of businesses, such as animal portraiture, that cater to the desires of owners.

"There are a lot of other pet artists out there. It’s crazy, the demand. People just love their pets," Melissa King, owner of Boston's Pawblo Picasso Pet Portraits, told the outlet.

UPDATE: 3:45 p.m. -- In an email to The Huffington Post, Axpe explained the photos are part of a larger project that critiques "the concept of 'dog as a product,'" wherein humans view the animals as consumer goods. Specifically, Axpe says he takes issue with puppy mills and "pet stores where dogs, cats, etc. are sold as products with Christmas special offers, gift vouchers, financing assistance, etc."

PHOTOS from "Canio," via Pablo Axpe: 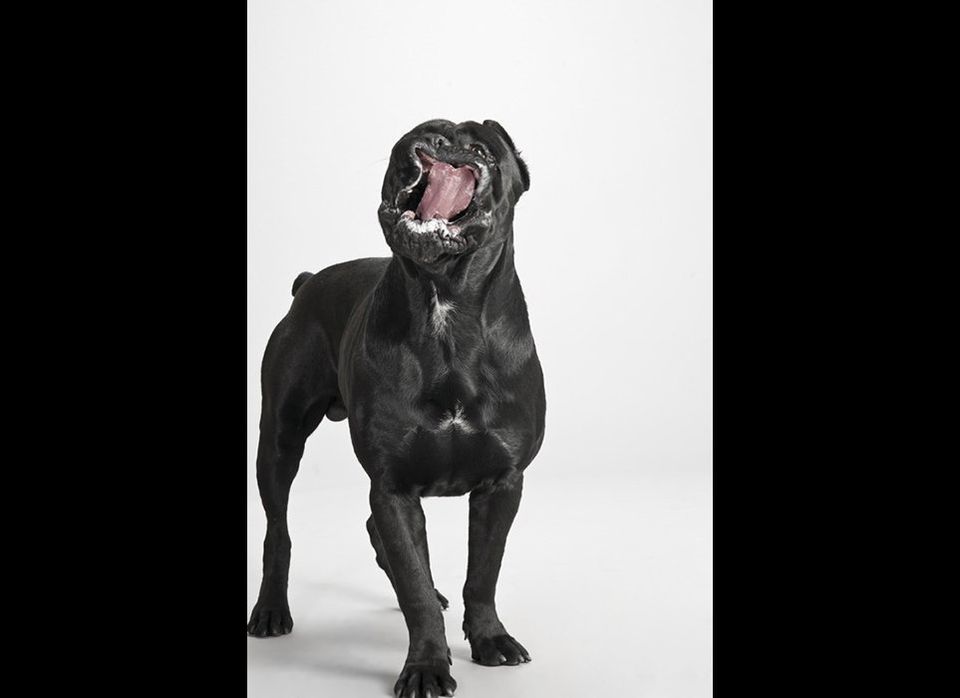 1 / 17
Barcelona photographer Pablo Axpe concentrates on the canine form in these portraits of dogs. See more of Axpe's work<a href="http://www.pabloaxpe.com/" target="_blank"> at his site. </a>
Pablo Axpe