Colombian drug lord Pablo Escobar left a legacy of crime and violence in his country ― but his most lasting influence may be on the environment.

Well, not Escobar exactly, but a group of nearly 80 hippos descended from the four he owned that were set free after his death in 1993.

Although the so-called “cocaine hippos” have been accused of wreaking havoc on the local ecosystem, a new study suggests the invasive animals may also “restore ecological functions” lost for thousands of years due to “human-driven extinctions.”

In other words, it seems that large herbivores like the hippos in Colombia are playing a biological role similar to that of mammoths, giant sloths and giant wombats during the Late Pleistocene period about 116,000 to 12,000 years ago.

Study co-author John Rowan told the Guardian that Escobar’s feral hippos have a diet and body size like those of the extinct giant llamas that used to live in the area, while they share a similar size and semiaquatic habitat with another extinct mammal called the notoungulates.

“So, while hippos don’t perfectly replace any one extinct species, they restore parts of important ecologies across several species,” said Rowan, a Darwin fellow in organismic and evolutionary biology at the University of Massachusetts Amherst.

The study goes against the standard negative view of invasive species.

For example, Escobar’s hippos have been accused of polluting lakes with their feces. But study co-author Erick Lundgren pointed out to Gizmodo that hippo poop “plays a keystone role in boosting fishery productivity” in Africa, so maybe it’s not all bad.

Rowan acknowledged that the new report may cause some controversy in biological circles, but hopes it encourages people to consider long-term effects when assessing the influence of invasive species on a particular ecosystem.

“Hopefully it ignites a debate on entrenched views in conservation biology and encourages folks to ‘take the long view’ when thinking about biodiversity’s past, present, and future,” he told Newsweek. “All we need is an open mind and a little creativity.”

The study appears in the latest issue of Proceedings of the National Academy of Science. 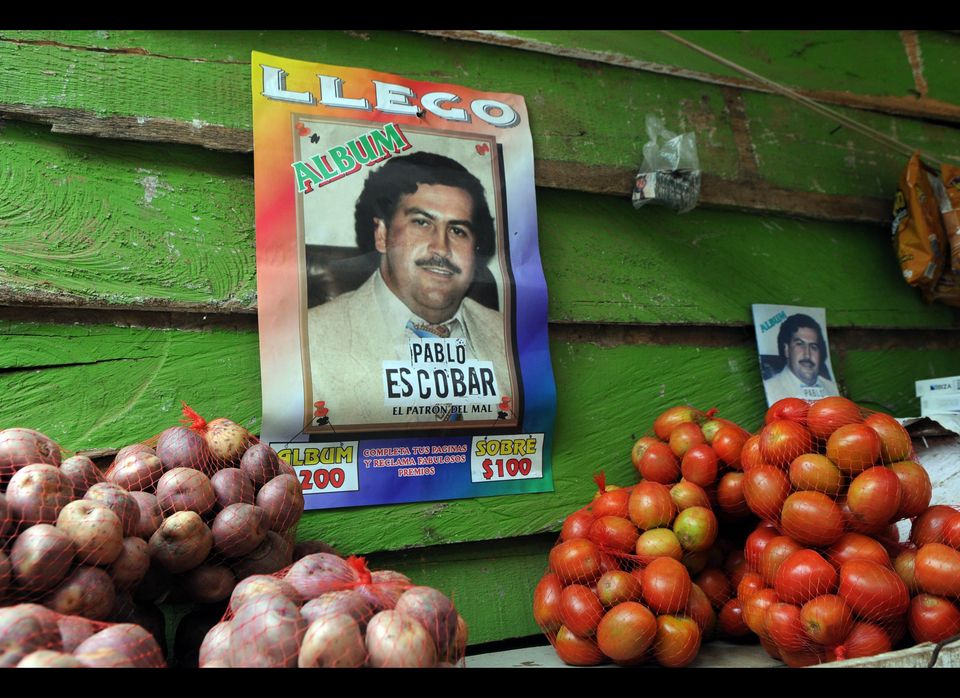 1 / 9
Pablo Escobar Magazine
A poster promoting a magazine style publication about the life of the late Colombian drug trafficker Pablo Escobar hangs on the wall of small food store in the neighborhood Comuna Nororiental 1 in Medellin, Colombia, Wednesday, Aug. 8, 2012. The magazine, whose publisher is unknown, comes with blank pages with instructions to fill them with small photographs which are bought separately, like baseball cards, at several small stores in this neighborhood. The cards showing images of Escobar, are a mix of real life photos and of actors playing out his life from a local TV series called "Escobar, El Patrón del Mal." (AP Photo/Luis Benavides)
AP