Notable for the visually shallow ambiguous space it creates, Cubism—the 20th century avant-garde art movement in painting and sculpture, pioneered by Pablo Picasso and Georges Braque&mdashadopts an approach in which objects are broken up, analyzed, and re-assembled in an abstracted form. Instead of depicting objects from one viewpoint, the artist depicts the subject from a multitude of viewpoints to represent the subject in a greater context.

For me it is ironic that two-dimensional art in many ways fast forwarded architectural thinking. I think it was painting - that of Pablo Picasso overwhelmingly so - that influenced modern architecture to start challenging the boundaries and possibilities of three-dimensional space. Cubism was always destined to be a 2-dimensional art form but the brave and deconstructive thinking behind it has transcended the arts and in its own way has massively influenced the architecture around us. In the words of the great man himself:

"Art is a lie that makes us realize truth." 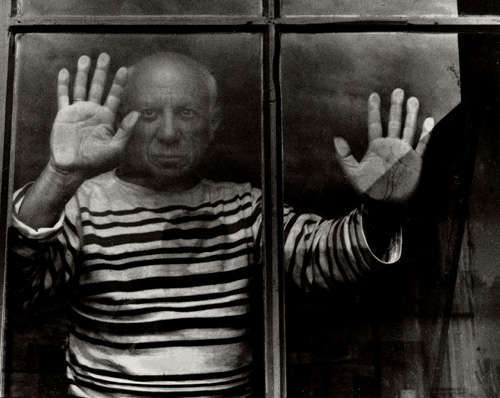 In the week of Pablo Picasso's 130th birthday celebrations, with many related art exhibitions taking place in the art world, I felt compelled to commemorate the great impact this vigorous artist had on architecture too.

What Picasso's body of work did for all art forms was unprecedented, indisputably eye-opening and is still a valid catalyst of creative thinking a century later. What, even indirectly, his - and of course Braque's - cubist work did for architecture was enlightening and created the decisive impetus for architecture to become rational, abstract and much more profoundly embrace space, society and even time.

Today's selection of buildings are not solely of Cubist genesis; instead it is a visual and conceptual attempt at discovering - in contemporary architecture - Picasso's influence in any of its numerous manifestations.

Story continues after the break.

The above selection reveals a number of very different interpretations of the principles highlighted by Picasso's work into architectural language: Czech Cubism reveals the first steps in reconciling the new revolutionary findings of art with architectural and local tradition; Le Corbusier's and Gehry's work displays a kinship with cubism that is as much theoretical as it is visual. Last but not least, there are impressive examples (like the so-called Cubism-Inspired Guitar building of the School of Art and Art History by Steven Holl) of direct visual transformation of cubism's two-dimensional imagery into very real three-dimensional architecture.

'Architecture and Cubism' edited by Eve Blau and Nancy J. Troy provides further insight into the numerous connotations of cubism in architecture:

"Most often the connections between cubist painting and modern architecture were construed analogically, by reference to shared formal qualities such as fragmentation, spatial ambiguity, transparency, and multiplicity; or to techniques used in other media such as film, poetry, and photomontage. Cubist space itself remained two-dimensional; with the exception of Le Cobusiers work, it was never translated into the three dimensions of architecture. Cubism's significance for architecture also remained two-dimensional--a method of representing modern spatial experience through the ordering impulses of art."

So there we go: Cubism and its enormous and often intangible influence on architecture! The immense effect Picasso's work has produced on architecture is hard to pinpoint, hard to describe and hard to do justice... It reminds me of Ray Bradbury's 'Tomorrow's Child' a short story out of 'I Sing the Body Electric': due to a technological error of 'new-age birth technology' a family's child is born in another dimension and consequently its parents see it as a blue pyramid. When scientists find a way to transfer the parents to the child's dimension, only then can they appreciate the beauty of their son for the first time. The story ends with the scientists observing the happy family: a grey rectangle father, a white cube mother and the blue pyramid child. Picasso, the great scientist.