So how did the City of Angels end up with the most pitiful transit system of any major U.S. city? You may have heard a story about General Motors buying the Red Cars and dismantling them in order to force dependency on freeways. But that's just a myth propagated in the 1988 film "Who Framed Roger Rabbit?"

The Red Car system was the brainchild of Henry Huntington, a real estate mogul who is also the namesake and creator behind So Cal's Huntington Beach, Huntington Park and the Huntington Library. Huntington built up the Pacific Electric railroad system as a way of transporting potential residents to and from his own real estate developments. To power all those Red Cars, he went into the Sierras and build an unprecedented hydro-electric power operation.

One of the problems the Red Cars faced is that Huntington never built them to be a comprehensive transit system. It was only meant to be a means of transit to the hundreds of subdivisions he built on the periphery of LA -- one of the reasons LA is so spread out today. As a result, it became easier to get around by driving.

Other factors that doomed the Red Cars, according to LA Metro:

Perhaps the final straw was when Californians rejected a tax in 1926 that would have repaired the Red Cars, which had become dilapidated and mocked as a "slum on wheels." The Red Cars were soon replaced with bus routes and freeways, with the last Red Car running in 1961.

As LA desperately tries to build up its subway system today, remaining Red Car tracks can still be spotted across the city, especially around Santa Monica. Ironically, just as they did in 1926, Angelenos failed to pass a half-cent transportation sales tax last year that would have expedited the city's proposed subway extension. Even though 64.72 percent of Anglenos voted for the measure, California law requires a supermajority vote of 66.66% for any tax increase.

Here is a map of Pacific Electric's railroads in 1925: 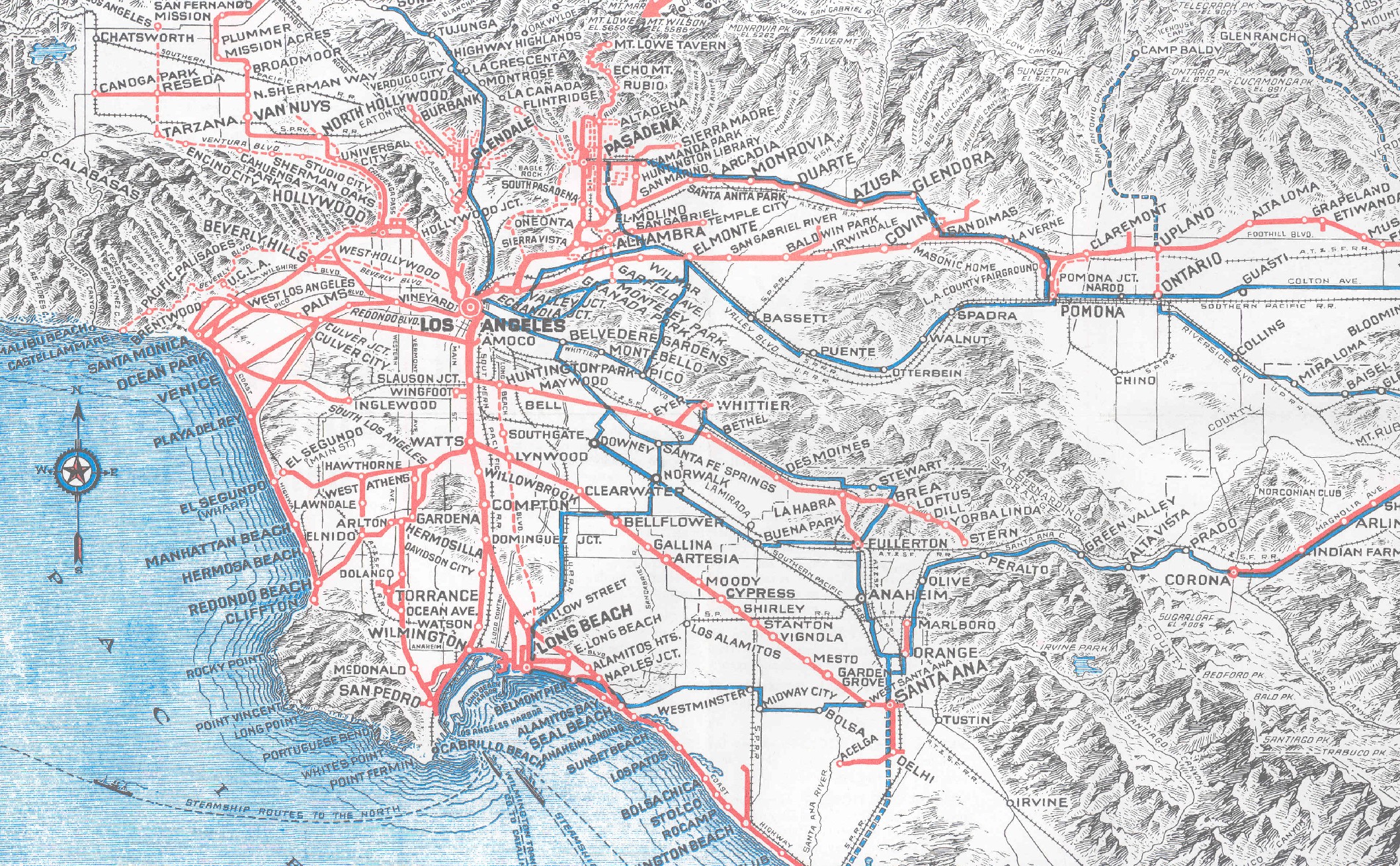