Since their introduction to the Atlantic Ocean in the 1980s, Pacific red lionfish (Pterois volitans) have gobbled up native Caribbean and western Atlantic reef fishes, reducing their abundance by up to 90%. Researchers think one of the secrets to the lionfish's success is a predation strategy unheard of in other fish predators—blowing jets of water while approaching prey to disorient them.

Only 18% of observed lionfish in the Atlantic blew these jets, while about half of the observed lionfish employed this strategy in the Pacific. Researchers think unsuspecting Atlantic prey are easier for lionfish to catch without having to resort to this spitting behavior. 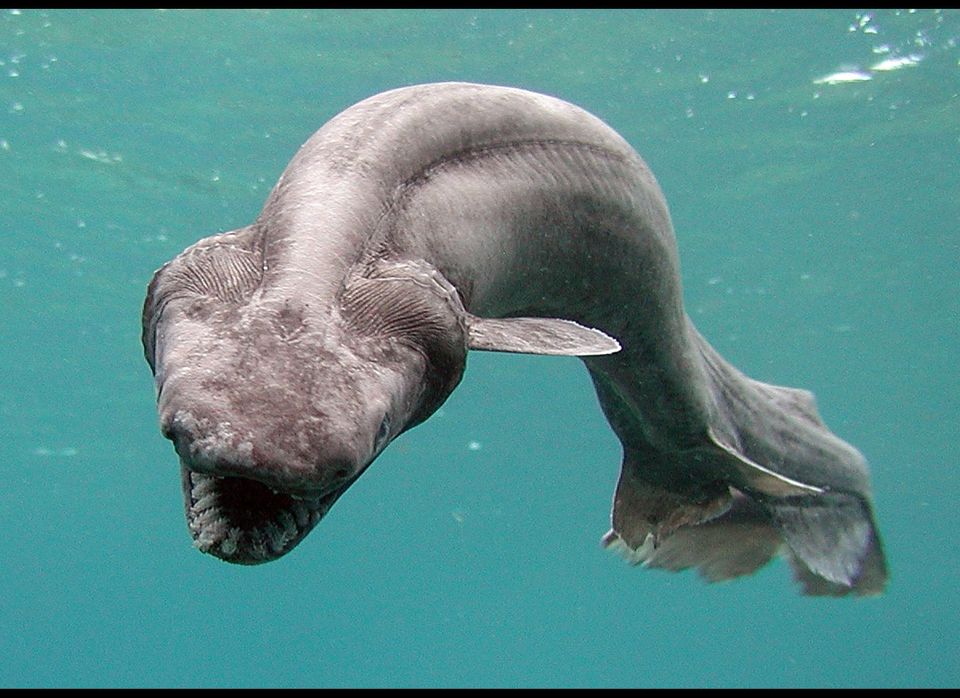 1 / 11
In this handout picture released by Awashima Marine Park, a 1.6 meter long Frill shark swims in a tank after being found by a fisherman at a bay in Numazu, on January 21, 2007 in Numazu, Japan. The frill shark, also known as a Frilled shark usually lives in waters of a depth of 600 meters and so it is very rare that this shark is found alive at sea-level. Its body shape and the number of gill are similar to fossils of sharks which lived 350,000,000 years ago. (Photo by Awashima Marine Park/Getty Images)
Getty