The U.S. Fish and Wildlife Service has denied Endangered Species Act protections to the Pacific walrus, and some environmentalists are not happy.

“This disgraceful decision is a death sentence for the walrus,” Shaye Wolf, climate science director for the Center for Biological Diversity, said in a press release. “Walruses face extinction from climate change, and denying them critical protections will push them closer to the edge.”

The USFWS is defending the decision, saying it’s based on the walruses’ demonstrated ability to adapt to environmental changes and that there’s not sufficient data to indicate the animals need to be listed as “threatened” or “endangered” at this point in time.

The primary issue at hand is sea ice, which has been declining over the past few decades as the planet warms. Pacific walruses, which live in Arctic waters, use sea ice for crucial behaviors like giving birth, nursing and resting.

“When walruses are forced to land, they have reduced access to their food and have to swim farther to find food,” Wolf said. (Their diet is largely bottom-dwelling prey like clams.) Scientists have observed a lack of sea ice resulting in walrus pups being separated from their mothers and left to starve or drown.

And on land, young walruses are more vulnerable to predators and are susceptible to being trampled by the much larger adults.

The USFWS acknowledges these hazards. But it sees the fact that walruses have been able to shift to land at all as a sign of the subspecies’ adaptability, and says there are ways to mitigate some of the risks that come with the shift.

Patrick Lemons, chief of the Marine Mammals Management Office in Anchorage, Alaska, told HuffPost that in recent years officials in Alaska and Russia have implemented ways to reduce the kinds of trampling events that have previously killed thousands of walruses. Primarily, they created rules to reduce human disturbances like hunting and air traffic that can spook walruses into stampeding. (Trampling events can also occur when walruses become panicked by natural occurrences, like the sight of predators.)

When it comes to reduced access to food, Lemons said that researchers previously weren’t sure that land-living walruses would be able to make “very long off-shore foraging trips,” but that it’s now clear they’ve shown the ability to do so.

Wolf, however, says that walruses moving from ice to land should absolutely not be seen as a sign of adaptability, but a signal that something is seriously wrong.

“Walruses are ice-dependent,” she said. “Being forced to move from ice to land when the ice disappears is causing lots of harms to walruses ... This is no happy adaptation story.”

She noted that listing the walrus under the ESA would have had several major benefits.

“It raises awareness that climate change is driving walruses toward extinction, and opens up resources for conservation action,” Wolf said. “ESA listing would require protection of the walrus’s core habitat, a recovery plan with the science-based steps needed for walrus survival and recovery, and require the Fish and Wildlife Service to work with other federal agencies to ensure that the federal government’s actions don’t harm the walrus and its habitat.”

Lemons said that the Pacific walrus population ― now estimated to be at about 280,000 ― appears to have decreased by about 60 percent since 1980. But he said it’s not totally clear why. Declining ice, he said, is one potential factor. He also noted there was a “significant amount of subsistence hunting in the mid 1980s,” which has since lessened, but may have been responsible for population drops around that time.

The most recent data, he says, suggests the population is “the highest it’s been since 1980 and is approaching sustainability.”

The USFSW could be open to listing the Pacific walrus as threatened or endangered in the future if the data changes, he said.

“We will continue to monitor the population and work with our partners here in Alaska,” he said.

CBD had petitioned the USFWS to place the Pacific walrus on the endangered species list in 2008. In 2011, the USFWS named the subspecies as a “candidate” for the list. Legal action on the part of CBD meant that the USFWS had to make their final decision by the end of September this year.

The administration also announced it would be declining ESA protections for 24 other types of animals. Three new animals were added.

PHOTO GALLERY
19 Endangered Places To Visit Before It's Too Late 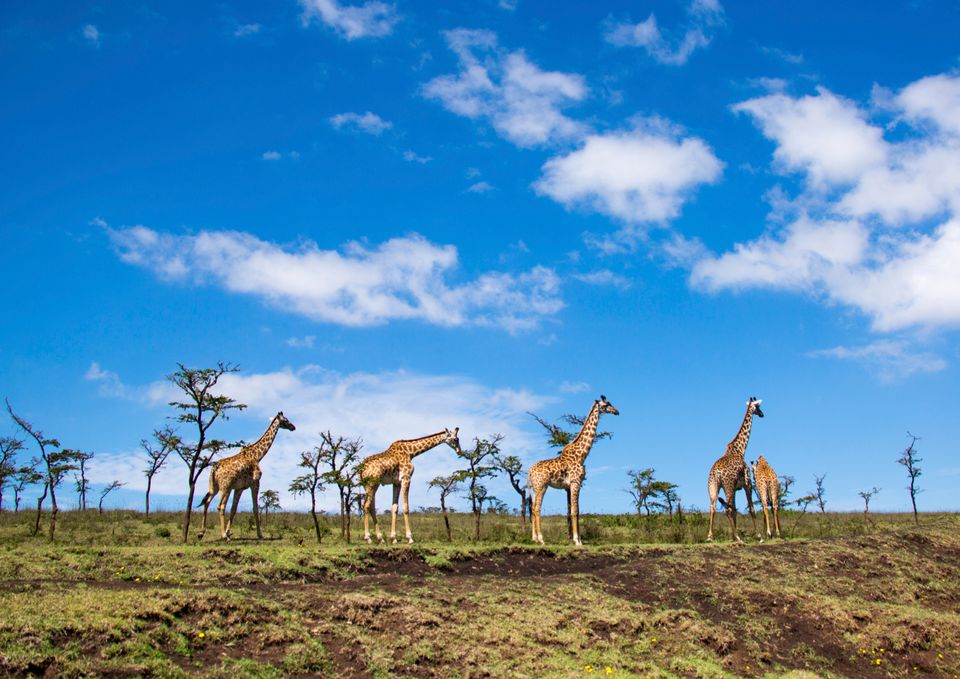