When you think about the Pacific Islands, what comes to mind? Palm trees, cocktails, white sandy beaches, and hammocks? For many people, that is exactly how they see the Pacific, as nothing more than a holiday destination, a tropical getaway and the perfect place to escape to.

But there's more to the Pacific than that.

The harsh reality is that many of the islands in the Pacific are facing the extreme effects of climate change. Our agriculture, coastal systems, ecosystems, water resources and economy, are all at risk.

Places like the Marshall Islands, Tuvalu, Tokelau, Solomon Islands and Kiribati are already being adversely affected by the climate crisis and scientists have warned that if the world does not change track now and reduce its dependency on fossil fuels, the people of the Pacific face losing much, much more.

For many years, the story told about Pacific Islanders is one that portrayed us as mere victims, a far away people who cannot do anything about the causes or realities of climate change. The media has portrayed Pacific Islanders as helpless victims ready to drown with their islands or become refugees.

We are as much helpless victims of climate change, as the Pacific Islands are ONLY holiday destinations. The truth is, we are not drowning, we are fighting. 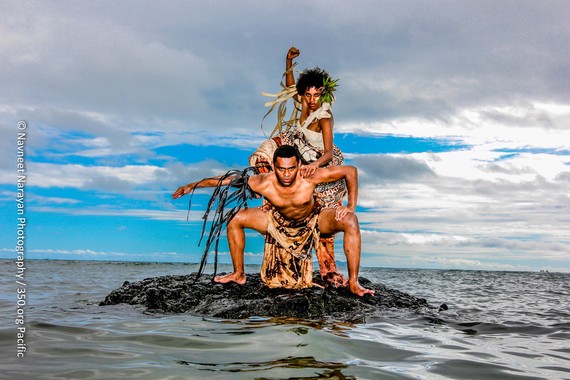 The thing you have to understand about us Pacific Islanders is that we don't see ourselves as separate of our islands and oceans. My island is part of me. The ocean is part of me. Therefore if we lose our land, it is like losing a part of us.

This connectedness with our land and oceans mean at times we must rise to protect it, as if we were protecting ourselves.

While I work for an organization (350.org Pacific) -- who I really serve is a movement of thousands of Pacific Islanders -- across 22 nations and territories -- that this year will be rising to protect ourselves in the face of climate change.

Already more than 600 of us have taken a pledge, to make 2014 the year that the Pacific Islands stand up for ourselves in the face of climate change, and in the face of the fossil fuel industry. Together we will change the narrative from that of "we are drowning victims" to we're powerful, peaceful warriors, drawing on our cultural strength to confront the fossil fuel industry that threatens our very existence.

As we get further into 2014, we'll be turning the pledges into action, pressuring multinational corporations that operate in the Pacific Islands to divest from the fossil fuel industry. Let's just say that if they don't they will be confronted by peaceful, warrior action.

This year is the twentieth meeting of the United Nations climate talks. Yet we are still so far away from the global commitment to protect the Pacific Islands from climate change. Instead, many nations are moving in the wrong direction. Last November, countries like Japan, Canada and Australia, used the United Nations meeting as a chance to declare that they are going to do less rather than more to reduce their emissions. We can no longer wait for these countries to take action: It is time for us to rise and protect ourselves.

When we talk about rising up as warriors, do not fear violence, mayhem or savagery. We are dignified warriors, who stand by these principles:

2014 will be remembered as the year we rose together to protect our Islands, and wove a story so powerful, that it will be retold for generations to come.

It will provide us with an opportunity to stand firm in our beliefs, teachings, values and principles, to demand recognition and justice for our land, ocean, culture and peoples.

Join us -- take the pledge to stand up for the Pacific Islands here. 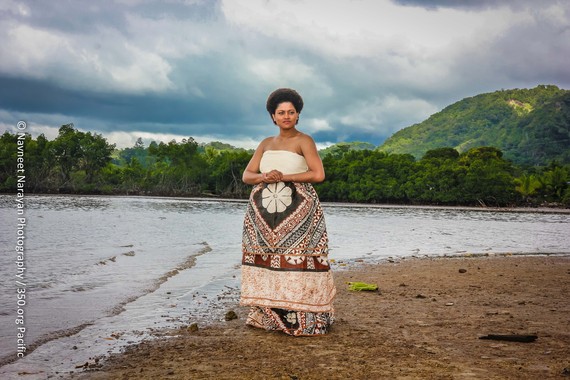 Additional photos can be seen here.