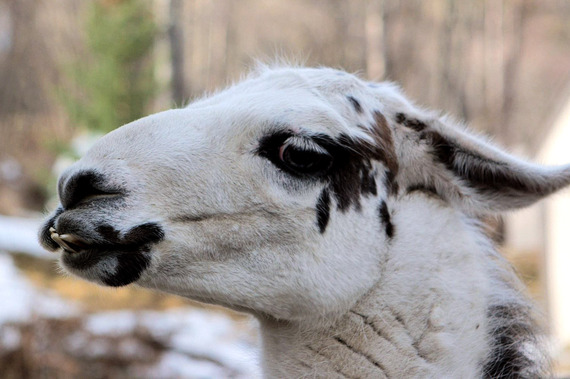 Raul doesn't appeared to be bothered by unfamiliar company. His white ears twitch when cars drive by his Eagle River home, but he never stops chewing on little bits of his food -- except when his owner saddles him up with about 70 pounds of gear for an Alaska expedition.

But recently, that lifestyle was in jeopardy.

"There is definitive documentation of the transmission of diseases from domestic sheep [and] goats to their wild kin," Fister said.

But in a Park Service compendium published in mid-March, officials wrote that the transmission of disease from llamas or alpacas to wild sheep or mountain goats has not been documented, and the likelihood is "probably low, although still possible."

Two of the few to maintain the ancient way of travel are the Nuechterleins.