Expect plenty of trash talk until the May 2 fight between Manny Pacquiao and Floyd Mayweather Jr.

Although the men officially faced off Wednesday at a press conference, Pacquiao got in some early jabs during an appearance earlier that day on ESPN's "His & Hers." The fighter thinks there's one other champion Mayweather should watch out for: Ronda Rousey.

"I believe so. She's strong. She's strong enough to beat Floyd Mayweather in MMA," the boxer said, when asked if MMA fighter Ronda Rousey could take on Mayweather.

A spokesperson for Mayweather said he wasn't available for comment. But the love for Rousey didn't stop there. Pacquiao also offered Rousey a ticket to his fight against Mayweather. Looks like Rousey, who said she badly wanted to go to the fight and floated using her championship payout to do so, won't need to spend her winnings after all.

And it isn't the only could she-couldn't she speculation surrounding Rousey, who set a record last month in defeating her opponent in 14 seconds at the UFC Women’s Bantamweight Championship.

Rousey welcomed a challenge from former boxer Laila Ali after the former boxer told TMZ "no woman" could beat her.

“If she wants to take me up on that, I’m around,” Rousey said told The Daily Beast in an interview published Wednesday.

Rousey herself isn't afraid to take on the boys, either. She told SportsCenter last week that she could beat “100 percent” of the UFC male fighters in her weight class.

Here's to more trash talking over the next month and a half! 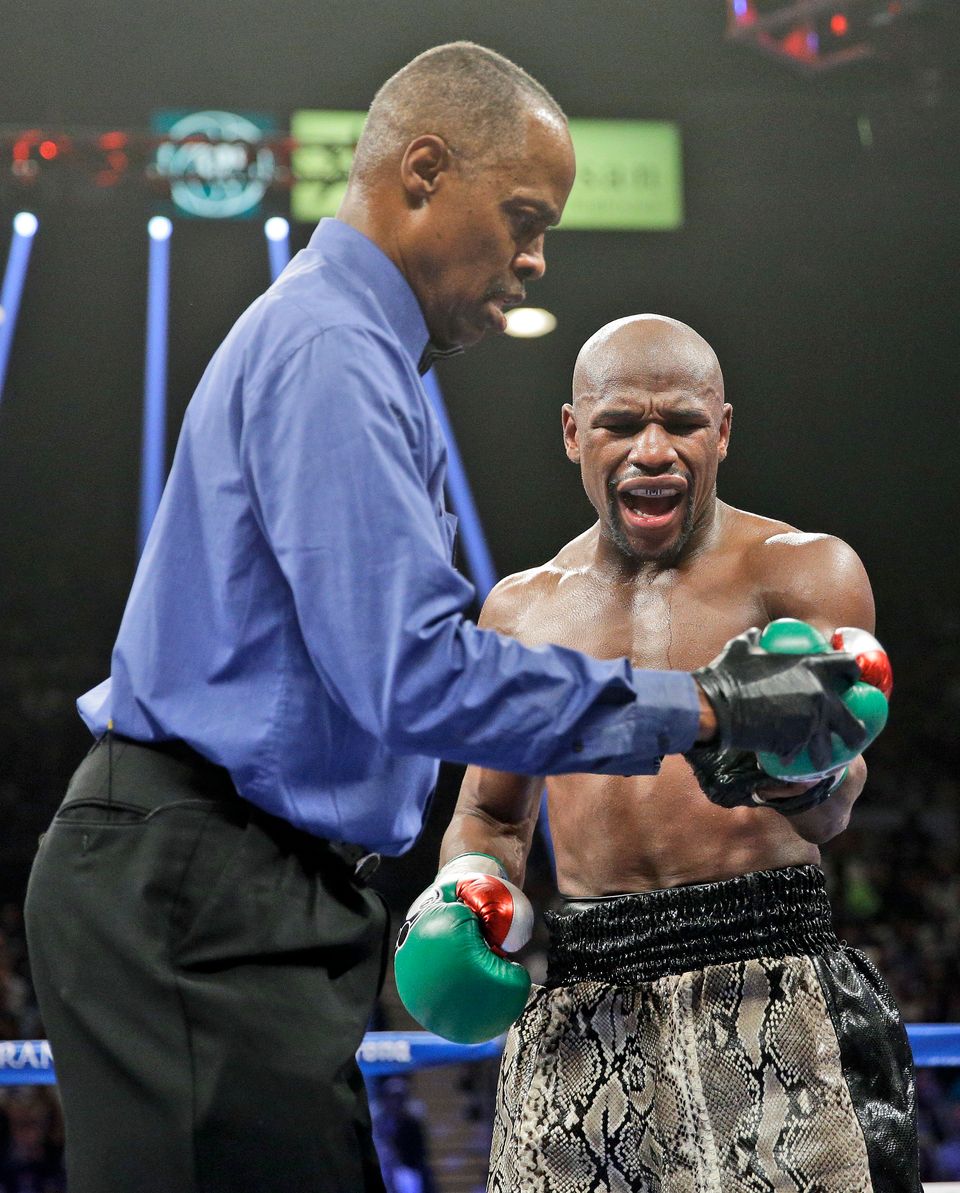