Nikolay Tarasov was fishing in a river near his home in Tisul, in the Kemerovo region of Siberia, when he caught something unexpected- and very old.

"Me and a friend were walking on the river bank with nets, when suddenly it got stuck with something," he said. "I found the object, freed the net and was about to throw it back in the water - but at the last second I looked at it more closely," he told The Siberian Times. "And I saw a face. I stopped and washed the thing in the river - and realized it wasn't a stone of an unusual shape, as I thought earlier - but a statuette." 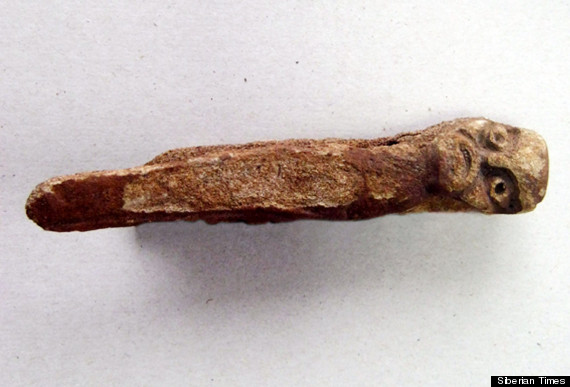 Tarasov's instincts to keep the unusual find were correct, as when he brought it to a local museum, the "experts there quite literally jumped for joy, and quite high!"

Museum curators dated the figure to over 4,000 years old. Carved in horn which was later fossilized, the Bronze Age figurine shows a pagan god.

Marina Banschikova, director of Tisul History Museum, elaborated on the rarity of Tarasov's find. "The only things we have dated approximately to the same age are a stone necklace and two charms in the shapes of a bear and a bird," she told The Siberian Times.

It's thought that statuette originates from the Okunev or Samus cultures, both of which are known for their carved figures.

Tarasov gave the find to the museum without asking for anything in return, because he believes that it's important for people to learn about the history of their country. The Siberian Times noted that the statue is probably worth more than if it was made of gold. 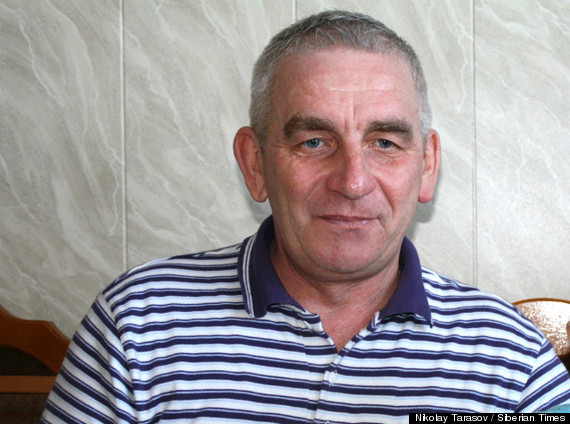