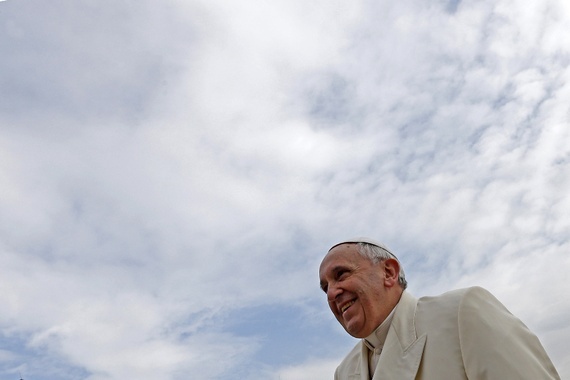 Contemporary Pagan religious practice commonly fosters a sense of spiritual connection with the Earth. Pagans actively try to cultivate a harmonious relationship with the non-human natural world. In this time of accelerating environmental change, many Pagans feel a sense of urgency to help transform humanity's relationship with the Earth. Pagans share this concern with Pope Francis and people of many other faiths.

This sense of urgency is what drew together a diverse group of Pagans leaders, authors, artists, and bloggers from around the world, to draft "A Pagan Community Statement on the Environment." The Pagan statement has been published at ecopagan.com, where it has been translated into 16 languages. Thousands of people from over 70 countries have signed the statement, with more signing every day.

The Pagan statement begins by recognizing our interconnectedness with the web of life:

"In recent decades, many contemporary Pagan religious traditions have stressed humanity's interconnectivity with the rest of the natural world. Many of our ancestors realized what has now been supported by the scientific method and our expanding knowledge of the universe -- that Earth's biosphere may be understood as a single ecosystem and that all life on Earth is interconnected."

A similar sentiment was expressed in Pope Francis' recently published environmental encyclical. Repeatedly throughout the statement, the Pope observes that everything is interconnected (¶¶ 16, 70, 117, 138), a fact he says which "cannot be emphasized enough (¶ 138).

The Pope also observes that we are inherently part of the earth: "Nature cannot be regarded as something separate from ourselves or as a mere setting in which we live. We are part of nature, included in it and thus in constant interaction with it." (¶ 139) The Pope introduces the encyclical with the observation that "our very bodies are made up of her elements, we breathe her air and we receive life and refreshment from her waters." (¶ 2) This echoes language in the Pagan Community Environmental Statement:

"We are earth, with carbon, nitrogen and phosphorus making up our bodies one day, and incorporated into mountains the next. We are air, giving food to the trees and grasses when we exhale, and breathing in their gift of free oxygen with each breath. We are fire, burning the energy of the Sun, captured and given to us by plants. We are water, with the oceans flowing in our veins and the same water that nourished the dinosaurs within our cells."

Both Pope's environmental encyclical and the Pagan environmental statement call for a deep change in how we understand our relationship to nature. Pope Francis calls for an "ecological conversion" (¶ 216), observing that technological solutions are insufficient "without a spirituality capable of inspiring us, without an 'interior impulse which encourages, motivates, nourishes and gives meaning to our individual and communal activity.'" (¶ 216) Similarly "A Pagan Community Statement on the Environment" states:

"Technical solutions can never move forward without political will, and the necessary political will requires a shift in our most deeply held values, in our very definitions of what it means to be human, and in how humanity relates to the world. We recognize this shift as a spiritual imperative. ... there is a deeper and more profound change that is needed. Fundamentally, we believe that a change in spirit is required, one that fosters a new relationship between humanity and other species and Earth as a whole."

Pope Francis writes that religions should be spurred "to dialogue among themselves for the sake of protecting nature." The similarities between Pope Francis' environmental encyclical and "A Pagan Community Statement on the Environment." should inspire Catholics and Pagan to work together to save our shared planet.

To read and sign "A Pagan Community Statement on the Environment.", go to ecopagan.com.