A father walking his daughter down the aisle at her wedding is a moment that many brides look forward to. But for those who have lost a parent, a day and tradition that are meant to be joyous can also be painful reminders of their loss.

Still grieving after her father died unexpectedly in 2011, newlywed Paige Eding knew he somehow had to be part of her big day. For her June ceremony, they planned a moment of remembrance, but the 23-year-old Zeeland, Mich., resident longed for a stronger connection.

So she called her wedding photographer, Kari Wieringa of Zander & Breck Photography, with what some might see as an unusual request -- adding a stop at her father's grave site to the busy schedule on the day of her wedding.

"I wanted it captured," Eding said. "I wanted to have that lasting memory."

Wieringa wasn't fazed. Rather, she could empathize with Eding.

"I lost my mom when I was seven," she said, "so I understand her desire to go do that."

When they visited the cemetery, a group of family members hung back and Wieringa stayed about 20 feet behind Eding as she approached her father's grave.

"It all seemed pretty normal, she looked fine, and so we're standing there and I'm ready to take pictures, and she just fell," Wieringa said.

"It was a moment of longing and wishing for him," Eding said. 'I was so sad that he wasn't there physically ... but I was also joyous. ... Through my family, he still lives inside of each one of us." 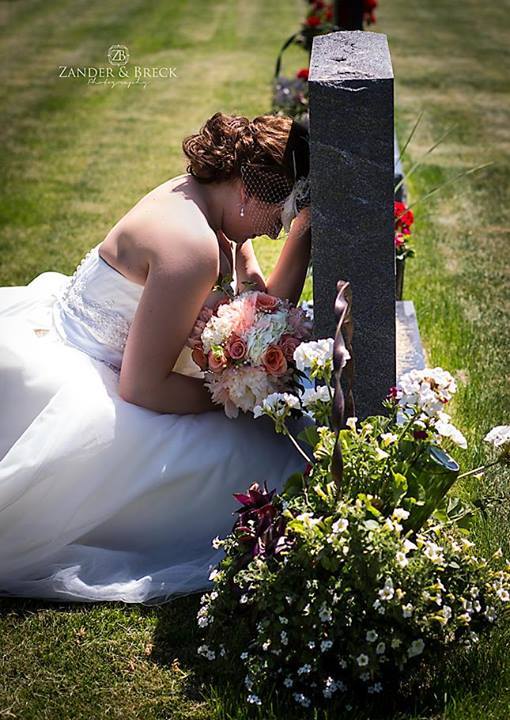 "I didn't even know she had the camera to her face," she said. "Everyone else didn't exist."

Later that day, Eding's grandfather walked her down the aisle to her husband, Kevin Eding, whom she said her father Mark Winia would have approved of.

"In the short time they did get to spend together they instantly bonded," she said.

After the wedding, Wieringa saw the photo and was immediately touched. She asked Eding's permission to put it on her Facebook page.

"I wanted to share it because it was so moving, and that's the type of photography I really love. When 7,000 people had seen it I called her and asked, 'Do you want me to take this photo down?' It's such a personal moment ... I felt very protective of Paige."

With 700 Facebook fans, Wieringa never thought the photo, now with more than 700,000 likes and 34,000 shares, would go so far: she said Facebook stats showed that more than 20 million people had seen it. Comments and emails poured in, thanking Weiringa for sharing the photo and telling her how it resonated with them.

The attention also came with negative reactions, too. When the image found its way to Reddit, some commenters said it was "tacky" or in poor taste to have the moment photographed and shared online.

Others asked, Wieringa noted bewilderingly, if they could have her permission to recreate the image for their own wedding pictures.

Wieringa, who has three young children and describes herself as a stay-at-home mom, began taking photos when her first son was born. She works to capture life as it is, she said, though often has trouble getting clients on board with her desire to focus on the unplanned moments. But she said they often end up appreciating the candid shots more.

"They want something they can blow up huge on the wall, picture perfect, but life's not like that," she said. "I have a two-year-old crying at my leg all the time, and I want that image, because that's life."

"I think it's because I lost my mom," she added. "I really crave those images of watching my mom interact with me or my brother."

So far, as Wieringa works, Eding has only seen two photographs: the shot at her father's grave and another where she's kissing her husband.

"I've got my dad and my new husband. If she only took those two photos, I would be happy in life," Eding said.

"Kevin and my dad, they're so alike," she said. "When's the sun's not shining they'll be your sun. It's a quality that I love to remember in my dad and that I'm so lucky to have in my husband." 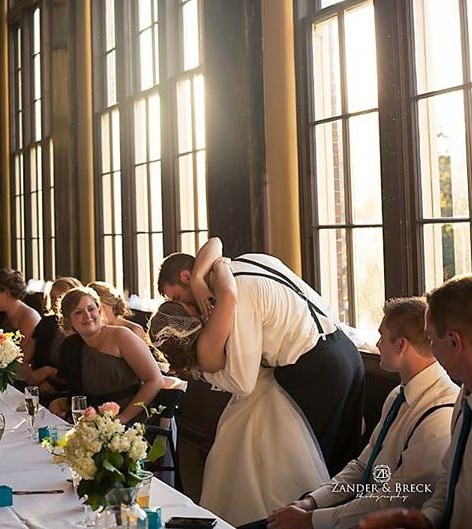 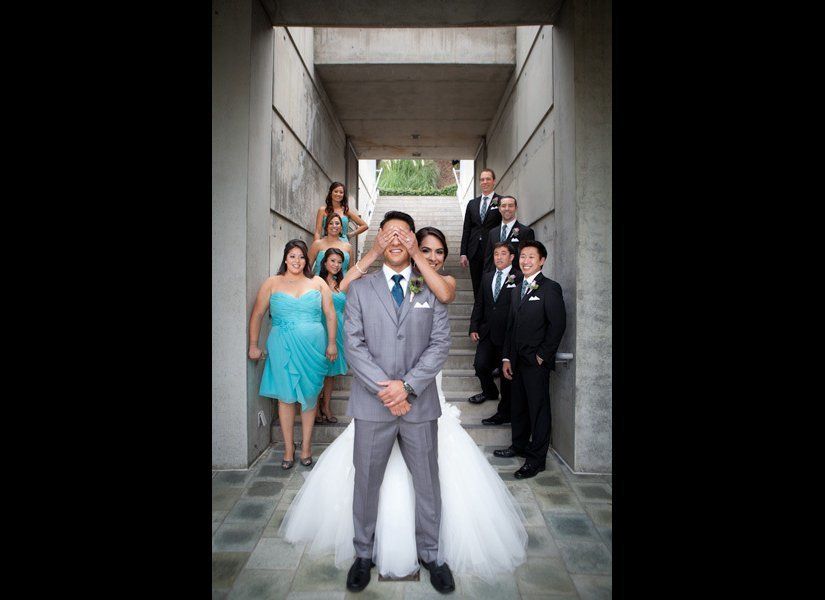