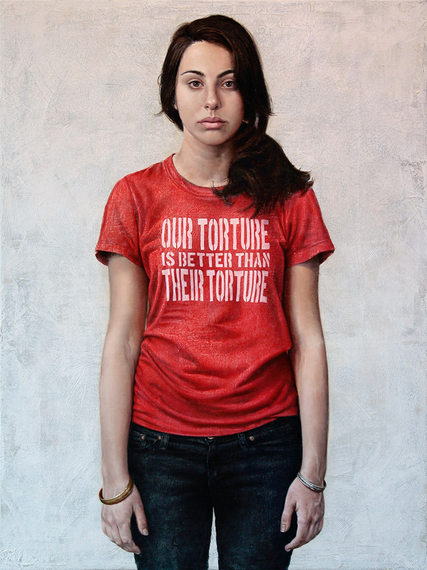 As a representational painter with some skills, I often wonder what relevance my art form has in the contemporary world. Everywhere I go I see people more engaged with a virtual world than with their life surroundings, faces gazing into a smartphone screen, mesmerized. I am lucky that this medium is friendly to painters who create images that intrigue, and my paintings include representations of people that psychologically engage the viewer. A minimalist block or a conceptual installation might not fare so well. How odd is it then that thousands of people around this globe would tell you, "I know the work of F. Scott Hess," though they've never seen a single painting of mine in the flesh.

The Southern California painter John Nava also has some concerns about painting's relevancy to contemporary culture:

The mainstream conversation about what art might be has long ago moved away from things being done on easels. And so a painter today must not only worry about what a camera or a computer might do but, more importantly, what to do. Without a social 'mission' the painter, typically alone in a studio with an empty canvas, must overcome doubt and convince him/herself of a picture's meaning and importance. Neither the cave painter, nor Titian, or even David, had such concerns. 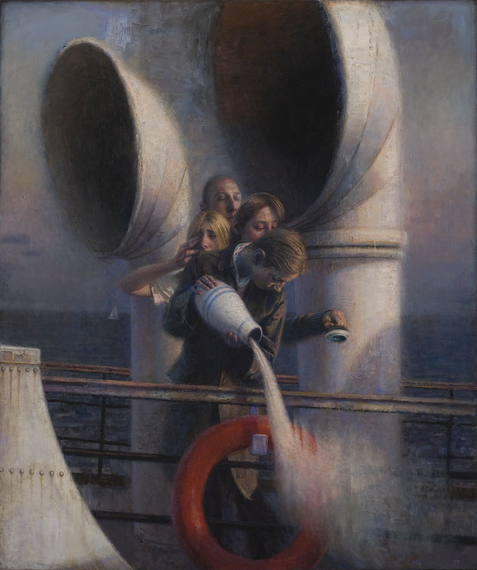 is one reason why many artists use digitally manipulated photography, quotation, appropriation, found images and other means to make paintings that show the disjunction between the artwork and the world. Other representational painters, also not without doubt (and often using similar methods, though for different ends) have seemingly mustered more hope (faith?). They feel that though they see 'through a glass darkly' and cannot attain the certainty required to show the world as it is, they might at least be able to show what it feels like to be in it. They look out in order to see in. They know appearances can deceive but hope that they also reveal. 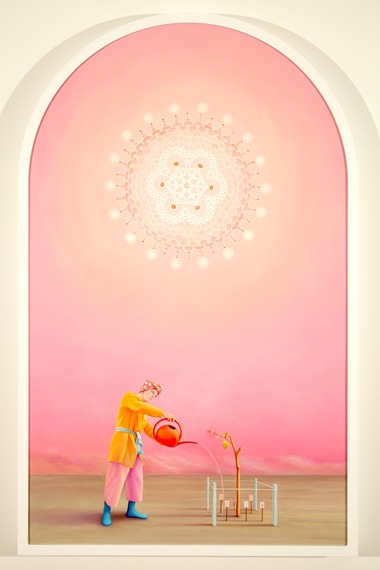 The Seattle area painter Laura Lasworth finds the physical interaction with the painted object to be a critical component of understanding the work. She states,

there's a big difference to our experience of 'looking' if we only see the painting through some form of digital representation. To cite an example, I have been an admirer of the work of George Tooker for decades and have looked at hundreds of his images in print and online over the years. But I had never seen a work of his in person until I traveled to Philadelphia to see his retrospective at PAFA in 2009. 'To look,' to be in the Presence of the paintings was an encounter with Transcendence, true and beautiful. Their brilliant luminosity, surfaces smooth as glass yet bearing immense depth, their capacity to shout injustice, or pour forth quiet. The totality of this sublime experience would have been lost had I presumed to think I saw the paintings because I viewed them in a book or on my computer. 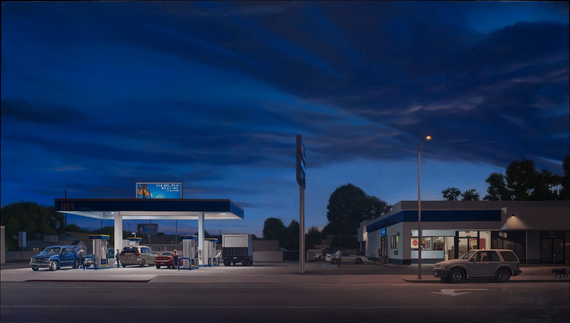 While digital imagery and the internet have brought representational painters easy access to an endless supply of reference material and inspirational images, social media has also allowed a once disconnected community to network, discuss, organize, and prosper. As an artist who is very active online, Los Angeles painter Marc Trujillo understands there is a price to pay:

Digitizing is a generalization and a degradation which we've become accustomed to as a trade off for ease of distribution. It's important to look at representational painting in this digital age as an affirmation of the actual. Paintings are made with a considered scale which is lost in translation into digital media. You can look at a painting on your phone, pad or monitor and it quietly shrinks or expands, but with an actual painting, it matters that you're standing in front of it. Representational painting uses abstraction as a mantle for the subject matter and at the same time shows us things we understand through lived experience. In representational painting the figure that is affirmed is the one we're the most aware of, ourself. 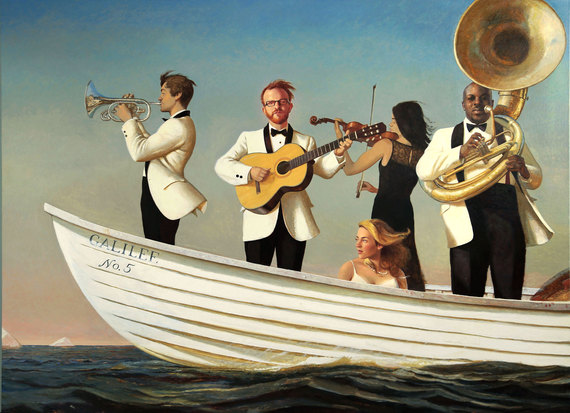 Bo Bartlett, an artist who stems from Columbus, Georgia, is optimistic about painting's place in a digital age:

With the internet, all information is at our fingertips, we can see the history of art online as well as all the work contemporary artists are currently making in their studios or exhibiting in galleries. The possibilities are endless. Anything can happen. In Representational painting we have chosen our order. We know our game. It is not about representing what is before us. Friend and art instructor (NYAA) Wade Schuman, tells his students, 'Don't make your painting a representation of the thing -- Make it the thing!' Too often students learn to paint realistically and spend way to much time on the technical aspects of 'perfecting' their paintings. What matters is not if a painting is technically 'perfect', what matters is if a painting has 'life' in it. One can't fake that. You have to have a reason to paint. It's more than just being about something or having an idea. Those things are square one. It has to be 'going' somewhere, leading the artist, and the viewer somewhere, hopefully somewhere they've never been before, moving the conversation forward.. to a new place. One doesn't learn to drive a car so that they can drive around and around the block giving a parade wave to their mother on the front porch. One learns to drive a car so that they can 'go' somewhere. The same is true for painting.