My wife bought a new 2014 Subaru Forester and I was excited. Not so much for the car, but because it was our first vehicle with built-in Bluetooth audio. Finally, hands-free phone in the car, finally good tunes from my iPhone, finally Sirius XM Radio without a Sirius receiver. This was going to be great. In my eagerness, I decided to see if the pairing process would be so intuitively obvious that I wouldn't need to open the owner's manual, which these days is about as thick as War and Peace. I figured I'd just hit the menu button and see where that took me.

Well, it took me to "Bluetooth Pairing". That was easy enough. 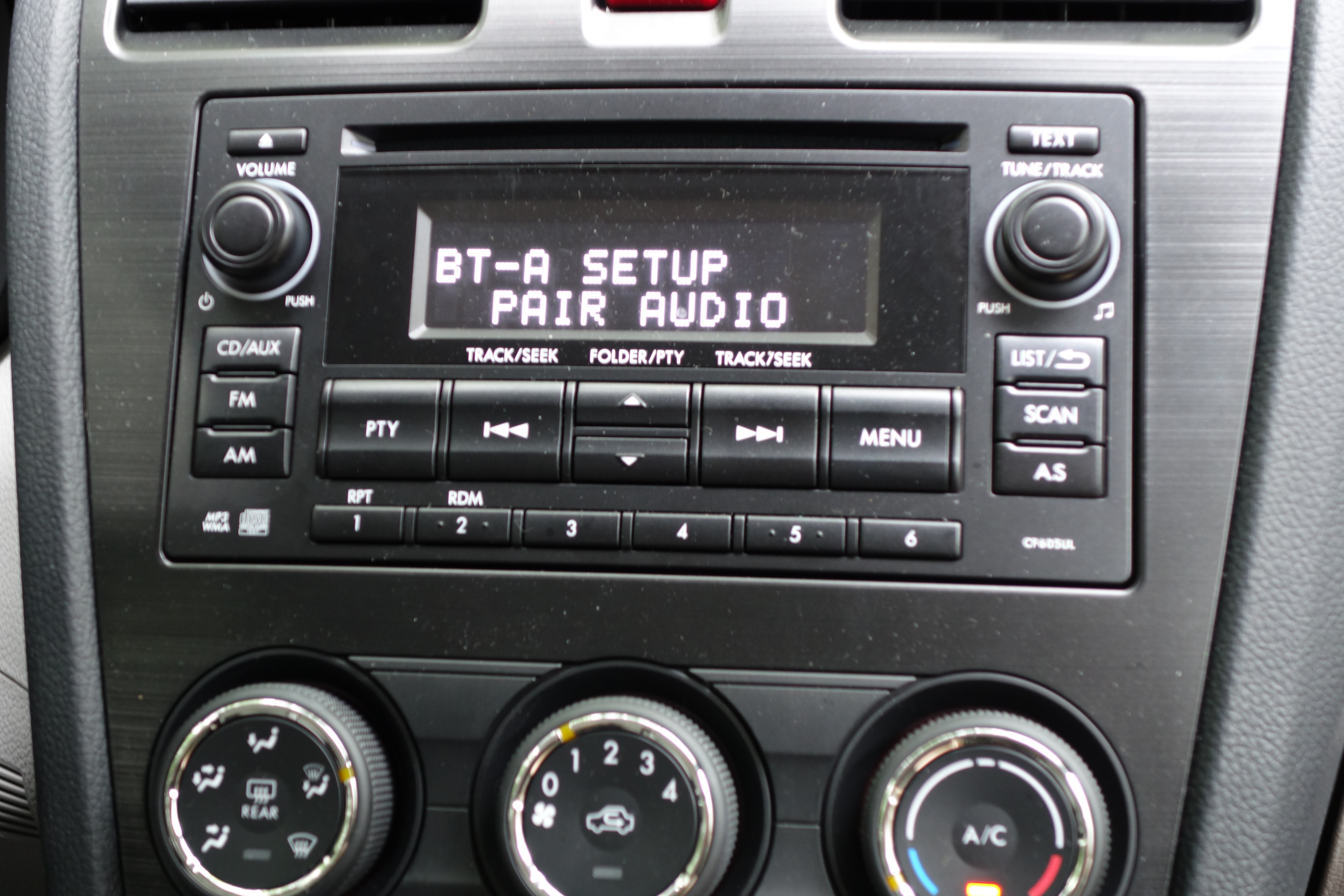 But in the next step, even though I had set up discovery on my iPhone's Bluetooth settings, the next menu told me, "Pairing Unavailable". I fiddled around with a couple of other settings, but still nothing. Well, this wasn't going to be intuitively obvious. So I dove into the manual. And there, the first thing it told me was that I could not pair my device while the car was in motion. I guess they figured it was safer this way, forgetting that there might be a passenger onboard who could do the job. So we pulled into a parking lot and did the deed. The pairing itself went smoothly, and once stopped, the audio system gave me new pairing options which allowed me to complete the process. And off we drove, listening to the On Broadway Channel on Sirius XM through my iPhone.

But that's not the end of the story. My wife asked if now she could also pair her smartphone to the car. Turns out she can't. The system will only allow pairing with one device. If you want to change, you have to delete the existing pairing. Otherwise you get a "Memory Full" message. That's a pain. So we drove to our destination, and then we got back into the car, and I assumed it would pair automatically now that it was successfully set up. No such luck. Turns out I have to go back into the Bluetooth settings on my iPhone every time I want to use it in the car and manually reconnect. Another unncessary pain. I guess I should be grateful that even though the built-in audio doesn't work smoothly, at least it works. Some endorsement. Given all the fuss about the new generation of connected cars, you'd be entitled to think that the process would be simpler. You'd be wrong.