Eradicating polio and improving the health of millions of children in Pakistan depend quite heavily on assuring that all children have access to life-saving vaccines. Geography, instability, poor infrastructure, inadequate female education and other factors make effective vaccine delivery a challenge in Pakistan, under any circumstances. Compound those challenges with mistrust of immunizations fueled by a reckless and ill-conceived CIA operation that used a vaccination campaign as a ruse to find Osama bin Laden and it's easy to understand why vaccination rates would be stagnating, and well-meaning government officials would be looking for virtually any solution to improve vaccine uptake in their population.

The most recent policy prescription from the Pakistani parliament to improve immunization coverage, however, misses the mark, and badly. In fact, it has the potential to hurt, rather than help, local efforts to improve vaccine coverage. 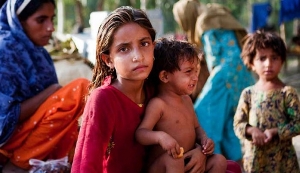 A draft bill being finalized in the Pakistani parliament would require compulsory vaccination of all children, and would introduce tough penalties -- including fines and imprisonment -- for parents of unvaccinated children.

What's the problem, you might ask? Aren't compulsory vaccination requirements common in the U.S. and other countries as a pre-requisite for school attendance? And if so, why isn't this a good policy for Pakistan?

Such requirements do indeed work in the United States. By requiring proof of immunization status in order for children to attend school, state policies in the U.S. help assure a high level of immunization coverage, which in turn protects vaccinated children and members of the community who cannot receive vaccines, like those with underlying immune deficiencies.

But just because legislating immunization coverage works in the United States doesn't mean it will work in Pakistan. The main reason is that the drivers of under-vaccination in Pakistan and the United States are fundamentally different. In the U.S., all parents have access to basic vaccines through health clinics or pediatrician offices. These offices and clinics are well-stocked and reliable for delivering vaccines that parents demand. However, in Pakistan both supply and demand side obstacles work to keep vaccine coverage down. While some Pakistani parents refuse polio vaccinations that are offered to them at their doorstep, many more Pakistani parents who love their children and would want them to be vaccinated against a host of diseases live in communities where local health centers often fail to provide the vaccines they need.

In legislating fines and/or imprisonment for parents of unimmunized children, the Pakistani government will essentially be punishing parents for the immunization status of their children. Should those parents be imprisoned because their health system has failed to provide them with reliable supplies of vaccines and other primary care services?

If the legislation passes into law, Pakistani parents would be incentivized to falsify immunization records in order to avoid fines or prison sentences. This would make matters worse by making it impossible to use immunization coverage data to figure out where the true pockets of susceptible children remain, and use that information to increase coverage and limit or stop the spread of disease.

Pakistan has real and urgent immunization coverage problems, and in the case of polio eradication, global success will require success in Pakistan. For these reasons, Pakistani parliamentarians should be applauded for considering new ways to raise vaccine coverage with legislation. However, smarter policies and legislation would use carrots more than sticks, rewarding for high coverage rather than punishing for low coverage.

Data from the field of behavioral economics are showing how conditional cash transfers -- i.e., rewards for undertaking smart health behaviors -- can actually change behavior, and how such an approach can increasingly be applied to vaccine programs. A recent study from George Washington University scientists, for example, showed how these payments could encourage adolescent girls to forego sex with older men and reduce their risk of HIV infection. And for immunization coverage, there are similarly promising results. When combined with 'pay for performance' changes to the health system to improve vaccine supply and delivery, policies that reward vaccination have the potential to do far more to increase vaccine coverage than the current proposal to punish parents for having unimmunized children.

Improving immunization coverage is possible with smart health policy, especially when it is tailored to the local situation. This proposed legislation in Pakistan is not the right solution, and immediate efforts should be made to pull the bill and to re-orient the efforts of parliamentarians who are clearly interested in the right outcomes but pursing flawed policy.

The World Health Organization, as the leading normative voice on global health policies and a central player in the polio eradication effort, should advise the parliament not to pass this bill. It should offer new policy prescriptions, including conditional cash transfers and pay for performance supply side arrangements that would actually improve coverage. In doing so, WHO could help Pakistan avoid a predictably flawed immunization policy, improve immunization coverage in the country, and re-establish itself as a source of valuable and well-regarded policy advice that national leaders can trust and rely on.