The Islamic State’s masked executioners have become the new face of global terrorism. But the longer-term threat still lurks thousands of miles from Syria and Iraq: in Pakistan.

When the mustached, 32-year military vet becomes director of the Inter-Services Intelligence (ISI) next month, he’ll have to come to grips with the potpourri of extremist groups that call Pakistan home, while playing a pivotal role in its fraught relationships with India, Afghanistan and the United States. The ISI head is considered the second-most powerful person in this conflict-riven country, behind only the head of the army.

It’s too early to know which faction of the military Akhtar will ally with — hardliners or those willing to defer to the civilian government — but his appointment has raised hopes the military might stand down. Akhtar is part of a new guard being promoted, and some observers think their rise could defuse the situation. 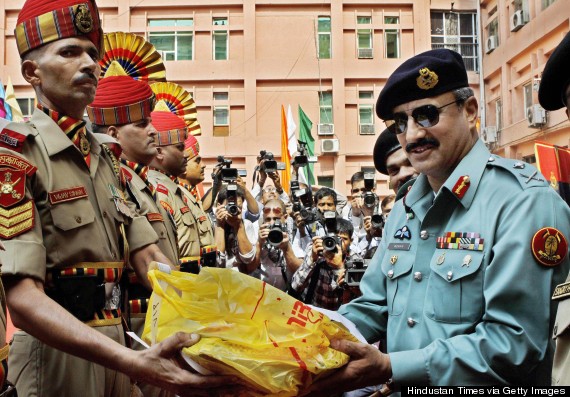 Ice seems to run through his veins. In June, he calmed the country in the wake of a horrific terrorist attack, the siege of Karachi’s Jinnah International Airport. Akhtar, then the head of the regional paramilitary force, addressed a bank of news cameras and reporters the morning after. Wreckage smoldered in the background. If he was shaken, he didn’t show it. Solemn, measured, quietly confident, the general might as well have been reading off the day’s schedule.

He’s definitely “cool and composed even under pressure,” confirms one veteran Karachi-based journalist who has covered Akhtar.

Whether he can or wants to rein in the ISI and his military colleagues is a different question. “The stories about General Akhtar in the media are no different from ones about his predecessors,” Husain Haqqani, Pakistan’s former ambassador to the United States, writes via email. “Spin is not a substitute for fundamental policy changes.”

In particular, the mistrust between the United States and Pakistan “that has caused the two erstwhile allies to drift apart runs deep,” Haqqani says. “Unless General Akhtar is willing to be more open about how and why Osama bin Laden was in Pakistan and the Pakistani state makes the critical decision to break links with all Jihadi terrorist groups, there is little likelihood of returning to old levels of trust.”

It is not clear, however, whether the ISI knew Bin Laden was in Pakistan. Aptly, the nation has been called a “hard country.” In the 67 years since its creation, the former British colony has been roiled by three successful military coups and four wars with archrival India. It’s lost as many 50,000 of its people to terrorist-related violence just in the last decade. And its relations with the United States have been fraught, undergirded by suspicions about Pakistan’s willingness to combat terrorists, both home-grown and those who’ve found sanctuary in its tribal areas. The safety of Pakistan’s nuclear arsenal is a constant concern.

Akhtar’s agency has played a major role in fighting — or not fighting — terrorists. Known for its efficacy and double-dealing, the ISI is like “the CIA, the DIA, the FBI and the elements of a police state all wrapped into one,” says Daniel Markey, an expert on Pakistan at the Council on Foreign Relations. The agency’s support for extremist groups in the 1980s and ’90s — proxies in its cold and hot wars with India — helped seed al-Qaida and the Taliban as well as the insurgency that now threatens Pakistan’s existence. 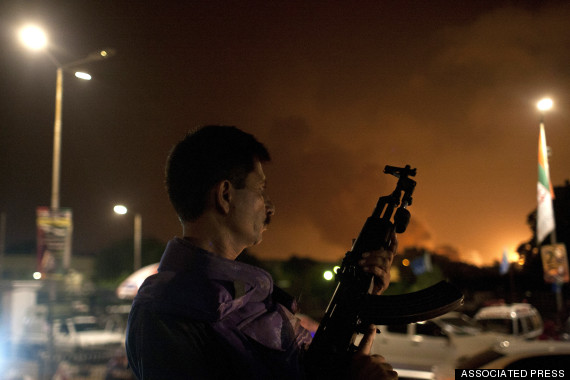 A Pakistani soldier takes position at Jinnah International Airport where security forces are fighting with gunmen who disguised themselves as police guards and stormed a terminal used for VIPs and cargo, Sunday night, June 8, 2014, in Pakistan. (Photo: AP/Shakil Adil)

Those who have watched Akhtar up close in Karachi are more optimistic about his willingness to take on both extremists and politics-as-usual. It was Akhtar, after all, who first commanded the Karachi Operation, a much-praised effort to re-establish order in Pakistan’s anarchic economic hub.

Launched last year, the offensive targeted politically motivated crime that wreaked havoc in the city of 21 million-plus. There were kidnappings, thefts of autos and phones, and robberies and extortion, some of them politically motivated, according to businessman Majyd Aziz, former president of the Karachi Chamber of Commerce. “The Rangers and the police undertook thousands of raids and apprehended known criminals and desperadoes,” Aziz wrote in an email. “Credit for this definitely goes to Rizwan Akhtar.”

Aziz and others say Akhtar proved not only his strategic acumen with the Karachi Operation, but also his political finesse — building the necessary stakeholder support, working with the local police and making his presence felt in ways big and small.

Not everyone was impressed. The Human Rights Commission of Pakistan has criticized the operation, complaining it was executed in an ad hoc manner and that Akhtar refused to meet with human rights advocates. That’s not surprising — Pakistan’s military has compiled a dismal human rights record over the years.

Akhtar may not put much stock in human rights concerns, but he has shown a keen awareness of the limits of military action, as well as the need to win hearts and minds. That was evident in Karachi, as well as earlier on in his career, during two tours as commander in the country’s tribal areas, a safe haven for the Afghan Taliban and all other manner of terrorist group. That counterterrorism experience bolstered Akhtar’s credentials for the ISI post.

But he also demonstrated in Karachi that he is not afraid to speak his mind, even when it may not have been palatable to the political powers.

“I think his ‘weak’ point is that he is a mini George Patton when it comes to voicing his opinion,” writes Aziz, explaining that he has a “no-holds barred approach. Calls a spade a spade.”

That could make for an interesting tenure.