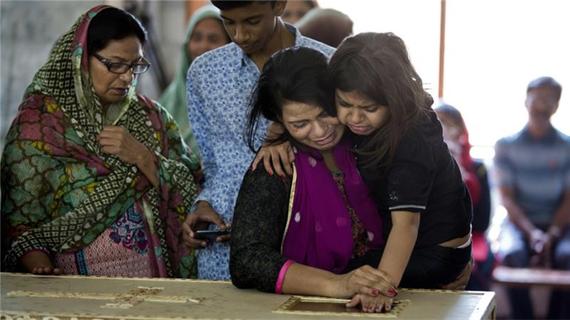 On Sunday March 27th, while a group of the Pakistani Christian minority was celebrating Easter, one of the most important events in Christianity, terrorists attacked with impunity killing 72 people and injuring more than 300. Among the dead were many children and women. The main targets were Christians, but the blast did not discriminate on the basis of religious identity and also took Muslim lives.

This horrendous attack is not an exception in Pakistan, but rather a rule going on unabated for over a decade. The atrocities are carried out by Islamic religious fanatics against other minority groups, mainly Christians, Shia and Ahmadi Muslims.

These radicalized killers believe that anyone of a different religious persuasion is inferior and therefore a fair target. For this latest attack a Taliban splinter group, Jamaat-ul- Ahrar, took responsibility, but others such as Lashkar-e-Taiba, Pakistani Taliban, and Jaish-e-Mohammad have committed similar assaults. 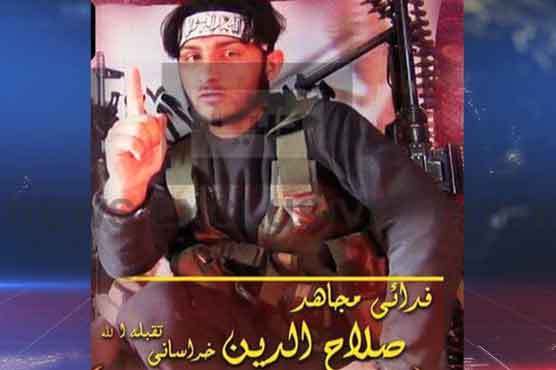 Since its inception in 1947, Pakistan has made a deliberate and conscious decision to use religious identity as a tool to further its national security interests. Although a religious identity, if not exclusionary and fanatic, may not be a problem, the Pakistani version is intolerant, extreme and murderous. Not only could this situation become an existential threat to Pakistan itself, it is a world menace. Pakistan is a nuclear power outside of the Non Proliferation Treaty. Any kind of nuclear device in the hands of fanatics is a serious danger to the world as a whole.

How did Islamic radicalization begin in Pakistan? For most of its history since partition from India in 1947, the country has never had a democratic secular system. The most powerful institutions of Pakistan have always been the military and its affiliate security organization, the Inter Service Intelligence. These institutions have pushed a Pakistani identity rooted in Islam. This identity began to take an ugly turn starting with General Zia-ul-Haq. Zia, the head of the Pakistani Army in 1977, overthrew the elected government of Zufiqar Ali Bhutto. With the monetary help of Saudi Arabia, Zia began a major, but quiet campaign of Islamization. The number of religious schools proliferated. These schools were staffed by ignorant and fanatical Wahabi type teachers.

The result was that a large number of children were brought up who did not learn much about Islam, but learned how to be intolerant and violent. Zia also imposed rules that women should cover their heads on television, and he established an outdated and out of context Islamic system of punishment for criminals, among other edicts. 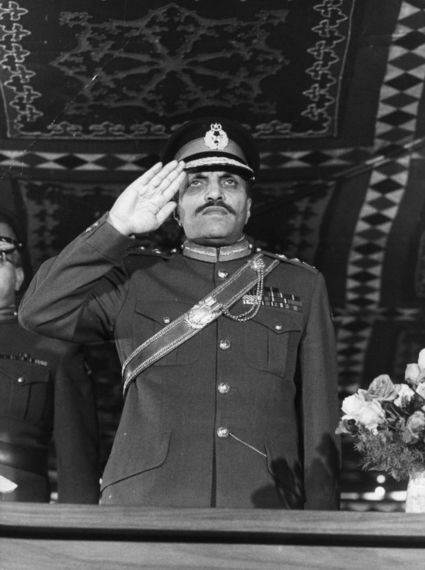 The events in Afghanistan, which shares a 1200-mile border on the west, also helped accelerate Zia's plan which would eventually lead to the creation of the Taliban. The subsequent invasion of Afghanistan by the Soviet Union in 1979 created a flood of refugees crossing the border for safe havens in Pakistan. Once settled in refugee camps, they had no choice but to send their children to these religious schools. All they learned was a perverted version of Islam with no room for tolerance. Zia, with the encouragement of the US, welcomed a large number of fighters from across the Islamic world. The majority of the so called jihadis were Arabs from the Middle East, but also from as far north as Algeria, Libya and Tunisia. Zia died in a mysterious plane crash in August of 1988, but the policies he had put in place continued.

One of the first groups to emerge from Zia's madrassas (religious schools) was the Taliban, who were dispatched to Afghanistan in 1996. Their mission was to take over the county from the warlords who had divided Afghanistan into de facto fiefdoms after the Soviet withdrawal. Once in power, the Taliban took religious extremism to another level. They carried out public executions, forced women to hide in burqas and other inhumane and barbaric practices in the name of their perverted form of Islam. Then came the Pakistani Taliban and others.

Pakistani officials announced that they have arrested more than 200 people in the aftermath of the Easter Sunday massacre. Arresting and killing these terrorists will not solve the problem. What Pakistan needs to do is carry out a program to de-radicalize and reeducate large segments of society. But more importantly it needs to ban institutional discrimination against minorities, especially the Pakistani Christians.

The concern is that it has taken a systematic effort over a long time to create this fanaticism, it therefore will not be eliminated in the short term. This type of perverted religious creed has now been ingrained in peoples' mind in Pakistan and elsewhere, and changing their behavior is not an easy task. Pakistan needs to come down hard on these groups. It should also monitor the religious madrassas and expunge all hate related material from their curricula. The Pakistani government should also restore full rights of the minorities and make sure they are enforced. It is high time for Pakistan to remove blaspheming laws on the books which are designed to work against dissent and religious minorities.

Short of any serious effort to reign in and de-radicalize the killers, Pakistan's existence will be in jeopardy. The terrorism and instability which has already engulfed the region will spread further. The menace will become global if any of these radical groups get its hands on Pakistani nuclear weapons or fissionable material.