Israel has granted a certain amount of autonomy to the Palestinians, but with significant restrictions. The West Bank of the Jordan River is divided into pockets of land classified into three zones: Areas A, B, and C. The land in Area A, while a relatively small percentage of the geographic area, contains most of the Palestinian cities and towns, and is free -- it's entirely controlled by the Palestinian Authority. The parts designated as Area B are mostly filled with infrastructure surrounding and connecting the islands of autonomy which combine to make Area A. Area B is under Palestine civil authority but is largely off-limits to Palestinian security forces. It's mostly controlled by the Israeli military and seems to be designed so that if there's trouble in any island of Area A -- for example a terrorist attack emanating from that community -- that community can be locked down and isolated in a snap by Israeli troops shutting down Area B. By shutting down Area B, the vast majority of the Palestinian population is bottled up in isolated urban islands throughout the West Bank. Area C, holding most of the West Bank's uninhabited land, is under complete Israeli authority. While Area C is kind of a part of Palestine, there can be no Palestinian building in Area C without a permit from the Israeli Civil Administration -- and that's usually difficult to get. A problem with Area B is that, since Palestinian security forces can't really work there and Israel doesn't care to enforce Palestinian laws, it tends to be a more lawless place...and also serves as a convenient garbage dump. 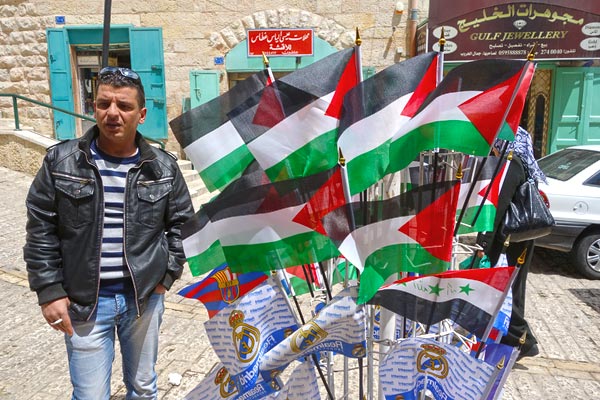 Frustrating as the restrictions are, it is important to remember what an historic accomplishment it is that the land in Area A is free and self-ruled, and has been since 1994.

I was told that the First Intifada led to the Oslo Accords, which established Areas A, B, and C as a transitional arrangement scheduled to be phased out in five years. When the deadlines were ignored, that lead to the Second Intifada (more violent than the first). And all that bloodshed meant the zone system became permanent, and the wall-and-settlement program was implemented. 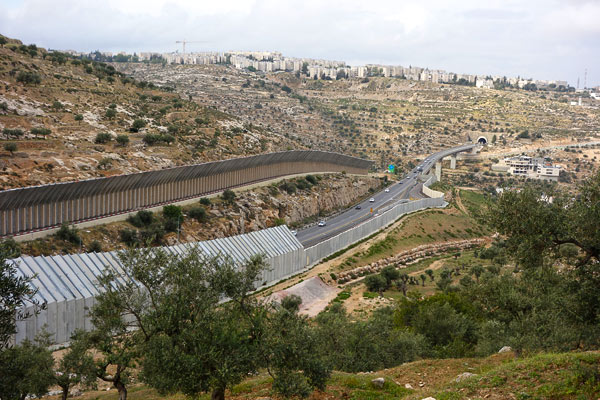 Area C also includes Israeli infrastructure -- like this fine highway -- which cuts through the West Bank connecting Jewish settlements in Palestine with Israel proper. Palestinian license plates are green and Israeli plates are yellow. When times are good all cars are allowed. In troubled times, traffic is yellow plates only.

For Palestinians, living within the strict confines imposed by Israel after the Second Intifada can be frustrating. Both established and "flying" (temporary) checkpoints can make traveling from one Area A community to another very difficult. (Although during my visit, checkpoints seemed unmanned, and traffic was passing through without stopping.) For security reasons, Israel doesn't allow Google to map the area. There is no reliable mail service between the West Bank and the rest of the world (many Palestinians keep an address with a friend in Jerusalem to work around this -- but forget about getting any Amazon.com purchases delivered within Palestine). 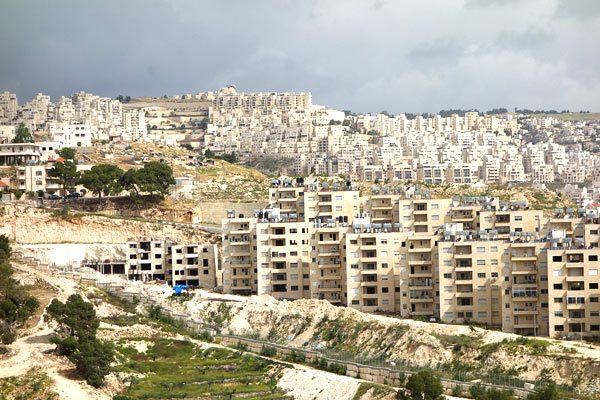 Many hilltops in the West Bank are now covered with new, planned Israeli communities called "settlements." They are connected to Israel by secure, well-built roads.

While most young people and professionals have smartphones here, there's no 3G allowed in Palestine. As smartphones need an Internet connection to fully function, nearly every restaurant and café provides free Wi-Fi. Israeli settlements buried deep within the West Bank have 3G, so some Palestinians mooch off of this by getting an Israeli SIM card. 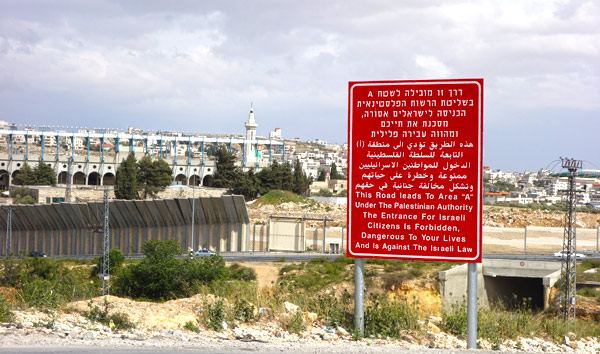 A big bold red sign marks the point where any road in Area B passes into Area A. It declares that passing this point is dangerous and that it is illegal for any Israeli citizen to do so. My hunch is that Israel's concerned its citizens may be kidnapped by Palestinian extremists and then held for ransom in an attempt to negotiate the release of Palestinians detained in Israeli prisons. With this clear warning, Israel can, in good conscience, have a policy of not negotiating for hostages. Many believe a sad by-product of this policy is that it keeps people fearful and separated, and makes people-to-people connections more difficult between the two sides. I get the sense that the majority of people on both sides would like better relations. Walls and checkpoints are hurdles for this.