Ten young Palestinian diplomats recently sharpened their media skills in Turin/Torino, as part of a program to prepare them for the rigors of public diplomacy and exposure to the world.

The group of eager men and women attended a weeklong workshop at the International Labor Organization's (ILO) training center in the northern Italian city where I enjoyed interacting with them and with co-trainer and media expert Abdelhamid Siyam. 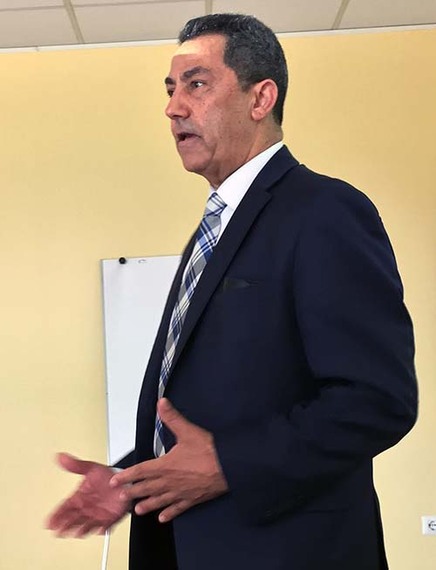 My input began with two concentrated sessions on how to think and act like a journalist.

We joked about how diplomats are masters of obfuscation and hypocrisy, and I told the trainees they would have to change their Palestinian Foreign Ministry mindset and start putting themselves in journalists' shoes.

That meant understanding the rapid and major changes media and journalists have to undergo as well as the added pressures Palestinians face on a daily basis on their home turf, where (among other things) mobility is regularly hampered by the Israeli occupation, and abroad, where they have to compete for attention with other pressing world issues.

I walked them through the paces of how newsrooms and journalists have to contend with a converged multimedia digital ecosystem as users of countless apps and social media often outpace traditional news outlets.

So diplomats and public affairs officials must keep pace with the rapid changes and learn to interact effectively, not just be passive reactors.

We also defined news, news values, the impact of information they disseminate, controversy, notoriety, sources, and how to write for different media, not just their superiors and other government officials.

I suggested they stay clear of long-winded, rhetorical text and focus their writing speaking and visuals on short credible messages with maximum impact.

There was emphasis on the need to engage with various constituents and audiences through social media and to maintain a strong online presence.

A major part of one session was dedicated to media ethics. 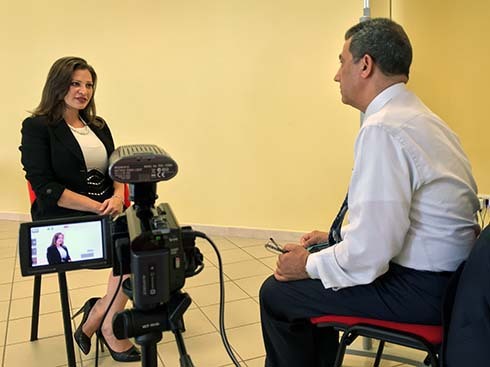 We went through the process of verification and credibility of sources, notably in conflict zones, how to minimize the risk of misinforming audiences and how to mitigate the impact of hate speech.

There were case studies of what constitutes unethical media behavior and how powerful images and visuals can sway public opinion.

There were several sessions on interview skills and how diplomats can improve their performance on the air, in print, and in online media.

That meant the proper planning and execution of the before, during, and after parts of interviews, and the subsequent assessment of one's performance for improved future delivery of a message or project. 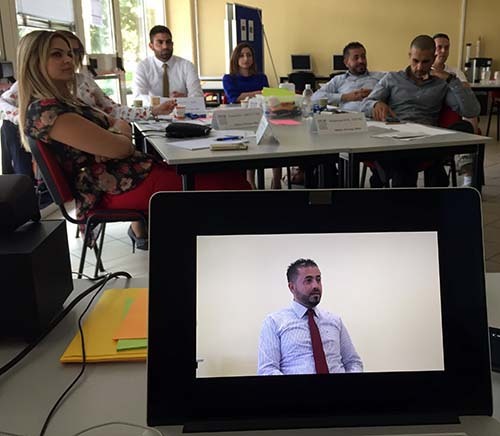 Simulations and mock interviews were part of the practical work we included in the workshop, with veteran journalist and media academic Siyam acting as the interviewer and yours truly pitching in as camerawoman and producer.

We deconstructed the whys and wherefores of interviews, their aims, their specific and general audiences, the various media through which they're conducted, the ground rules for each one, the art of turning the rich Arabic language into cogent sound bites, and the logistics of planning them.

Again, we provided case studies from existing media and went through the participants' exercises with a fine-toothed comb.

Since these were diplomats, we worked on acceptable language that would satisfy journalists' curiosity and keep with diplomacy's decorum and requirements.

Another key component involved how to organize news briefings and conferences, with each event entailing its own set of rules and requirements.

Excellent planning and attention to the minutest details were half the battle, we told our charges, and provided tips on how to ensure these occasions' success. 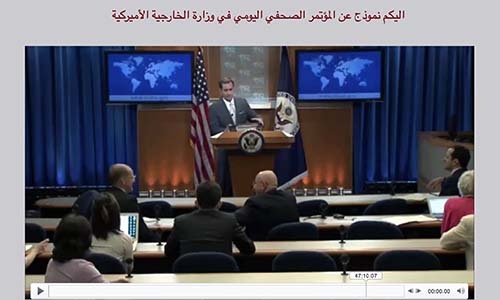 Negative news and crisis management are an inevitable part of the job, and we provided a road map of how to navigate the increasingly choppy waters of public diplomacy.

That, too, meant planning for the before, during, and after of unpleasant circumstances.

Other sessions involved writing skills, special focus on media in the Arab world, and dealing with reputation issues.

Another expert provided input on social media for diplomacy.

It was an enjoyable few days in a charming university campus-like setting where we all learned from each other.