It's the details one often remembers.

Mine is the memory of Fouzi El-Asmar surrounded by piles of newspapers, documents, and books, at his Washington, D.C. office and Maryland home office.

The noted Palestinian journalist, author, poet and activist par excellence devoured words with relish and produced countless words of his own to fill volumes for over half a century.

The focus, the Holy Grail, was Palestine, the land of his birth and in which he was made to feel an outsider.

After the first recovery from the 1948 defeat, the Arabs of Israel were left in a void. They saw that a new situation had emerged....Arab lands were confiscated under many different laws, and many villagers were expelled and turned into refugees inside the country.


El-Asmar recalled how the inhabited land of mandate Palestine became the state of Israel and how the Arab Christian and Muslim natives were turned into second-class citizens.

The experience initially recounted in Hebrew, which he mastered, and later in his native Arabic, was "To Be An Arab In Israel," a searing book published in 1975 and later translated into nine languages. 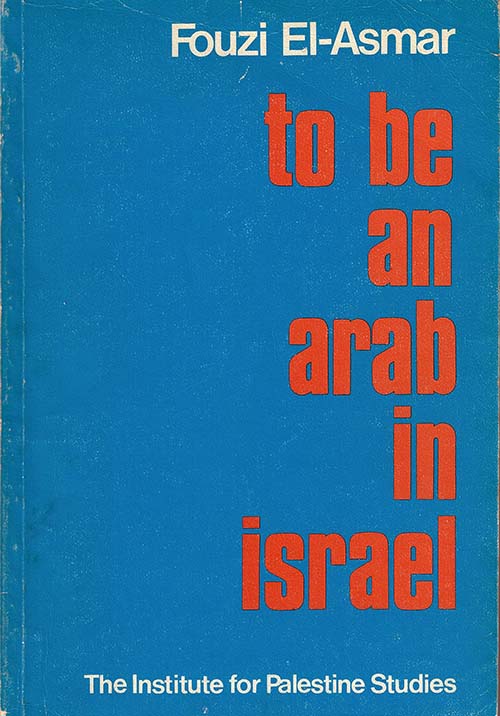 To Be An Arab In Israel (Abu-Fadil)

Ever since the First Zionist Congress in 1897, the Zionist movement has set a goal the possession of the land of Palestine at any price. This movement realizes the significance of the bond between men and land. It understands that the more a man is tied to his land, the more he is tied to the country in which he lives, and conversely, when this tie is loosened, so will the feelings of the man for his homeland become looser.

To counter that trend, El-Asmar became a founding member of "Al Ard" (The Land) political movement with his mother, also a writer.

"So we did something else: we started publishing a newspaper in Israel called Al-Ard, according to the British Mandate rule for which each person may publish only one issue of a newspaper" he told New York-based activist and film scholar Terri Ginsberg.

They varied the publication's name but kept Al Ard at the center of it.

The result was The Smell of the Land, The Words of the Land, etc., but by the 13th issue Israeli police raided the printing press and confiscated the group's materials.

El-Asmar was falsely accused of being a terrorist and tossed in jail (euphemistically called administrative detention, i.e. no formal charges) in 1969, then placed under house arrest for his criticism of Israel's treatment of its Palestinian citizens.

He was released after then prominent Israeli editor Uri Avnery, Holocaust survivor/author/activist Israel Shahak, the Israeli League for Civil and Human Rights, and Amnesty International came to his defense.

In 1971 El-Asmar was invited on a lecture tour of the United States to tell Americans how Arabs in Israel were treated.

The ultimate irony, he told me, was that he traveled on an Israeli passport and was unable to visit his relatives in the diaspora who had moved to Arab countries.

Except for Egypt and Jordan, most Arab countries are technically in a state of war with Israel, so Israeli passport holders are personae non-grata.

El-Asmar stayed in America, earned a degree in political science, got married, wrote for the Saudi-owned dailies Asharq Al-Awsat and Al Riyadh, and went on complete a doctorate from Britain's Exeter University.

Only after becoming an American citizen could he visit Arab countries to speak at conferences, meet with other intellectuals, and promote his publications. 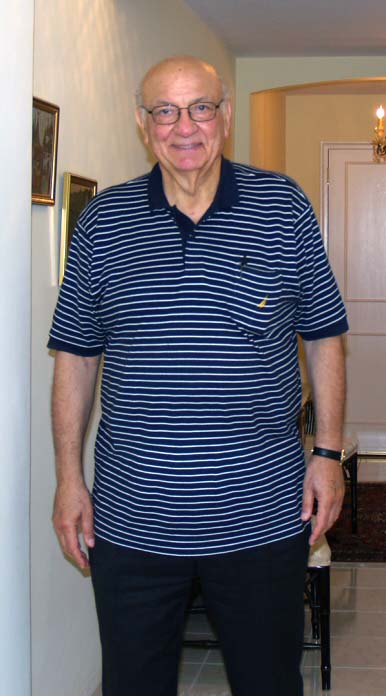 Another famous book, the base of El-Asmar's Ph.D. dissertation that rattled many cages, was Through the Hebrew Looking-Glass: Arab Stereotypes in Children's Literature published in 1986.

His aim was to make Israelis, many of whom had themselves been the targets of stereotyping and persecution, aware of the images they were portraying of Palestinians in commercial children's literature, particularly since many Israelis had never visited Palestinians in their homes or tried to communicate with them. 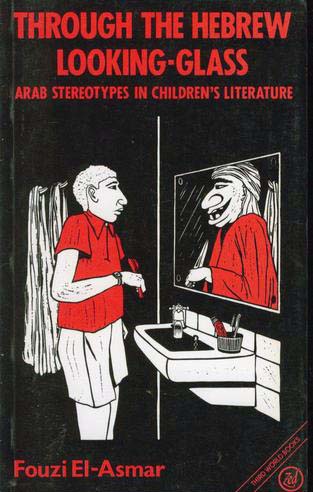 Through the Hebrew Looking Glass (Abu-Fadil)

In Tel Aviv, I'd often meet Israeli Jews who'd say they'd never met an Arab or been to an Arab village. Yet he or she held stereotypical views of Arabs. I knew this had to be coming from somewhere. And it wasn't enough to blame Zionist or Israeli propaganda. We knew of course that the Israeli government wanted to separate Palestinian and Jewish culture, but for other reasons. The Israelis have slogans-for example, they refer to bad work as "Arab work." But what is meant by "Arab work"? How can someone know what "Arab work" is if he's never even been to an Arab village or town?

In many ways, he was larger than life. The tall man's size belied a gentle side.

On the birth of his twin grandsons Omar and Ziyad, El-Asmar wrote:

YOU burst into the world at the autumn of my life,
But lo and behold: the autumn exploded into the Spring,
You opted to land on a frosty morning
Bringing back to life the chirping nightingales
With the flowing tears of bliss,
Two (blooming) flowers
Filling the deserts, wastelands, and pastures
With their sweet fragrance...

El-Asmar was a doting husband, father, grandfather, a devoted friend, and a respected journalist who died this month at age 76, three weeks after the passing of his wife.

He had asked to be buried in his native land.