Just one hundred miles southeast of Los Angeles is a style mecca that has been the source of inspiration for the better half of a century. That destination is Palm Springs, California, a resort area that became a midcentury design phenomenon and continues to influence architecture, interiors and fashion. "With its iconic modernist architecture and spectacular desert setting, there simply isn't any place like it," says Andrea Stanford, who manages the vintage sales for decor site One Kings Lane.

Five reasons why Palm Springs is synonymous with style:

1. It's a hotspot for celebrities. Since the 1920s, A-listers have made this desert area their winter hangout. Daily Mail wrote that back in its heyday, actors like Lauren Bacall, Humphrey Bogart, Lucille Ball, Clark Gable, Charlie Chaplin, Elvis Presley and Liberace would head here to relax, and many owned vacation homes within the city limits. Because of the proximity to Hollywood, they could return to the studio within two hours if they were needed for reshoots. Stanford told us, "it was an exotic resort where a liberated bohemian lifestyle, innovation and new artistic and architectural inspirations and experimentation of all kinds flourished, fueled by commissions from Hollywood stars and moguls who made it their stomping grounds — a glamorous escape where partying, sports, cocktails, socializing, and high style were the order of the day." 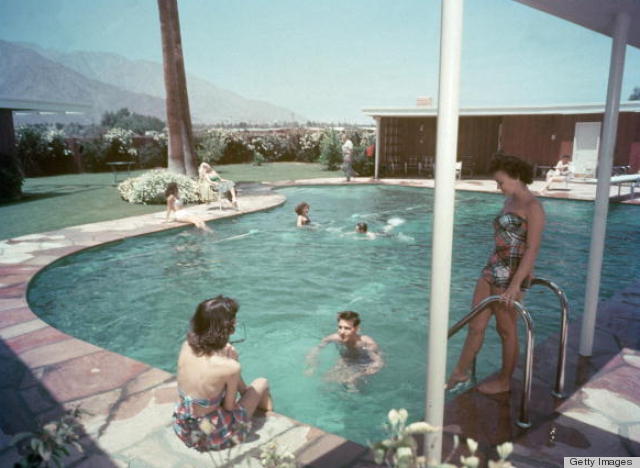 2. The locale is absolutely beautiful. Palm Springs is known for endless sunshine -- approximately 350 days out of the year. And it's set in a serene desert and surrounded by a spectacular mountainous landscape. What could be more glamorous than that?

3. The largest concentration of mid-century architecture is located here. Clean lines, pops of color and a seamless transition between indoor and outdoor spaces have become the hallmarks of the sleek Palm Springs residences and commercial buildings, which is now known as Desert Modern style. "Going to Palm Springs is like walking into the the photography of Slim Aarons, who captured it so well," says Stanford. Some notable architects whose designs put this city on the map are Richard Neutra, John Lautner, Donald Wexler and Albert Frey.

4. Coachella Music and Arts Festival occurs nearby. Only twenty-six miles away in Indio, California, 90,000 people gathered for this April's annual event. Since it was introduced in 1999, performers such as the Black Keys, My Morning Jacket, Prince, Madonna and Jay-Z have taken the stage, bringing throngs of people to the desert. In addition to musical performances, the show is also known for installation art and sculpture.

5. It's home to the Palm Springs International Film Festival. Started in 1989 by then-mayor Sonny Bono, this has become a premier Hollywood event every January. Celebrities like John Travolta, Ron Howard, Halle Barry, Leonard DiCaprio and Anne Hathaway always seem to make the rounds, continuing the area's spirit of being a playground for the stars.

Although a quick trip to this desert oasis could be just what the doctor ordered, it's easy to add a little Palm Springs-style to your own home. "Think fun in the sun through a lens of minimalism, Mid-Century Modern, organic shapes and textures, with chic pops of color mixed in," Stanford tells us. To help you get started, here's a mix of vintage and new items on sale at One Kings Lane and our other favorite sites, all with retro-chic flair. 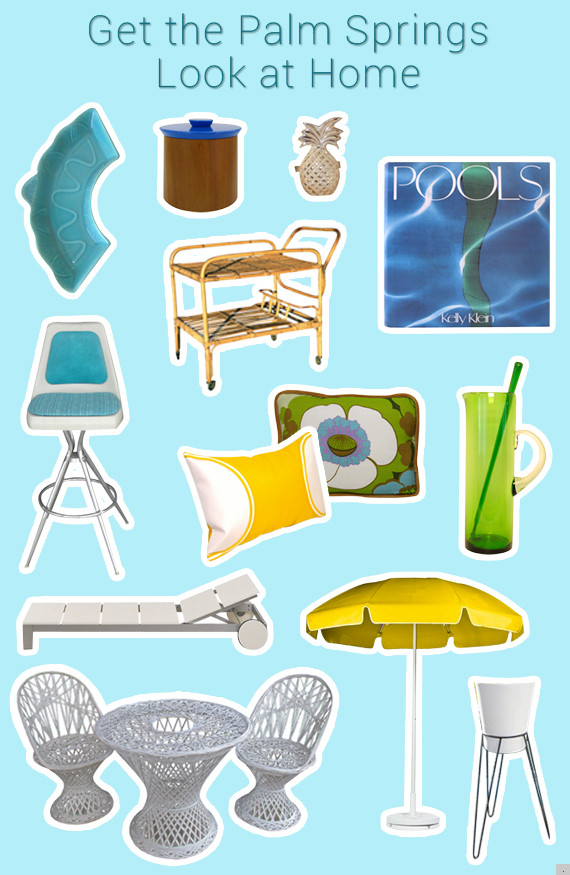 Planning a trip to Palm Springs? Click through our slideshow of fabulously stylish places to stay.