Though she did not know it at the time, Pamela Anderson was an inadvertent participant in a massive stock scam that duped investors out of more than $30 million.

According to Courthouse News Service, perpetrators of the "two separate, large-scale fraud schemes," which reportedly victimized more than 20,000 people worldwide, promoted worthless stock and then sold it at a much higher price

One of the companies involved in the schemes, FrogAds, hired Anderson as a spokeswoman in 2012. The actress promoted the online classifieds website in short video clips posted on Youtube.

U.S. attorney André Birotte Jr. said Anderson did not know she was participating in the fraud at the time she filmed the ad, Southern California Public Radio reports.

"These folks were very sophisticated," Birotte told the radio station. "This was not their first time at the rodeo."

Following a three-year investigation that involved wiretaps, authorities -- led by the U.S. Attorney's Office in L.A. -- indicted the 14 individuals involved on fraud charges.

The two indictments allege that the suspects used marketing campaigns, misleading press releases and payments to stock promoters to fraudulently inflate the prices and trading volumes of public company stocks, many of them trading on the over-the-counter market with share prices in pennies.

One of the scams was allegedly led by Sherman Mazur, who received a six-year jail sentence for a 1993 conviction of tax and bankruptcy fraud, the L.A. Times reports. Regis Possino, a former L.A. county prosecutor who was disbarred following a drug-related conviction, is also suspected of leading a scheme, according to the Associated Press.

Mazur and Possino, who are currently being held without bail, plead not guilty to the charges, but could each face life in prison.

No charges will be brought against Anderson, who is not accused of any wrongdoing. A spokeswoman for Anderson confirmed that she was misled by company officials.

Watch Anderson's promotion of FrogAds in the video below. 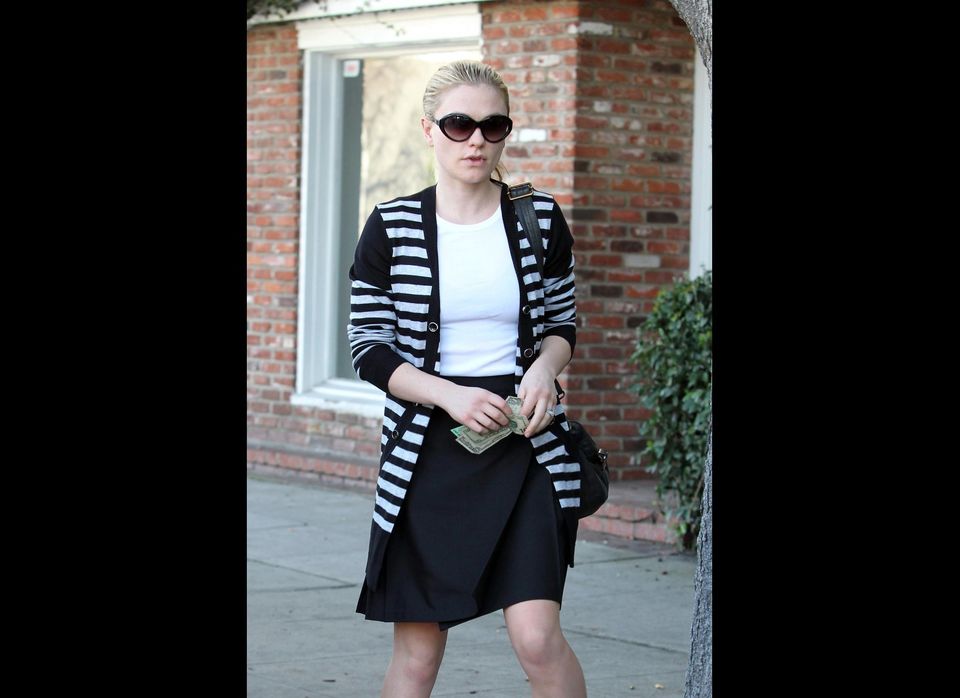