The Brooklyn Museum is hosting the CaribBEING's Heritage Film Series produced by Shelley Worrell as part of New York's observation of Caribbean Heritage Month. On closing night, on Sunday, June 28 2015, the critically claimed musical documentary, PAN! Our Music Odyssey will make its grand premiere, at 2 pm. 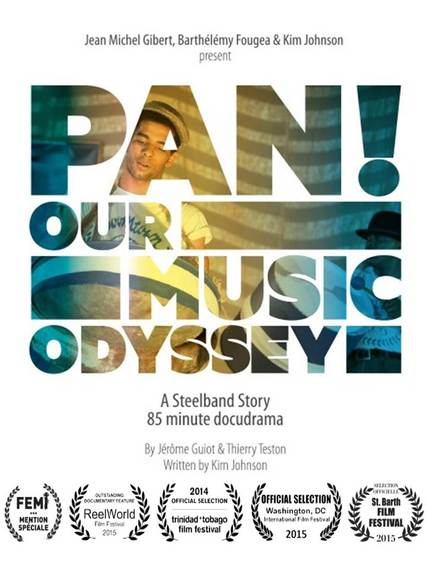 This poignant film which I first wrote about when it was still in production, had captivated me before I even saw it. Now, I am so pleased to say, it has been sweeping film festivals around the world and gaining the favorable attention of critics and audiences alike with its inspirational true story of revolutionary artistic genius birthed in poverty and revolt against the system. Fittingly enough, the Brooklyn Museum is also exhibiting the artwork of the punk, hip hop, graffiti poet Jean-Michel Basquiat and I cannot imagine any better ambiance for PAN!'s premiere than the backdrop of his artistic genius which was also birthed in poverty and revolt against the system.

Basquiat's favorite weapons of choice was a spray can and paintbrush. The weapon of choice for the restless youth of Trinidad's northern ghettos who like Basquiat were brimming over with artistic energy, was the oil drum. Both Basquiat and the young men of The Maltese Falcon, the rebel band featured in the documentary, were considered thugs and had to break the law to breakthrough with their art. Neither knew they would wind up creating a lasting impression that would eternally speak to generations to come. The Trini musical gangsta heroes of this documentary helped their small island give one of its many great gifts to the world, the only entirely new musical instrument of the 20th Century, the steel pan or simply pan.

PAN! was produced by Jean Michel Gibert, Founder and Director of Caribbean Music Group and Maturity Productions, based in Trinidad for the past 20 years. He has produced several music documentaries, among them, Calypso @ Dirty Jims, Soca Power (featuring the most successful soca artists, such as, Grammy and Soul Train award winning Machel Montano and Bunji Garlin) and Calypso Rose The Lioness Of The Jungle. Jean Michel's love for Trinidadian culture infuses everything he does and this film is no different. It was co-produced by the prolific and much celebrated Belgian film maker Barthélémy Fougea, who won the César for best documentary in 2014 for the film, On the Way to School.

In the strictest sense, PAN! is not a documentary but an intriguing docudrama hybrid mixing real life with flashbacks into the past, that are superbly reenacted. The back and forth is seamless as the real-life surviving "bad boys" of pan tell their life-story with a twinkle of mischief in their eyes.

Director Jérôme Guiot brings a haunting, emotional style to the historic fictional scenes and you truly feel like you are in a post-World War II, Trinidad with jazzy calypso, rum and American GIs (The United States had a military base here during that war) lingering around while the lower classes become restless against the British colonial system. His documentary segments are crisp, lively and bursting with positive human energy. There is a sweetness and innocence in the adventuresome young people who are pan's new generation of musical rebels.

What sets PAN! apart as a documentary is the brilliance of screenwriter, Dr. Kim Johnson, the leading pan researcher in T&T and the "Guru of Pan". Dr. Johnson, is a Trini-born, Senior Research Fellow at The Academy for Arts, Letters, Culture and Public Affairs at The University of Trinidad and Tobago (UTT) and is the foremost expert on the historical, social and artistic poignancy of the steel-pan. A pan lover since childhood, he has dedicated his life to ensuring the steel-pan is remembered by generations to come, writing four books on his first love, the most recent being, The Illustrated Story of Pan, (2011, Published by UTT Press). You will leave this film with a spring in your step and music in your heart and then it will dawn on you that you just got the best college lecture on the subject possible. 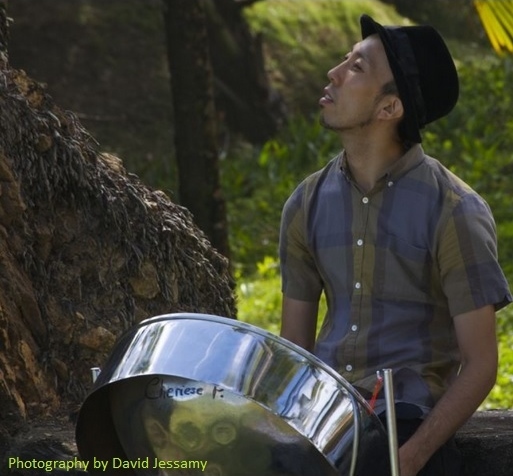 Today, the steel-pan is one of our precious uniting forces on the planet. There is no male, female, black, white, Asian, rich, poor in a steel pan band as they sway in perfect harmony like one organism. From the slums of yesteryear, pan now graces concert halls and the school music rooms of prestigious institutions around the world and features in modern music like Jane's Addiction's Jane Says. If you need a break from the strife, hatred and violence currently dominating the headline news, go see this film about a musical instrument that is bringing people together like never before on the shores of a small island called Trinidad. If you would like to know more about the screening please contact: http://www.pan.tt