Tax avoidance is legal. Tax evasion is not. The U.S. tax code is full of various tax loopholes which allow taxpayers to legally avoid paying taxes.

While honest and hard-working Americans pay taxes, tax cheats use offshore or secretive shell companies to hide their ownership in order to evade taxes. Worse yet, those hiding ownership of their illicitly gained assets and laundering the proceeds of crime include the world's corrupt government officials, dictators, and tycoons who have amassed tremendous unexplained wealth, and transnational organized crime networks and terrorists using offshore jurisdictions and anonymous shell companies.

As long as criminal networks, terrorist networks and rogue states are able to use offshore structuring; they will continue with crime and terrorist attacks unhindered.

More than 1,200,000 people crossed over via land and sea into Europe within one year. Among the migrants were refugees fleeing the war in Syria, economic migrants coming from Asia and Africa, and radicalized Islamists. Whether economic migrants looking for a better future in the West, or refugees fleeing the war, these people have been impoverished and deprived of their freedom for decades, by dictators and authoritarian regimes, who have been siphoning off the funds to anonymous accounts into Western banks. 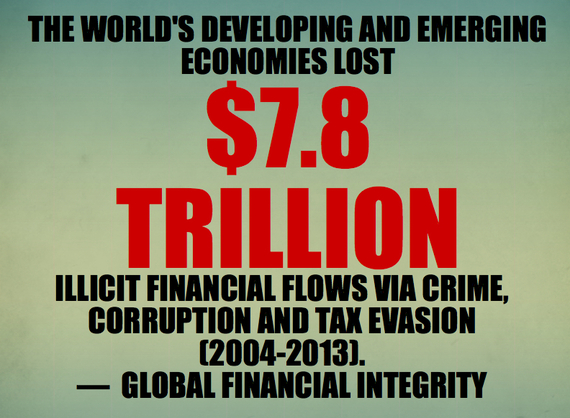 In its December 2015 report, "Illicit Financial Flows from Developing Countries: 2004-2013," Washington, DC-based Global Financial Integrity (GFI) found that developing and emerging economies lost US$7.8 trillion in illicit financial flows from 2004 through 2013, with illicit outflows increasing at an average rate of 6.5 percent per year--nearly twice as fast as global GDP. 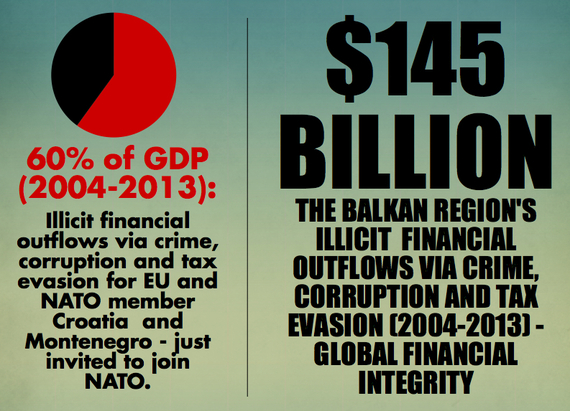 Think about billions of American taxpayers' dollars sent as aid to corrupt regimes, whose dictators and corrupt officials are siphoning off that money, and stashing it in their private accounts through offshore structuring. According to the GFI report, in the Balkans alone, over $145 billion of illicit financial outflows via crime, corruption and tax evasion were sent to foreign accounts and tax havens. NATO member country Croatia, and NATO candidate country Montenegro have each lost 60% of their respective GDPs (measured in 2013) to illicit financial outflows via crime, corruption and tax evasion during the period 2004-2013, with significantly larger amounts since the Balkan wars of the 1990s.

Getting Rid of Anonymous Offshore and Secretive Shell Companies

The following is a list of winners and losers of the Panama Papers' release. The winners would benefit from the dismantling of secretive/anonymous off-shore and shell companies. This list is not all-encompassing but more instructive to provide understanding of the scope of the off-shore structuring plague.

1. Average taxpayers of the Western world.

9. Think tanks advocating for the above.

10. Lobbyists hired by the above.

The winners of Panama Papers release are not only more numerous, counted in absolute number of individual winners. Moral authority is on their side!

The losers of the Panama Papers release are certainly less numerous. Unfortunately, we allow them to define the political discourse today, influence public opinion, formulate public policy, subvert the rule of law, stump free speech and freedom of the media, cause wars and calamities.

Now is the defining moment to begin dismantling offshore structures and deliver a major blow to terrorism financing, organized crime and dictators around the world. Tracking the stolen funds from taxpayers around the world and retrieving them to the impoverished taxpayers must become a major priority for the rule of law nations.

Tax evasion by American taxpayers should be dealt with in an incentivized way by implementing tax reform which will simplify the tax code, eliminate double taxation, lower the rates, and apply territorial system of taxation (eliminate taxation of the world-wide income).

Those in power who are touting to get rid of tax avoidance, should consider implementing the flat tax, with no loopholes, exemptions and special deductions, which legally facilitate tax avoidance.