A short video before she spooked herself and decided to stop playing. Happy Monday everyone!

This spunky kitten almost didn’t get a chance.

Now named Pancake, the 10-month-old feline was born with a skeletal deformity that left her with a missing front right leg and a folded front left leg that couldn’t be used for walking. 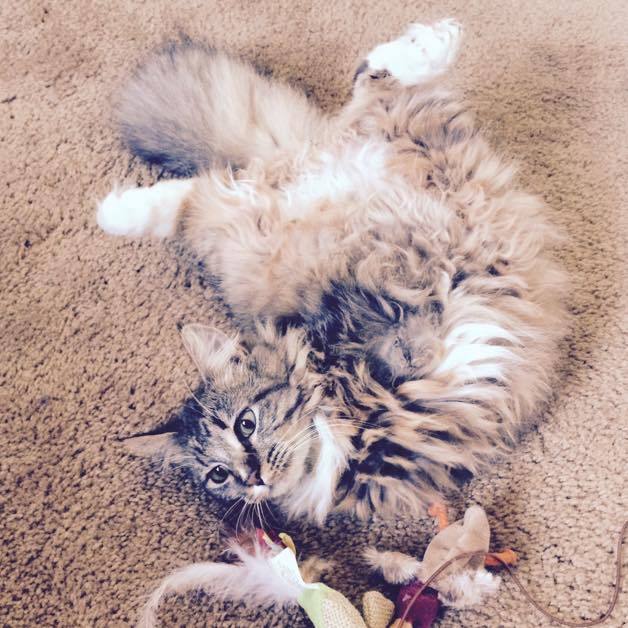 Meagan Malone, 31, said her sister told her she knew of a family who had a two-legged cat they couldn't take care of. That family was planning to have the gray fluffball put to sleep, until Malone got in touch and said she’d take the pet. Malone took the cat home in August 2014.

Malone said she was worried during the first week or so she had Pancake, thinking she may have made the wrong decision. “She didn’t really move or play,” the Idaho woman said. 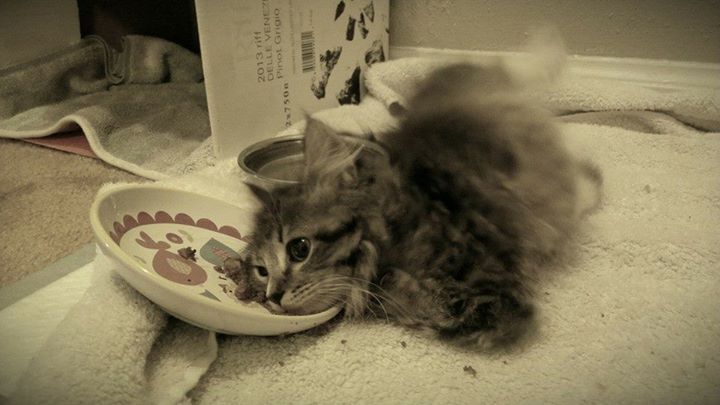 As Malone continued to care for the kitten and encourage her to walk and stand up, Pancake began to adapt.

“She started standing up, she started to hop around, she started eating out of a bowl. That was a big step for her,” Malone said. The tiny cat, who used to just lie in one spot, quickly became “very playful and really affectionate.”

These days, Pancake walks on her back two legs, hunched over “like a little old person,” Malone said. When the cat tries to run, it’s more like a hop, with Pancake propelling herself forward with her back feet and landing on her chest. For this reason, Malone has placed “landing pads” made of towels and blankets around the house, so Pancake can jump off of furniture without hurting herself. 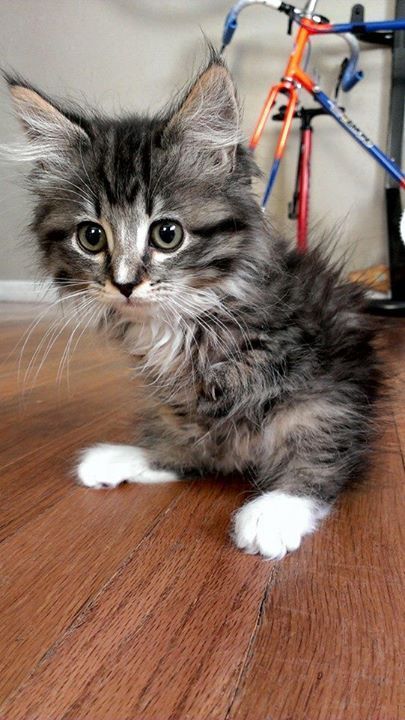 For the most part, though, “she’s a normal little kitten,” Malone said. “There’s nothing wrong with her as far as she’s concerned. Like any other cat, she wakes me up really early in the morning. She likes to be pet and cuddled.”

Malone said veterinarians have told her Pancake is not in any pain, though they do worry the cat might develop back problems as she gets older. 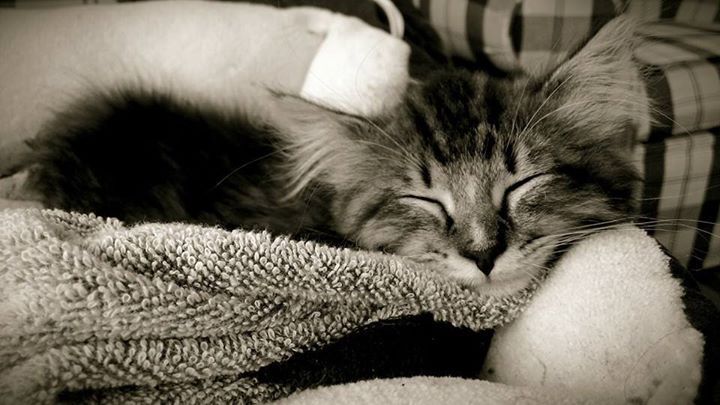 Pancake has even made another animal friend -- Malone’s sister’s basset hound, Gretel, who Malone said seems to be inexplicably afraid of Pancake. The two play together, but Gretel frequently hides from Pancake, Malone said.

Malone attributes Pancake’s burgeoning fame to both the Internet’s love for cat's and to Pancake’s inspiring attitude.

Pancake’s Facebook fan page as over 14,000 likes, and Malone says she’s gotten a lot of support from the online cat-loving community -- including some help and advice from the family of Mercury, a famous feline who also has only two working legs.

“A lot of people can relate to this little kitten,” Malone said. 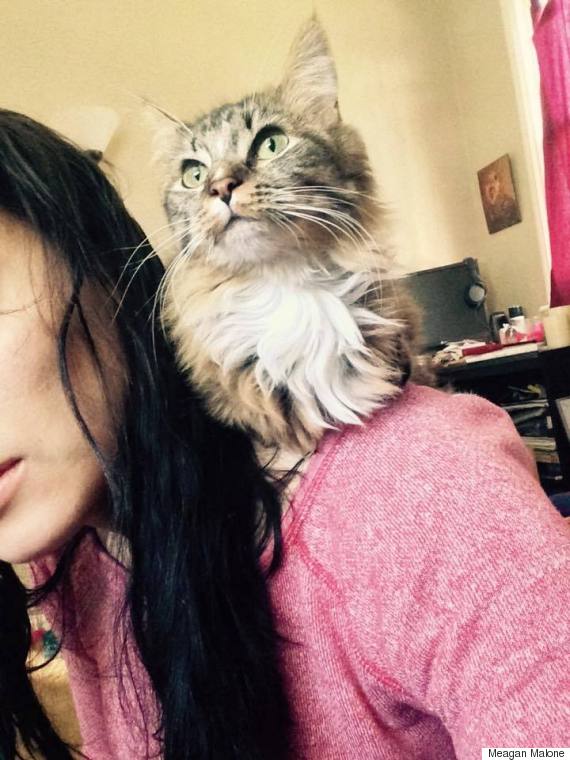 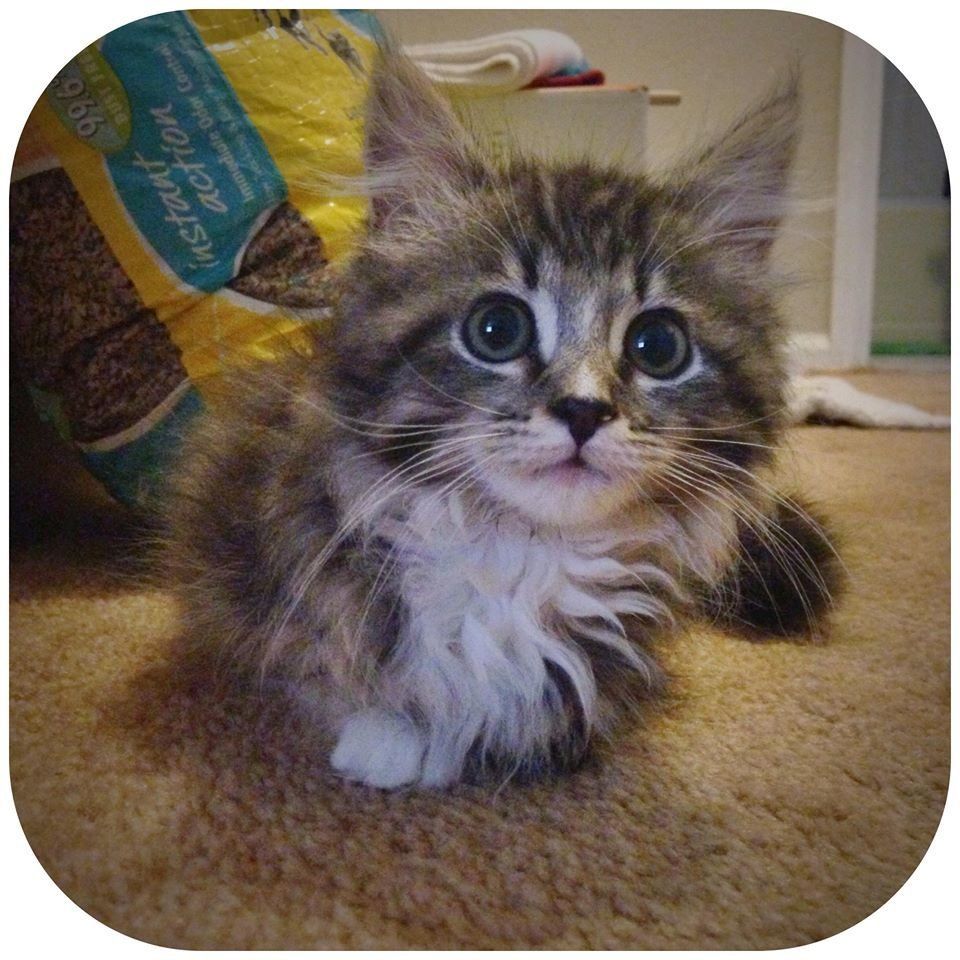