"We do not retain in memory complete books identical to the books remembered by everyone else, but rather fragments surviving from partial readings, frequently fused together and further recast by our private fantasies...The title of the work, its place in the collective library, the nature of the person who tells us about it, among many other instances, offer alternatives to the book itself that allow us to talk about ourselves." ― Pierre Bayard 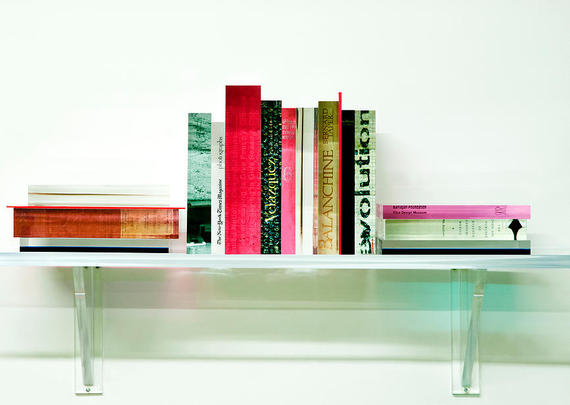 Books have always been symbols as much as objects -- perhaps even more so. When they were precious and rare, owning them was a sign of power and wealth. When they became widely disseminated, they (and the access to knowledge they represented) were seen as a threat to those social structures. In more modern times, the book has become a bit of both. A collection, a library, or just what's on your shelves or coffee table now says as much about you as the clothes you wear, and people curate their bibliographic displays as much for public appreciation as for personal expression. Moreover, every book collector has their own unique system for organizing their volumes -- by author, subject, binding, jacket, language, date, size, circumstance, and intuition. Connections between and among them are organic, malleable, arbitrary, and their jostling itself can yield unexpected poetry. 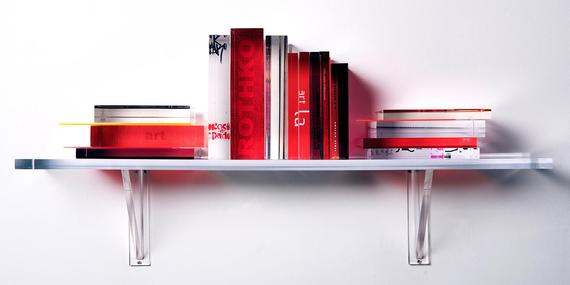 Artist Pancho Luna remembers his grandmother's library as an eclectic and rather magical place. It contained volumes of volumes in several different languages, which didn't matter all that much since he started exploring them long before he could read anyway. It turns out there's more than one way to read a book, though, and Luna became enamored of them all -- as pure color, shape, smell, texture, typeface; as repositories of photographs, illustrations, reproductions; and ultimately as sites of experience and triggers of memory -- in short, as both symbols and objects. And it is precisely this multifaceted power to impart knowledge by means other than words on pages which Luna explores in his luminous, alluring, and deceptively simple sculptural works in which recreations of curated bookshelves are rendered in transparent Lucite to powerful, nuanced effect. 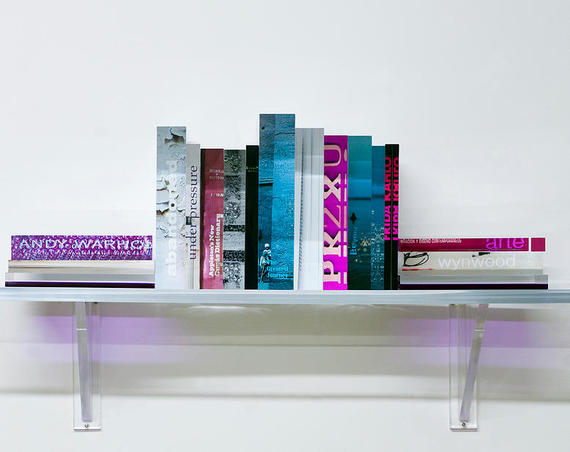 Recreating the esoteric quality of his experiences in those early heady days alone in the family library, Luna engineers quasi-architectural arrangements in which sequences of individually fabricated "books" are placed as carefully as still lifes. Much like those volumes he could not yet read, the seductive appeal of these sculptures is, at least at first, almost entirely aesthetic. The clear, chromatically lined blocks are stacked, aligned, and tilted, setting slivers of fine lines and bright colors in staccato rhythms that flicker and change as the viewer moves across and around, peers inside and pulls away again. Their capturing and refracting of ambient light in blended, geometrical abstraction recalls the materialism of Light & Space artists like Vasa or Larry Bell. And after all, he's a sculptor, not a writer. 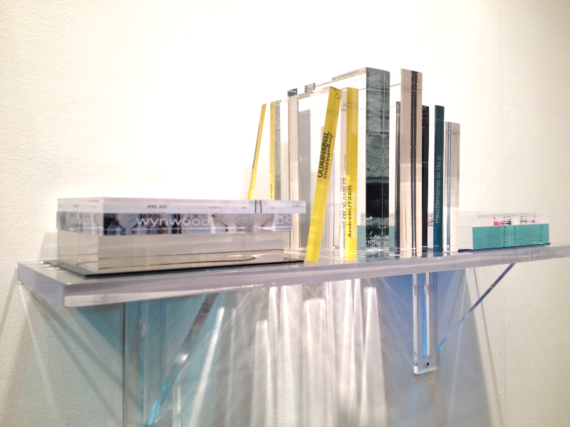 And yet, Luna is no pure abstractionist. Fundamentally, he is a storyteller interested in communicating fresh ideas about art history, global political and social issues, technology, science, architecture, music, religion, and cultural identity. Thus each bookshelf must also be understood as a narrative contained within itself, one that unfolds not only through Luna's deft and refined beckoning formalism, but also through evocative meanings generated by choices that are in no way accidental. Though these books cannot be opened, they can very much still be read. 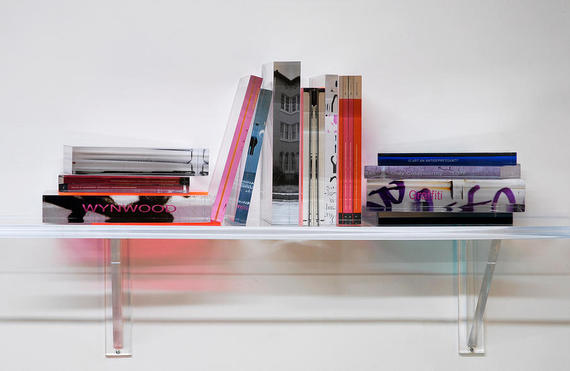