Some happy news from Washington: The National Zoo's three and a half week old baby panda had her first full checkup this week, and she seems to be doing well.

The zoo said in a press release that it was able to retrieve the baby, born on Aug. 23, when mom Mei Xiang put her down at 4:11 p.m. on Monday to eat bamboo and drink some water in an enclosure adjacent to the pandas' den.

The baby, who won't be named until she is 100 days old, now weighs just under two pounds -- more than twice her weight two days after birth, when she was given a preliminary health check. The baby has the "signature black markings of a giant panda" though her eyes aren't yet open, said the zoo release. She's 10.6 inches long and (squee!) 9.8 inches around the belly.

“It’s amazing to see how much she has grown in less than one month,” said Brandie Smith, senior curator of mammals and giant pandas. “Mei Xiang continues to be a great mom, as she was with her first cub, Tai Shan, and it shows.”

The zoo said that Mei, being a great mom, picked up the cub and started grooming her as soon as the exam was over, at 4:31 p.m. 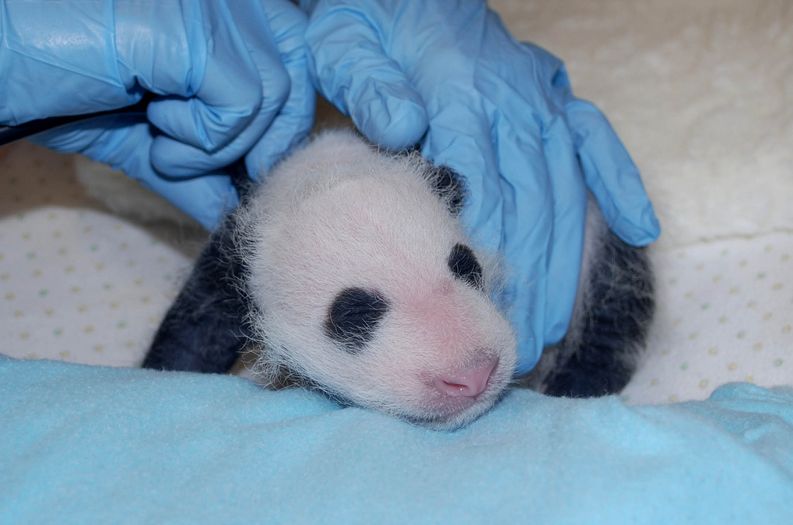