On an expedition to South Sudan last year, DeeAnn Reeder, Ph.D., an associate professor of biology at Pennsylvania's Bucknell University, uncovered something extraordinary: a new genus of bat that she calls the "find of a lifetime."

The striped "panda bat," as it has been dubbed for its similarity to the species of bears, is the first of its kind collected in the African country.

Speaking to The Huffington Post, Reeder reminisced on the night team members set up camp around a little pond in the Bangangai Game Reserve, placing nets around the water to trap bats and other small creatures for their research on the biodiversity of the region.

"We turned on the lights, and I saw this extraordinary animal in my net," she said.

Reeder said she had a feeling the specimen was an important find, so she called out to Adrian Garside, an officer with Fauna & Flora International who was along for the trek, to secure the animal.

"Put your hands on it, and don't let go," Reeder recalled saying at the time.

Reeder did not have any idea of what she had caught until a few weeks later in Juba, when she was finally able to send photos of the animal to other experts. Colleagues suggested that the bat was actually a Glauconycteris superba, a species of bat first discovered in the Democratic Republic of the Congo in 1939.

However, Reeder was skeptical. She had seen Glauconycteris superba in the field and the Sundanese specimen looked markedly different -- from the shape and size of its skull to its unique stripes. It wasn't until the bat was sent to the Smithsonian Institution in Washington, D.C., for analysis that they determined it did not fit into the Glauconycteris genus.

"It was clear that it was a new genus," Reeder told HuffPost, adding that the find really speaks to the "depth of the biodiversity" in the region located in eastern-central Africa.

Choosing a tribal name in order to "recognize that this bat belongs to the people of South Sudan," researchers christened the new genus as "Niumbaha," which means means "rare" or "unusual" in Zande, the language of the people in the area.

The team detailed the discovery of the Niumbaha superba in a recent edition of ZooKeys, a peer-reviewed academic journal. According to a statement released by Bucknell University, the bat is the "fifth specimen of its kind ever collected."

As for the creature's nickname, "panda bat," Reeder said she's never thought to call it that. Instead, she thought the bat's stripes were more akin to the markings of a badger.

"We've suggested the common name be badger bat," Reeder said. However, she says she sees the resemblance to a panda, particularly in patterns on the bat's face.

Funded by two $100,000 grants from the Woodtiger Fund, a private research foundation, Reeder is set to return to Africa in May to continue her exploration.

"It's really just the tip of iceberg, Reeder said of the biodiversity in South Sudan, which has been largely unexplored by biologists because of the region's ongoing conflict. "There is so much that remains to be discovered there." 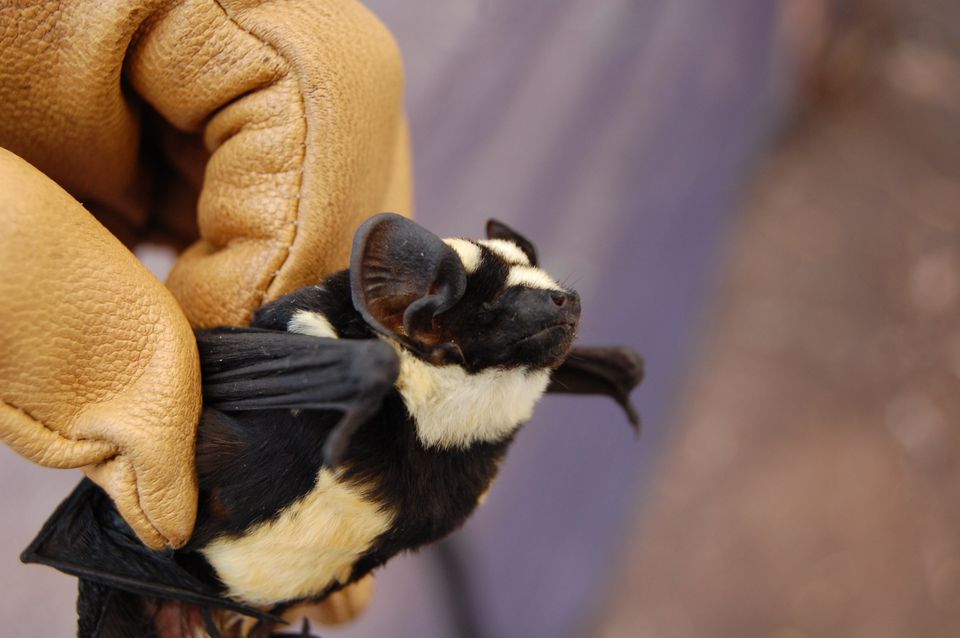