Have you heard about the best job in the world? It's in China, being a panda caretaker at the China Giant Panda Protection and Research Center in Ya'an.

According to China Daily, those who wish to partake in this amazing opportunity -- which pays about $32,000 per year, plus meals, board and the use of an SUV -- should be 22 years old or older, and have writing and photography skills as well as "some basic knowledge of pandas."

Here's some knowledge for you -- though, unfortunately, it's kind of depressing: Generous estimates show fewer than 2,500 giant pandas in the wild, and the International Union for Conservation of Nature says that population is going down, partly as a result of habitat loss, and partly because of restricted bamboo supplies. (Pandas are technically carnivores, but they eat mainly bamboo -- again, problematic, since bamboo does not provide much nutrition, which is why pandas have to spend about half their day eating.) 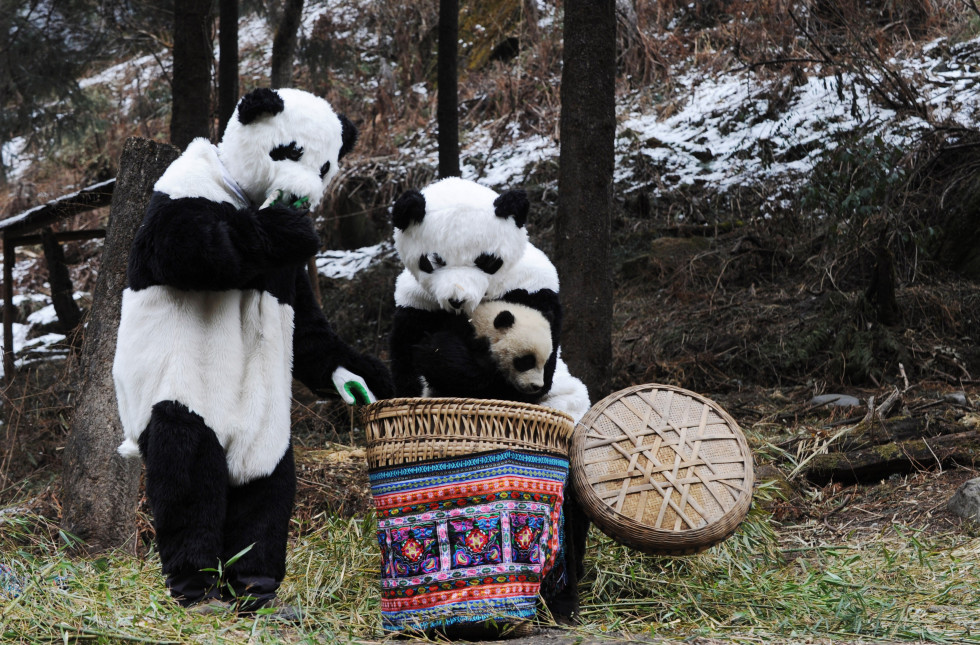 Giant panda cub Tao Tao is the first animal to be subjected to the program involving feeders who perform routine checks dressed in special costumes as pandas, to reduce human influence in the environment. Photo credit: China Photos/Getty Images

An executive with Ford Motor Company, which is co-sponsoring the panda nanny recruitment drive, told China Daily of one potential downside to this gig: " We expect that the applicants will be mainly white-collar workers from big cities," Ye Mingxin said. "They are used to eating whatever they want, but inside the giant panda base, the choices will not be plentiful." We expect there will be more than bamboo, anyway.

Here's the recruitment website -- which is, well, a little confusing, outside of the part that says "Most FUN Job." That's pretty self-explanatory. (Duh, panda nanny).

There appears to be something of an audition process involved with the getting of this gig. And maybe someone can write in to explain to us this related site?: 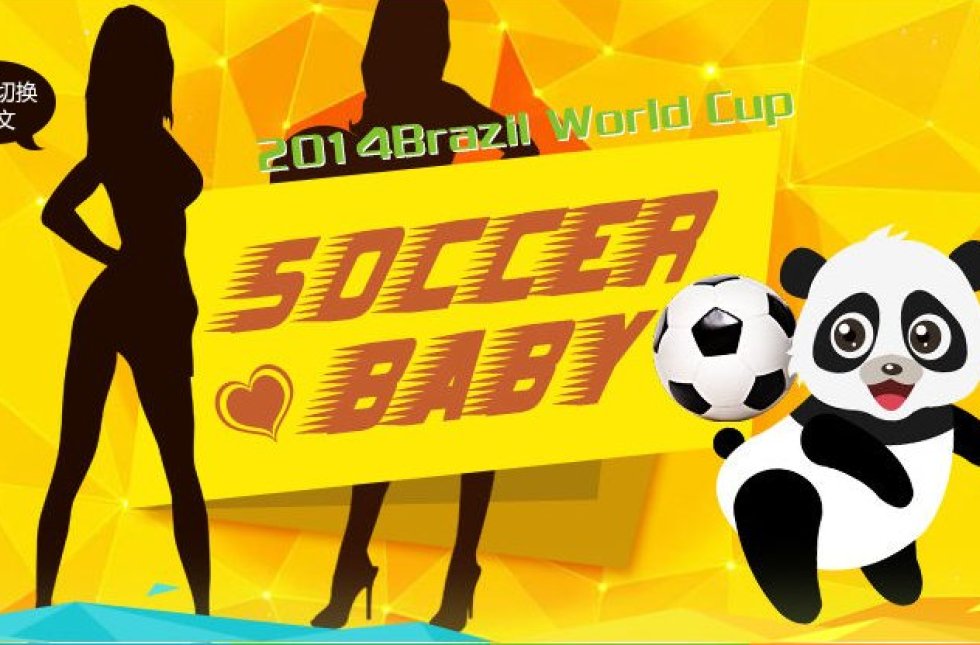 One of the purposes of this panda nanny program, China Daily reports, is to increase awareness of and interest in pandas. We're aware! And interested! But, of course, not all of us can actually become panda nannies. Some of us can't even figure out how to apply for the job. (That WEBSITE.)

Believe it or not, there are some apostates who probably won't think being a panda caretaker is the best job in the world; some people question the value of panda breeding programs at all, arguing that giant pandas aren't worth saving.

We can only respond that the four parties who spent $6,000 each for a private audience with the National Zoo's panda cub, Bao Bao -- and the various countries involved with the fraught, exciting, adorable world of "panda diplomacy" -- would likely disagree.

As would the reportedly 100,000-plus people who have apparently successfully navigated that confounding website and applied so far for the panda nanny job. Applications are open until July 15 -- good luck! 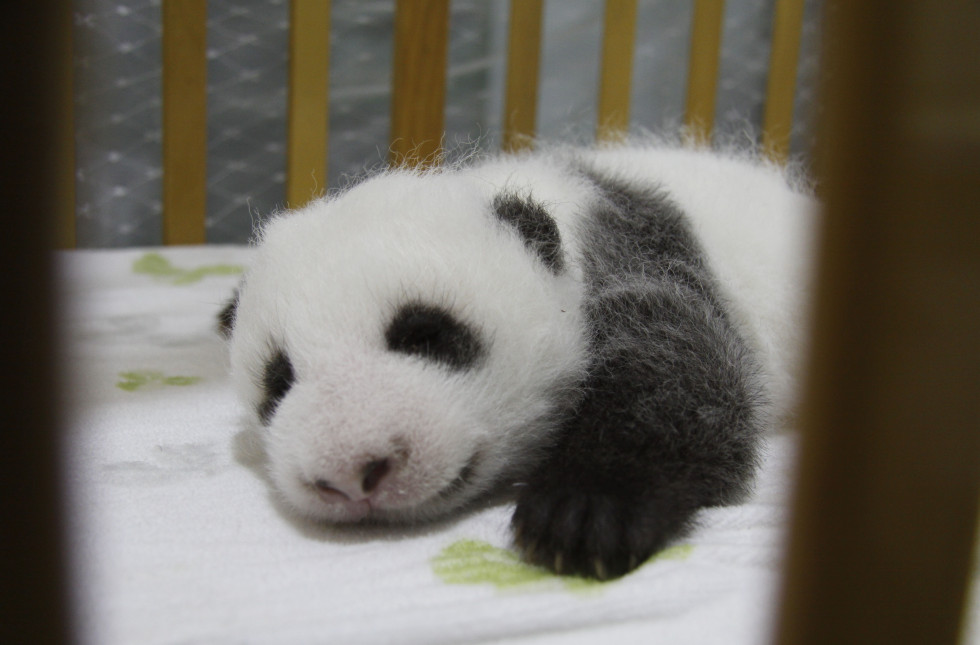 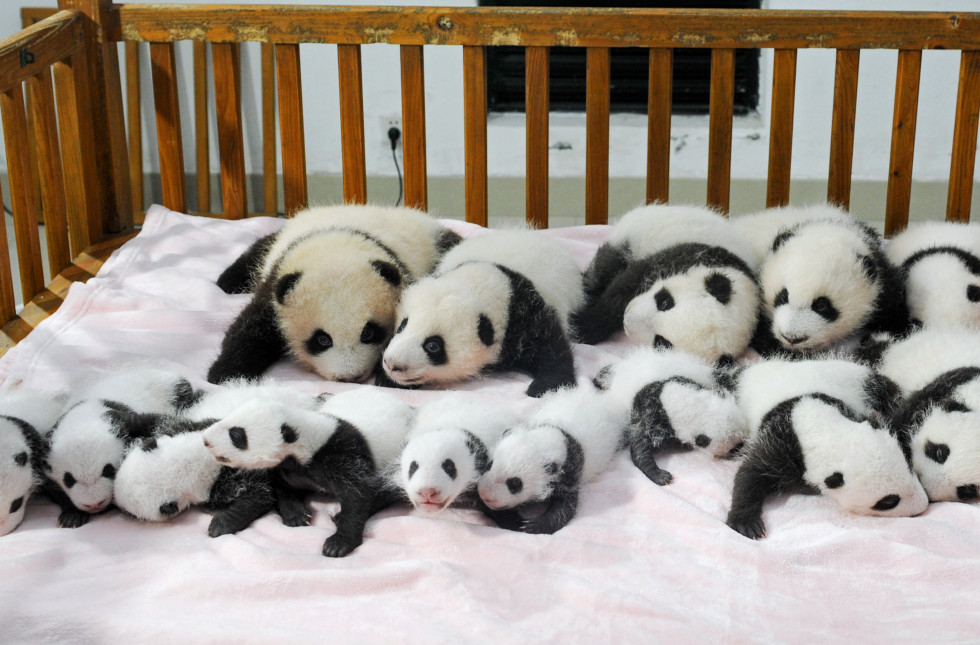 This picture taken on September 23, 2013 shows new-born panda cubs displayed on a crib during a press conference at the Chengdu Research Base of Giant Panda Breeding in Chengdu, southwest China's Sichuan province. Photo credit: STR/AFP/Getty Images

Get in touch at arin.greenwood@huffingtonpost.com if you've got an animal story to share -- or if you can make heads or tails of that website!