Drop everything and prepare for cuteness — a new baby panda could soon be welcomed into the world.

Lun Lun, one of Zoo Atlanta’s resident giant pandas, is expected to give birth sometime within the next three weeks, the zoo announced Thursday. A recent ultrasound showed the fetus is currently about a third of an inch, and hormone analyses and behavior monitoring suggest the baby is coming soon.

Though Zoo Atlanta is optimistic about Lun Lun’s pregnancy, there is a chance that it could fail. “Fetal reabsorption” is common in giant pandas, according to the zoo’s press release.

If the pregnancy is successful, the zoo says the new cub would be the first giant panda born in the U.S. in 2016.

Lun Lun, 18, is already a mother of five with her mate, Yang Yang, who also calls Zoo Atlanta home.

The last time Lun Lun gave birth was in 2013, when the world met two incredibly adorable panda cub twins ― and couldn’t get enough of them. The twins still reside at Zoo Atlanta with their mother and celebrated their third birthday last month.

If you can’t make a trip to Atlanta to see the pandas in action, Zoo Atlanta set up a live-streaming panda cam that lets you take a peek at the fluffy family from afar.

Lun Lun will probably be out of sight for the next couple of weeks as the zoo puts her on 24-hour “birthwatch” in her off-exhibit den beginning Aug. 22.

If and when the baby arrives, we’re sure this awesome panda family will welcome the cub with open arms and, of course, plenty of bamboo.

Get Ready, World: A New Baby Panda Is On The Way
Adorable Baby Pandas Showed Off In China 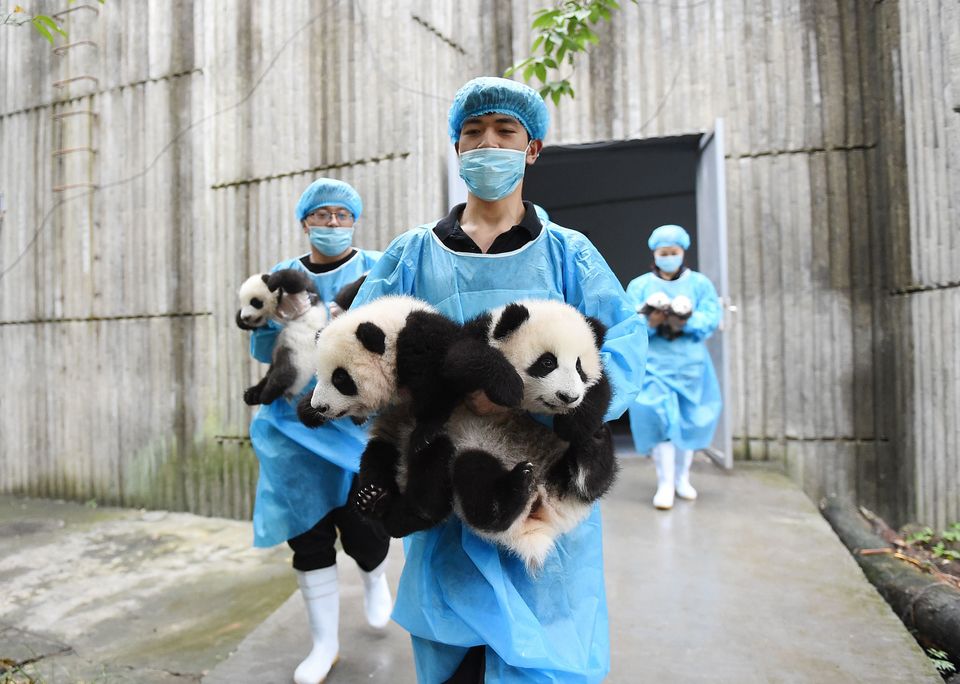